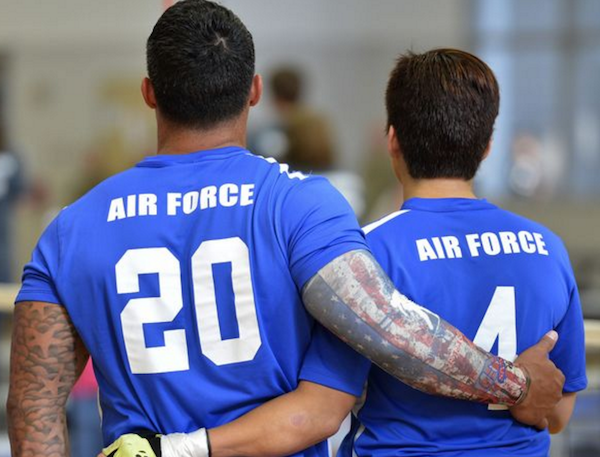 After moving to Houston two years ago, Bora Chang finally started receiving overdue medical treatment for injuries incurred during a decade of military service and a rocket attack in Iraq. Doctors here finally diagnosed her bone and joint problems, and she began the process of addressing them. But then, earlier this year, schedulers at the VA Medical Center in Houston began canceling her physical therapy appointments, often haphazardly and without warning, she said. | Houston Chronicle >>

As House Democrats staged a Wednesday sit-in to force their chamber’s leaders to move gun control legislation, a group of senators took to the Senate floor in an attempt to jump start sweeping veterans legislation stalled behind the scenes by their colleagues. | Military Times >>

Congress was poised Thursday to lift a 24-year ban on wounded veterans receiving fertility treatment through the Department of Veterans Affairs following a landmark agreement between the House and Senate. | Stars and Stripes >>

As Iraqi forces move through Falluja, the city is yielding the grim remnants of more than two years of Islamic State rule. Beheaded and decaying bodies. Clumps of facial hair from fighters who shaved their beards to blend in with fleeing civilians. A prison where detainees were held in cages suitable for a medium-sized dog. | New York Times >>

On a bright day in downtown Kabul, Jagtar Singh Laghmani was in his traditional herb shop when a man turned up, drew a knife and told him to convert to Islam or he would cut his throat. Only bystanders and other shopkeepers saved his life. The incident earlier this month was the latest attack on a dwindling community of Sikhs and Hindus in Afghanistan, a deeply conservative Muslim country struggling with growing insecurity caused by an Islamist insurgency and economic challenges. | Reuters >>

The United Nations has warned that fighting against Islamic State in Iraq could force up to 2.3 million people from their homes this year, as the battle for Falluja grinds on days after Baghdad officially declared victory. A loose alliance of government forces, local fighters and Shia militias, backed by airpower from the US-led coalition, has managed to push back Isis militants from large parts of the city in recent weeks. | The Guardian >>

General Motors said Thursday that it is collaborating with the U.S. Navy to incorporate automotive fuel-cell technology in future unmanned underwater vehicles. This is the automaker’s second recent collaborative effort with the U.S. military. Last November GM and the U.S. Army signed a contract to build and demonstrate a fuel-cell reconnaissance vehicle for the U.S. Army Tank Automotive Research, Development and Engineering Center (TARDEC) in Warren, Mich. | USA Today >>

The Marine Corps acknowledged Thursday it had misidentified one of the six men in the iconic 1945 World War II photo of the flag-raising on Iwo Jima. The investigation solved one mystery but raised another. The Marine Corps investigation identified a man who has never been officially linked to the famous photo: Pvt. 1st Class Harold Schultz, who died in 1995 and went through life without publicly talking about his role. | USA Today >>

A 19-year-old just became the first woman to enlist in the Marine Corps with a contract to train for the infantry. The woman, who asked not to be identified, is expected to ship to boot camp between October and December, said Master Sgt. Bryce Piper, a spokesman for Marine Corps Recruiting Command. | Military Times >>

Brad Snyder, who competes as an S11 Paralympic athlete, is up for the Best Athlete With a Disability Award. Snyder lost his vision while serving in the United States Navy in Afghanistan as a member of Operation Enduring Freedom in the summer of 2011. The explosive that took Snyder’s vision was buried in the ground when he happened upon it, and Snyder is very lucky to not have lost any limbs or endured any other physically crippling damage. | Swim Swam >>

Three weeks into his fourth tour in Iraq—on April 7, 2007—Henline’s Humvee was blown up by a roadside bomb. He was the only survivor of five soldiers. Henline was burned over 38 percent of his body; he spent 6 months in the hospital and was in an induced coma for about 3 weeks. | EPOCH Times >>

“I came home and was completely different,” Young says. “My daughter didn’t understand why her mom was in a wheelchair, and the greatest challenge was explaining to her that I could no longer just get up and do the things we used to do.” | National Veterans Wheelchair Games >>