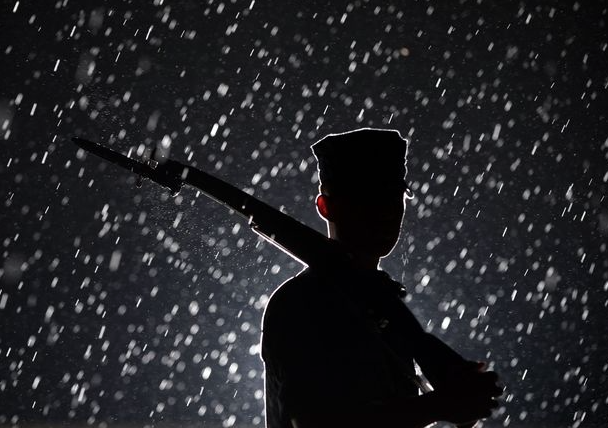 While it took nearly three decades for the U.S. government to eventually link Agent Orange, the defoliant used in Vietnam, to cancer, President Obama has pledged quick action to make determinations about the effect of the burn pits on perhaps as many as 60,000 U.S. troops in Afghanistan and Iraq. | Star Tribune >>

The Department of Veterans Affairs needs to explain why the number of legal settlements more than tripled over the past five years, the chairman of the House Veterans Committee said. The VA also must detail what workers, if any, were punished for the medical malpractice cases and bungled construction projects, said Rep. Jeff Miller, a Florida Republican. | New York Daily News >>

The Department of Veterans Affairs will no longer use its authority to fire senior executives in an expedited manner — dropping a key portion of a law Congress passed two years ago in response to a nationwide scandal over long wait times for veterans seeking medical care. Deputy VA Secretary Sloan Gibson said the agency was forced to abandon the new authority after the Justice Department said it would no longer defend the provision in court. | The Associated Press >>

In the days leading up to the storming of Falluja by Iraqi forces, Brig. Gen. Hadi Razaij, the leading Sunni police commander in the campaign, sat on a cot in an abandoned house near the front line. He described the resistance that lay ahead: a determined force of hundreds of jihadists that had months to prepare. | New York Times >>

A foreign drone strike and ensuing ground operation by Afghan forces have killed more than two dozen Islamic State loyalists in eastern Afghanistan, local officials said. Islamic State militants have occupied large areas of Syria, Iraq, and Libya, but have struggled to establish a foothold in Afghanistan. | Stars and Stripes >>

Iraqi Prime Minister Haidar al-Abadi proclaimed victory over the Islamic State in Fallujah on Friday after a day of rapid advances that drove militants from the city center, the most significant development in a four-week offensive to retake the city. | Bloomberg News >>

Standing before a crowd of nearly 2,000 in Bath, Maine, Sally Monsoor, the mother of fallen Navy SEAL Petty Officer 2nd Class Michael Monsoor, honored her son Saturday by christening the ship that will bear his name. The 610-foot, 15,000-ton USS Michael Monsoor is the U.S. Navy’s second Zumwalt-class guided-missile destroyer, named in tribute of Monsoor, who was killed in 2006 during the Battle for Ramadi when he leaped on a grenade to protect his comrades. | CNN >>

The High Intensity Tactical Training Ultimate Tactical Athlete Championship will include roughly 30 events such as a 100-yard, uphill climb with an 80-pound pack to retrieve and return ammo cans; 10 cannonball push-ups while wearing 40-pound vest; a 300-pound chain drag; a 400-meter speed lap with a 40-pound vest, weapon, and ammo can. | Marine Corps Times >>

“We trained to come out here and compete and win,” Range said, adding, a word of advice to future competition hopefuls. “Don’t let anybody tell you that you can’t do something because of injury or illness. Hold yourself to a higher standard.” Female Army veteran athletes also represented well, with Spc. Sidney Davis and Sgt. Monica Southall earning gold in their women’s standing shot put categories. | Defense.gov >>

Harmon lost his legs when a hidden improvised explosive device detonated while he was on his first Army deployment in Afghanistan four years ago. Since then, riding his Harley Davidson has become especially important. “The biggest thing for riding my Harley is it’s very, very freeing,” explained Harmon, 23, who lived with his family in Cedarville before joining the Army in 2011, shortly after graduating from Surprise Valley High School. | Herald and News >>

“The kids surrounded us,” Preston recalled, “and they were clapping and singing, ‘Good, good America! Good, good America!’ I remember going, ‘OK, this is what it’s about, win the hearts and minds of the Iraqi people.’ It made no sense up until that moment.” A lot of cosmic puzzle pieces fell into place that day. Preston, who grew up on a Kentucky tobacco farm, was in Iraq because he enlisted in the Marines like his father and two older brothers. And having followed his father’s bliss as a songwriter and performer, there was only one way for Preston to end that day. | The Mercury News >>