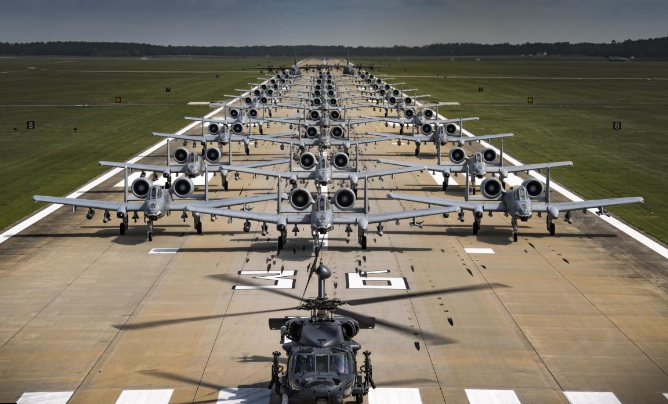 Sadly, researchers have found that after U.S. forces began withdrawing from Afghanistan in 2011, death by suicide surpassed war-related deaths – making it the second leading cause of death, after accidents, among active service members in 2012 and 2013. Furthermore, the Department of Veterans Affairs (VA) estimates that up to 20 percent of U.S. military personnel who served in Iraq or Afghanistan, about 400,000 Veterans, have Post Traumatic Stress (PTS). To put this figure in perspective, that’s nearly the equivalent of the population of Wyoming. Many other Veterans suffer from depression, isolation, anxiety, and adjustment disorder. There is an unprecedented demand for care. | The Hill >>

President Trump’s long-promised hotline for veteran complaints officially launches on Thursday, but questions remain about the long-term plans for the new resource. The phone line – live now at 855-948-2311 – is designed to “collect, process and respond to the complaints of individual veterans in a responsive, timely and accountable manner,” according to Department of Veterans Affairs officials. | Military Times >>

The scent is the only indication that the small space, inside a nondescript gray building in an industrial park on Phoenix’s northern border, is home to a groundbreaking scientific study that could have far-reaching effects. When it’s over, researchers aim to have a definitive answer of whether marijuana effectively treats post-traumatic stress disorder. | Stars and Stripes >>

Iraq’s national soccer team is due to play its first game on home soil in years on Thursday – taking to the field in a city that suffered some of the worst violence after Saddam Hussein. But the match against neighboring Jordan is about much more than sports. It is widely seen as a sign the country is moving beyond the conflict and bloodshed that has plagued it since the U.S. invasion of 2003. | NBC News >>

Last year, nearly 3,500 Afghan civilians died in the conflict, a record number that included close to 1,000 children, as Taliban insurgents and terrorists from ISIS and other groups gained ground. As of February, the Afghan government’s control or influence extended only to about 60% of Afghanistan’s 407 districts. | TIME >>

Islamic State group militants have blocked the area around a highly symbolic mosque in Mosul’s Old City where the group’s leader made his first and only public appearance in 2014, a resident said Thursday. The move came as U.S.-backed Iraqi forces are pushing to recapture the city’s remaining pockets. | ABC News >>

In the remote southern California desert, Army soldiers are testing advanced new cyberweapons. The question is – are they too complicated to use on top of all the other equipment soldiers need in the field? | NPR >>

The Navy announced Thursday that the USS Gerald R. Ford will now go through various workups at sea before becoming operational in 2020. Delivery of the $12.9 billion carrier by Newport News Shipbuilding follows delays, cost overruns and issues with new technology, including a magnetic catapult system to launch jets. (Photo Right) | U.S. News and World Report >>

Prosecutors had presented evidence that the former aircraft mechanic was traveling from Egypt to Turkey in January 2015. Investigators say Pugh was carrying a laptop computer and four USB drives that he had stripped of their plastic casings in an effort to destroy their contents and thereby make them unavailable to investigators. He was denied entry and Turkish authorities returned him to Egypt. | CNN >>

Since the program started, nearly 300 veterans have come for help, most by referral through those who went through the training. However right now there are more veterans seeking help than their are dogs. | ABC Action News >>

According to its website, the organization was started by Ed Nicholson, a veteran and native of Wadsworth, in 2005 after surgery at Walter Reed Army Medical Center Hospital in Washington, D.C. Nicholson, a fly-fisherman, wanted to do something to help wounded veterans’ recover and get out of the hospital to experience the calming effect of fishing in a quiet stream. Since then, the program has expanded nationwide to include 216 sites set up in Department of Defense hospitals, Warrior Transition Units and Veterans Affairs Medical Centers and clinics, all sponsored through Trout Unlimited, the Federation of Fly Fisherman or an independent fisherman’s group, according to the website. (Photo Right) | Akron.com >>