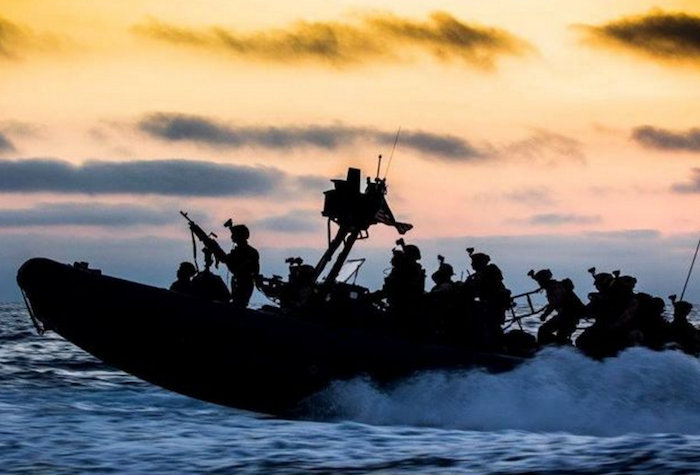 Twenty military veterans commit suicide every day in the U.S., according to new statistics released Thursday by the Department of Veterans Affairs. That number replaces prior VA estimates of 22 veteran suicides a day, a figure used for years and which was disputed by veterans groups, health care experts and the department itself. | The Wall Street Journal >>

All those seeking help have to do is text the word START to 741-741 from anywhere in the U.S., anytime, about any type of crisis. That text is routed to a live, trained, volunteer counselor usually working from a laptop or desktop computer from their home — or wherever — using CTL’s texting dashboard. | Military Times >>

Hundreds of immigrant veterans who served in the U.S. armed forces have been deported after committing minor crimes because they didn’t have U.S. citizenship, according to a report issued Wednesday. | The Wall Street Journal >>

Members of Congress expressed concern Wednesday that U.S. troop levels in Afghanistan can only be maintained by deploying incomplete units — a practice that is eroding readiness, according to an Army general. Since 2015, U.S. Army combat aviation brigades have been deploying to the country without their aircraft maintainers, House Armed Service Committee Chairman Mac Thornberry said at a subcommittee hearing to discuss aviation readiness. | Military.com >>

The death toll from a devastating ISIS truck bomb in Baghdad has risen to 292 after dozens more of the wounded succumbed to their injuries, Iraqi officials said Thursday. A further 200 people were injured in the attack, according to Ahmed Al-Redaini, spokesman for the Iraqi Ministry of Health. | CNN >>

The government for months was unable to say with any certainly where 29 of 79 health facilities in the far northeastern province of Badakhshan were actually located. The health facilities were being funded through a $259.6 million program sponsored by the U.S. Agency for International Development (USAID) and the World Bank. | The Fiscal Times >>

The U.S. Navy says it will spend $240 million to construct new buildings and repair existing ones at its base at Guantanamo Bay, Cuba. A contracting announcement published Wednesday says up to five companies will be selected to do work that will take place over the next five years. It does not include upgrades to the detention center. | Military Times >>

Last week, the US Office of Naval Research awarded researchers at the Washington University in St. Louis, Missouri $750,000 over three years to alter locusts to remotely sense bombs and other explosive devices. These locusts could detect chemical changes in areas with possible dangers, like land mines, with their antenna, and alert users sitting far away in safety. | Quartz >>

In a Wednesday release, the Air Force said the first class of enlisted airmen is expected to graduate from RPA pilot training in 2017, and become the Air Force’s first enlisted pilots since World War II. The enlisted RPA pilots will only fly unarmed RQ-4 Global Hawks, which conduct high-altitude reconnaissance missions at up to 60,000 feet. | Air Force Times >>

“When I get with Roany, I start grooming him and all the thoughts just start melting away,” said Ballantyne. Since she was paired with Roany, her horse at Hope Therapy, she said she feels better. | Action News Jax >>

“Guys who had a traumatic injury, where they think their life is over, yet turned them around; do the rehab and get them into an elite competitive arena. You can’t get better than that,” said Lee. Dr. Lee believes that for veterans, adaptive sports such as wheelchair lacrosse can save lives. | Fox 6 Now >>

In 2007 Redman was shot 8 times during an attack in Iraq. Some of the bullets hit his face and sent Redman into surgery, recovery and rehabilitation. He told News 3 that although the road to recovery was long, he was able to get through it and now empowers other vets to get out there and live. | WTKR >>