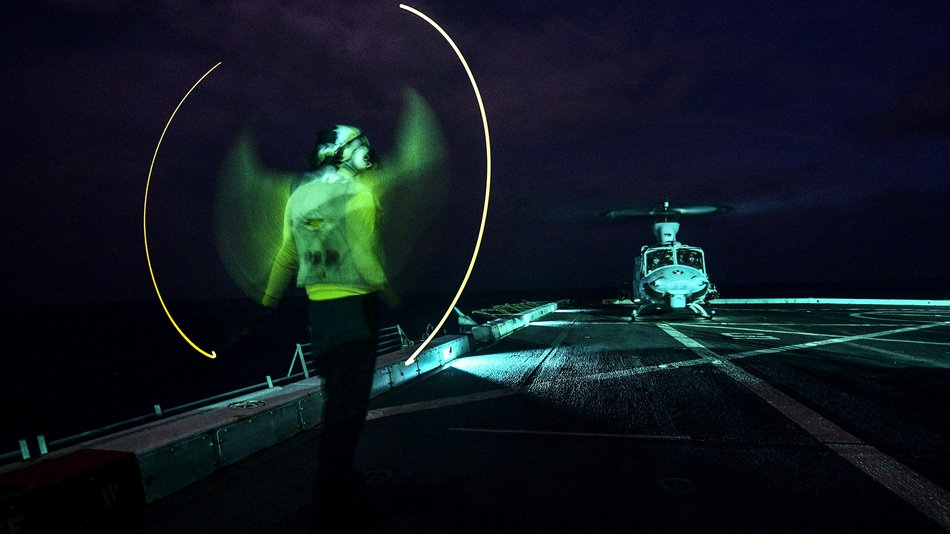 The move also comes less than a month after updated guidance from the Department of Veterans Affairs encouraging veterans to discuss marijuana use with their VA doctors. Department officials said the move did not amount to any recommendation or endorsement of the drug, but rather an effort to provide a more complete picture of veterans health. | Military Times >>

For some veterans, the stoicism they honed on the battlefield often returns full-force as they confront a new battlefront in the hospital, making them less willing to admit they are afraid or in pain, and less willing to accept treatment. Other vets, with PTSD, are even more reluctant to take pain-relieving opioids because the drugs can actually make their symptoms worse, triggering frightening flashbacks. | Stars and Stripes >>

As America’s enemies continue to make roadside bombs or improvised explosive devices a central battlefield tactic, more combat veterans are expected to come home like Sgt. Kevin Ash. “His whole personality changed… he had just become hardened… He was having blackouts… it frightened him,” says Ash’s mother, Joy Kieffer. Ash had been exposed to 12 combat blasts, many of them roadside bombs, over three deployments in the Army Reserves. | CBS News >>

Managing more than two million Iraqis displaced by the war against Islamic State is one of Prime Minister Haider al-Abadi’s most daunting tasks. But critics say he is more interested in winning elections in May than alleviating the suffering of displaced Iraqis and returning them safely home. | U.S. News and World Report >>

Taliban officials say they have established a new customs house in the Delaram district of southern Nimruz province in the southwestern part of Afghanistan. The new effort to collect revenue follows joint Afghan-Coalition airstrikes on Taliban narcotics processing labs in the Helmand province last November. U.S-led coalition says such attacks will continue. | Voice of America >>

About 30,000 barrels per day of crude will be trucked to Iran’s Kermanshah refinery in the first instance, he said. ”God willing, we will start before the end of the month,” he added. Trucking crude to Iran comes under a swap agreement announced last month by the two countries to allow a resumption of oil exports from Kirkuk. | Reuters >>

The Greyhound is about 18,500 feet down, which would make the aircraft recovering operation the deepest ever attempted, the statement said. In the coming weeks, salvage teams will begin mapping the debris field and attaching heavy lines to the ship to bring the aircraft to the surface. | Task and Purpose >>

“The goal is for calls to be answered within 30 seconds, and there has been noticeable improvements in the last three days, and expected to improve even more in the coming days,” a Tricare spokesman who did not wish to be identified told Military.com.  | Military.com >>

Another equal opportunity investigation – Air Force Times obtained both via the Freedom of Information Act – substantiated an allegation of discriminatory harassment filed after a transgender airman felt Murray made disparaging comments in a meeting, equating transgender status with mental illness. | Air Force Times >>

Passengers riding in Ajmal Faqiri’s Lyft sometimes catch his accent, peer over their smartphones and ask how an Afghan came to live in the United States. It’s not a question of how, Faqiri says, but why. He served alongside American troops for seven years and survived brutal firefights, which he says makes him a U.S. war veteran – just one who happens to be from Kabul province. | Stars and Stripes >>

McDowell served in the Army for 29 years. After his retirement he started looking for something to do to unwind. He started volunteering for the local non-profit, helping its leader, Ross Schweinforth teach fellow vets fly tying, casting, rod building and of course fly fishing on Tennessee’s gorgeous rivers and streams.  | WTVC >>

Max Cohen plans to create a 17-acre sports park where military veterans and their families will be able to have a safe and fun time on land he owns south of Topeka, near Wakarusa. The park is to include campsites; rental cabins; a nine-hole miniature golf course; a clubhouse, woodworking shop and metalworking shop; an “airport” for remote control planes; and an 8-acre lake offering fishing, rowboats, paddle boats, canoes and a racetrack for remote control boats. | The Topeka Capital-Journal >>