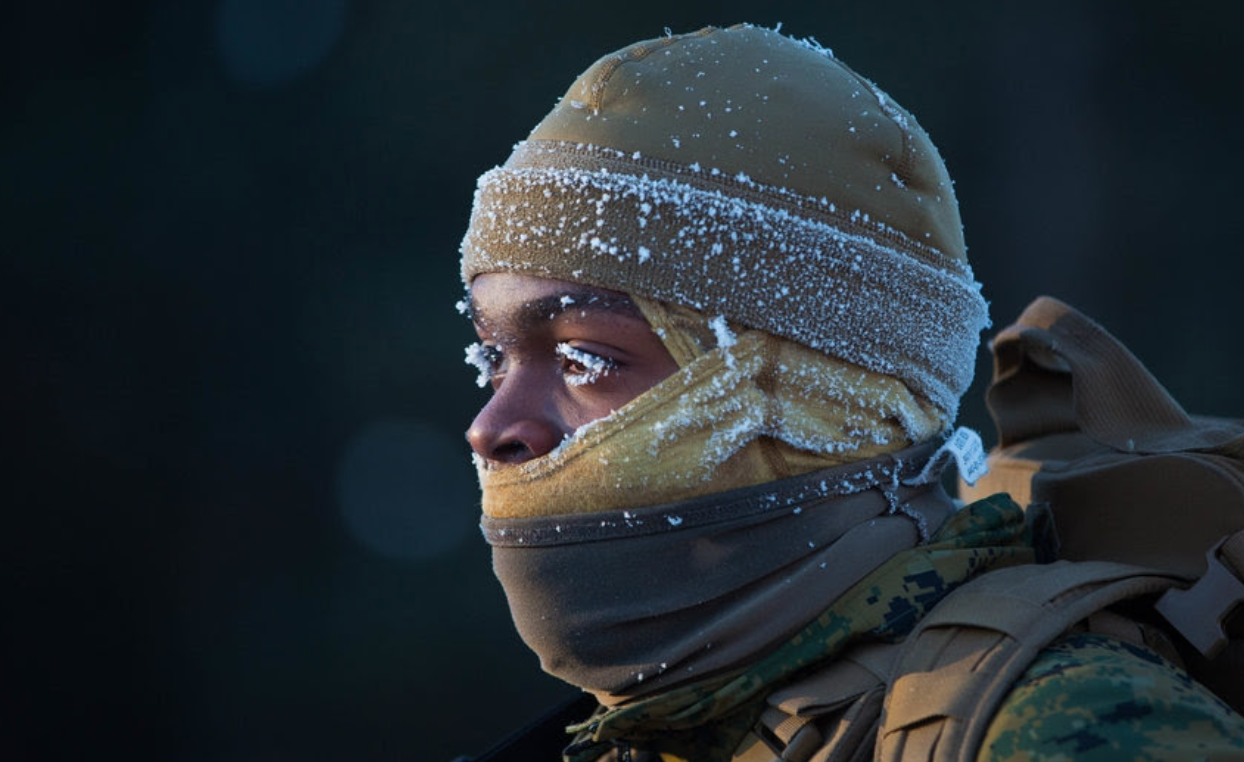 Ricardo Pereyda came home from Iraq in 2005 a changed man. But not for the better. Pereyda, who joined the Army after he saw the Twin Towers in New York City fall on Sept. 11, 2001, served as a military police officer. He endured a year-long combat tour in Baghdad and other violent spots, where he saw many in his platoon suffer serious injury, mostly from improvised explosive devices (IEDs). | Healthline >>

The National Football League rejected an advertisement for its official Super Bowl LII programs that urged players and people who attend the game to stand during the National Anthem, according to American Veterans, the organization that submitted the ad. Omitted from the programs was a full-page ad picturing the American flag, saluting soldiers and the words “Please Stand,” referring to the movement of NFL players protesting racial inequality and injustice by kneeling during the performance of the National Anthem before the start of games. | Military.com >>

“It certainly makes sense when you think about it,” says Crystal Park, UConn psychology professor and one of the study’s co-authors. “There are added pressures that come with maintaining a relationship and meeting household needs. People may have expectations when they’re away and when they return it’s not what they imagined, the romance may not be there. It’s just the daily grind and that can drive up stress levels and increase feelings of despair.”  | EurekAlert >>

Iraq, which shares more than 500 km (310 miles) of border with Syria, had insisted it should attend the meeting, Abadi said in another tweet. Abadi proclaimed victory last month over Islamic State, the hardline group which established in 2014 what it called a caliphate over parts of Iraq and Syria. | Reuters >>

The A-10s are from the 303rd Expeditionary Fighter Squadron, based out of Whiteman Air Force Base, Mo. They had been slated to replace a squadron flying out of Incirlik Air Base, Turkey, but were redirected to Afghanistan in late December, after the U.S.-led coalition cleared out ISIS in both Iraq and Syria, said Hecker, who commands all U.S. airpower in the country. | Stars and Stripes >>

Iraq hopes to raise billions of dollars at a conference next month to fund reconstruction after its costly war against the Islamic State group, but many fear the country’s endemic corruption could undermine the appeal. Iraq declared victory over the Islamic State group in December after driving the extremists from nearly all the territory they once held, but three years of grueling combat has taken a devastating toll, leaving entire towns and neighborhoods in ruins. | The Washington Post >>

About 20,000 reservists also lost training during the three-day shutdown that ended Monday with passage of yet another continuing resolution to put the government back in operation through Feb. 8, according to Mick Mulvaney, the White House director of the Office of Management and Budget. | Military.com >>

“As part of the integrated effort to address physiological events, the Air Force is providing more resources to understand UPEs, standardize response actions to such events and assess options for more robust aircrew training to recognize and respond to these events,” Doorenbos said in a statement. “Our ultimate goal is to prevent UPEs.”  | Stars and Stripes >>

The U.S. Navy is currently tracking a Russian spy ship spotted off the coast of North Carolina, CNN reported. The Russian vessel, the Viktor Leonov, was seen sailing in international waters 100 miles southeast of Wilmington, North Carolina. It arrived from the Caribbean, where it was most recently observed leaving the capital of Trinidad and Tobago. | Military Times >>

“Often times in combat, we have moments of self-reflection,” said Maj. Gen. Andrew Poppas, 101st commanding general. “We have visions of who we are, we have expectations of who we are, but it’s not until that first moment under duress that our strength and character is tested. Through that crucible of fire, we prove who we are. That’s exactly what Staff Sgt. Davis did.” | The Leaf-Chronicle >>

“He said, ‘Today is the first day in 39 months that I’ve been able to eat lunch and not be in pain, because of the work the recovery services team did on me,'” Gonzales said. Recovery services – the “R” in the CARE acronym – was one part of the Warrior CARE event that brought together about 150 wounded warriors from all branches of the military and their caregivers for a nearly a week of learning, healing and bonding Jan. 8-12 at Joint Base San Antonio-Randolph. | My San Antonio >>

Flipping through pages of his own book, 34-year-old Donleigh Gaunky shares a story all too real and one that hits close to home. Because home is where Donleigh had to escort his brother Alex, who died during their deployment in Iraq in November of 2005, when he was 19 years old. It’s a story that’s already been written and etched into his memory for years. | News 8000 >>