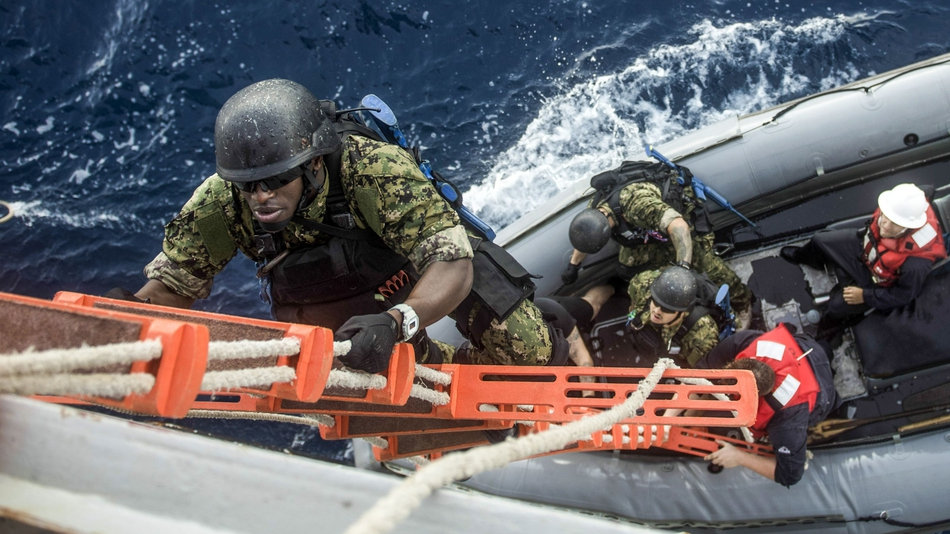 If you could pay $19.19 to ship a package instead of $227.32, wouldn’t you go for the cheaper rate? That’s the question raised by Rob Barrow and Will Sands, Marine combat veterans and businessmen from Tampa who say the Department of Veterans of Affairs is spending tens of millions of dollars more than it needs to on shipping costs each year. | Tampa Bay Times >>

Auditors found the appeals staff closed case files by claiming veterans with multiple appeals withdrew some of their claims when they had not. Staff then merged all of a veteran’s claims into the oldest case file, which made it more difficult to process each issue, but boosted the Roanoke office’s clearance rate and placed appeals managers in line for bonuses. | Richmond Times-Dispatch >>

The bill would allow licensed VA physicians to practice telemedicine in any state regardless of where they are located. The bill also requires VA facilities to share medical records with nondepartment providers “for the purpose of delivering care and enhancing the VA’s ability to recover funds from other responsible third parties.” | Multi Brief >>

When Ali Thanoon lost more than 50 members of his family in a U.S. airstrike during the battle against Islamic State in Mosul in the spring, he turned to the Iraqi government for compensation. But officials required Thanoon to prove his loved ones had been killed: He could get the necessary death certificates only by digging up their bodies from a mass grave. | The Los Angeles Times >>

Gunmen opened fire near a training facility on Monday in Afghanistan’s main intelligence agency in Kabul, leading to a fight with security forces that resulted in three militants being killed, local authorities said. Although details of the attack are still unclear, a spokesman for the Interior Ministry told Reuters that two members of Afghan security forces were wounded but their injuries were not life threatening. | Fox News >>

Germany on Monday said its continued support for Iraq and the semi-autonomous Kurdistan Regional Government was contingent on peaceful efforts by both sides to resolve their differences. The German government has provided more than 1 billion euros ($1.2 billion) in humanitarian, development and stabilization aid to Iraq since 2014, making it one of the biggest international donors. | U.S. News and World Report >>

The organizations have asked for complaints the agencies have filed in federal court or through administrative proceedings alleging violations of the Military Lending Act. That law, among other things, limits the interest rate to 36 percent on certain loans to service members and their families. The law doesn’t cover retirees and other veterans who have left the military. | Military Times >>

U.S. military personnel opened fire Monday during an attempted break-in at RAF Mildenhall in England, local authorities said. Local news outlets reported that the base was put in lockdown this afternoon after a man driving a car tried to force his way onto the facility. RAF Mildenhall officials posted an announcement of the lockdown on the base’s Facebook page but did not go into the cause. | Stars and Stripes >>

Prioritizing national sovereignty over alliances, President Donald Trump is poised to outline a new national security strategy that envisions nations in a perpetual state of competition, reverses Obama-era warnings on climate change, and de-emphasizes multinational agreements that have dominated the United States’ foreign policy since the Cold War. | Military.com >>

He partnered with The Washington Center for Internships and Academic Seminars to collect bedding from interns staying at the center who can’t take everything with them when they leave at the end of their internships or seminars. Donation bins are set up on every residence floor for residents to leave behind their (often brand new) sheets, pillows and blankets for homeless veterans in the area, Aderhold said. |  Independent Mail >>

Her award-winning book began as a personal memoir for her son. Eastman’s goal was to capture the lessons and inspirations she learned serving beside men and women who represent the very best of what it means to be American – the 1% of the population in the military. | We are the Mighty >>

When Travis transitioned out of the military he went to Vol State Community College and worked at a relatives’ construction company. He heard about an offer at Bridgestone Firestone tire company as they were opening a new factory in TN. He was there for sixteen years but he didn’t feel a passion for what he was doing.  | The Huffington Post >>