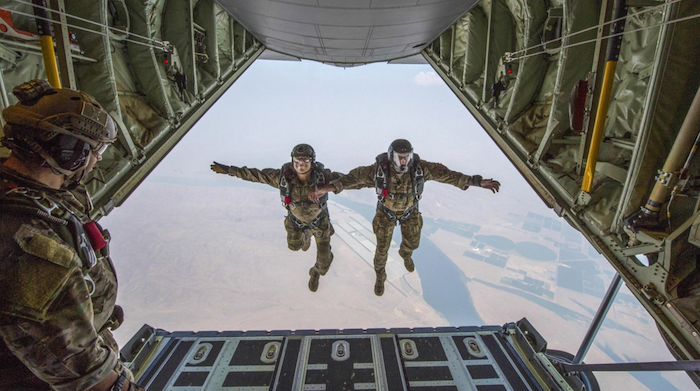 Trump, who made improving veterans care a central campaign promise, signed the VA Choice and Quality Employment Act while at his New Jersey golf club on Saturday. The bill, which addresses a budget shortfall at the Department of Veteran Affairs that threatened medical care for thousands of veterans, provides $2.1 billion to continue funding the Veterans Choice Program, which allows veterans to seek private care. | TIME >>

Following a Feb. 20 report by the Associated Press on the theft of prescription drugs, the VA announced new measures to curtail theft of prescription drugs, including employee drug tests, inspections and reviews of data in order to identify problems. At that time the AP reported “criminal investigators said it was hard to say whether new safeguards are helping.” | Galesburg Register-Mail >>

A nationwide shortage of psychiatrists has created a similar shortage in the U.S. Veterans Affairs department, which can amplify the department’s challenge in having sufficient staff to provide mental health care to veterans. A 2015 report showed the VA was critically short on psychiatrists. | The Gazette >>

Sen. John McCain on Thursday unveiled his own strategy for the US in Afghanistan – a step he says he’s taking because President Donald Trump’s administration isn’t coming up with one. McCain’s Afghan strategy includes adding more US troops for counterterrorism missions, increasing US airpower to aid Afghan forces and providing the US military with broader authority to target enemy forces including the Taliban, the Haqqani Network, Al Qaeda and ISIS. | CNN >>

But as the fight has evolved over the past three years, more and more U.S. troops are operating close to the front lines. In addition to the two troops killed Sunday, five other U.S. troops have been killed in Iraq in the fight against IS, including two in the battle to retake the northern city of Mosul. More than 1,200 Iraqi forces were killed in the battle for Mosul and more than 6,000 wounded, U.S. Defense Secretary Jim Mattis said earlier this month. | The Chicago Tribune >>

“The death of Abdul Rahman deals yet another blow to the senior leadership of ISIS-K,” Gen. John Nicholson, commander of U.S. forces in the country, said in the statement. “He found out just like those before him that there are no safe havens in Afghanistan.” Three other unnamed senior members of the group were also killed in the strike, the military said. | Stars and Stripes >>

As part of SPARTA, an organization that includes over 600 transgender service members, I knew I was not alone. I knew infantry soldiers, Marines, air crew, doctors, even people serving at the Pentagon who were trans like me. But would I ever be able to be my authentic self? Would I be able to wear the infamous Smokey Bear hat worn by male drill sergeants, or would I still be in a woman’s uniform? Women drill sergeants rock – but that’s just not me. | Metro Weekly >>

CIA Director Mike Pompeo and Army Lt. Gen. H.R. McMaster, President Trump’s national security adviser, tried to provide assurances that a conflict is avoidable, while also supporting Trump’s tough talk. They said the United States and its allies no longer can afford to stand by as North Korea pushes ahead with the development of a nuclear-tipped intercontinental ballistic missile. | Military Times >>

Unlike facilities in the continental United States, Navy installations overseas were not required to submit operational records or logs to review compliance with water standards. Additionally, the IG found that the sanitary surveys used were “not always independent.” “If our Navy overseas installations were operated in the United States, selective use of ‘health risk assessments’ to circumvent drinking water standards/regulations and indifference to public health deficiencies would constitute knowing and willful violation of U.S. law,” the Navy IG wrote. | POGO >>

“Eventually, that leads to substance abuse and addictions will eventually threaten your housing situations, employment and usually you burn some bridges,” Silver said. “Though the VA has come a long way, it’s far from perfect but it’s a lot better than it used to be.” | Idaho State Journal >>

Abrams founded FourBlock five years ago while a student at New York University to help bridge the gap between returning service members and the business community. He co-authored the book, “Mission Critical: Unlocking the Value of Veterans in the Workforce” as well as two editions of a guidebook titled “Business Networking for Veterans.” | Albany Times Union >>

Army Cpl. Tyler Wilson, his wife, Crystal, and son, Matthew, arrived on the island Thursday on the last leg of a two-week vacation to Hawaii paid for by a veterans group from their home state of Colorado. Vacations for Warriors selected the family, which stirred a national debate last year when they sought financial help from the VA to cover in vitro fertilization. | Maui News >>