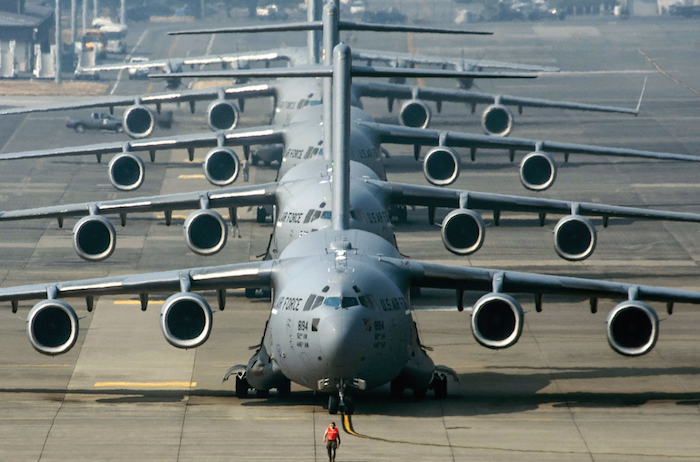 The Department of Veterans Affairs (VA) has been forced to employ the former Washington, D.C., medical center director for the time being after the employee was fired for failing “to provide effective leadership at the medical center.” Brian Hawkins was fired in July after it was revealed he had sent sensitive information to his wife’s personal email account. | The Hill >>

Department of Veterans Affairs Secretary David Shulkin described the VA system much like he might a patient. “The VA has a lot of problems right now, and I describe it as being in critical condition,” Shulkin told reporters Wednesday. “That means we need to intensively monitor the progress of the organization, but I believe we’re moving in the right direction.” | The Virginian-Pilot >>

Since the Department of Veterans Affairs started paying benefits in 2009, the Post 9/11 GI Bill has served more than one million veterans, with more than half of degree-earners graduating from business, STEM or health-related programs, according to research by the Student Veterans of America. | Cleveland.com >>

“We had the day off today,” said Mohanad, from central Baghdad. “The heat is ungodly. The generator in my neighbourhood that provides electricity for about 300 houses has caught fire from the heat. All it generates is smoke. We don’t know what to do. Men can go to the pool here but what do we do with our women, elderly and our babies? Even the ACs in the car aren’t working properly. | The Guardian >>

“We must face facts: we are losing in Afghanistan and time is of the essence if we intend to turn the tide,” McCain said in a statement. “We need an integrated civil-military approach to bolster U.S. counterterrorism efforts, strengthen the capability and capacity of the Afghan government and security forces, and intensify diplomatic efforts to facilitate a negotiated peace process in Afghanistan in cooperation with regional partners.” | CNN >>

Last week, a U.S. appeals court threw out the murder conviction of a former Blackwater Worldwide security guard for his role in the deaths of 14 unarmed Iraqis in a Baghdad traffic circle nearly 10 years ago. I was reporting in Baghdad that day – Sept. 16, 2007 – when the contractors opened fire. | The Washington Post >>

The new IHWC is the result of a directed requirement to outfit soldier with a jungle uniform suitable for operations in the Pacific theater. This follows a similar effort that recently resulted in the Army fielding 9,000 pairs of new Jungle Combat Boots to the 25th Infantry Division’s 2nd and 3rd Brigade Combat teams in Hawaii between March and August. | Military.com >>

“What the president is doing is sending a strong message to North Korea in language that Kim Jong-un can understand,” Mr. Tillerson said. “The president just wanted to be clear to the North Korean regime.” Mr. Mattis offered his own blunt message by urging North Korea to “stand down its pursuit of nuclear weapons” or face a U.S. response “that would lead to the end of its regime and the destruction of its people.” | The Washington Times >>

The U.S. Coast Guard rescued a Navy pilot from water outside Key West Wednesday afternoon after his jet crashed, according to the Department of Homeland Security. The Coast Guard was notified just after 1 p.m. that a Navy F-5N jet pilot was in the water, around 20 nautical miles southeast of Key West, and needed help. | Fox News >>

The sessions include discussions on how to translate military skills to the civilian world, finding meaningful volunteer opportunities, networking, managing finances and wellness and aging. There is also a session on restorative yoga and meditation. Betty Mosely Brown, the associate director of the national VA Center for Women Veterans, is the keynote speaker. | The Columbus Dispatch >>

“They brought in military people and they did the leg work and you could read it. As a former vet, I could tell some of the syntax that they used was from the inside,” he said. “The set design looked like Iraq. I sent pictures to some of my ranger buddies and I was like, ‘Back in town.’ It was real. It brought me back.” | Too Fab >>