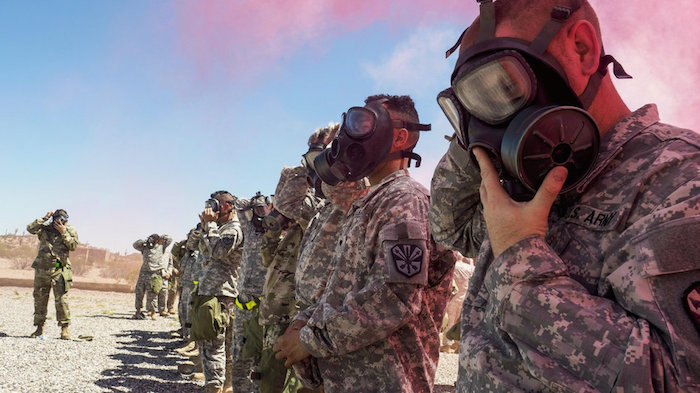 A well-known whistleblower in the Department of Veterans Affairs warned Wednesday that the VA appears to be getting ready to close tens of thousands of incomplete healthcare applications, even though it’s been clear for more than a year that the VA was failing to give veterans a chance to complete these applications. | Washington Examiner >>

The head of the Veterans Affairs Department told lawmakers he intends to try out a new law that makes it easier to fire – and keep fired – deficient department employees. The test case: the former director of the agency’s main medical center here. | The New York Times >>

Veterans who were victims of a data breach by the Veterans Administration say they have not heard from the agency, after it pledged more than a month ago to provide them with credit monitoring. Documents containing social security numbers, financial payments, home addresses and the names of dependent children were mistakenly sent by the VA to the wrong person in late June. They came to James Graves, a U.S. Army veteran in Williamsburg. | WAVY >>

After a city-wide billboard campaign featuring a group of young women standing with arms folded, the women’s media network Zan TV launched in Kabul, Afghanistan, three months ago, with a panel discussion about the right to vote and a Facebook cover photo that read: “We mirror you all”. | The Guardian >>

“The Central Criminal Court issued a verdict to execute 27 defendants convicted of participating in the Speicher massacre,” Judge Abdul Sattar al-Beeraqdar, a spokesman for Iraq’s Higher Judicial Council, said in a statement released Tuesday. However, Beeraqdar said the decision is “preliminary and can be appealed.” | CNN >>

The Taliban have released 235 villagers held since the insurgents seized control of an area in northern Sari Pul province five days ago, Afghan provincial officials said Wednesday. Local authorities believe the capture of the area was jointly carried out by the Taliban and Islamic State militants. If confirmed, this will mark the first time the two rival militant groups have joined forces in battle.  | The Washington Post >>

Five active duty service women have filed the first lawsuit against President Donald Trump for what they see as an unconstitutional effort to stop transgender personnel from serving. The women, who serve in the Air Force, the Coast Guard and the Army, were previously men who have transitioned. As a group, they have more than 60 combined years of military service, with deployments to Iraq and Afghanistan. | Military Times >>

“We have relieved commanders this year,” Walters said on Tuesday. “Two out of those five that have been relieved I can directly attribute to an awareness of this issue and the fact that they didn’t have the correct command climate, and what they did. To me, that’s progress.” | Military Times >>

The audit found the company also hired “significant others” as executive assistants with average annual salaries as high as $420,000, spent $1,500 on alcohol, and paid $42,000 in cash for automatic weapons that were prohibited under its contract, according to McCaskill. | The Washington Examiner >>

John Pontiff is a regular at the Ice Chalet in Knoxville. You can catch him skating with a stick in his hands and a puck at his feet. He’s all about hockey, and according to him, hockey is all about action. “It’s the fastest sport there is,” said Pontiff. “You’re out here sprinting for the entire time you’re on the ice. | WBIR >>

“It takes equal parts bravery and stupidity to get into organic farming,” Scott Cameron, who served four years in the Army’s airborne infantry, said as he dug his hands into the soil. “Who better than a couple of grunts?” | The Denver Post >>

Nebraska’s Vietnam veterans are getting together in Lincoln this weekend for what organizers describe as a “family reunion.” The event began in 1985 with a small group of veterans, mostly from Nebraska’s smaller cities and towns, holding a get-together in Grand Island, said Jaime Obrecht, one of the founding veterans. | Omaha-World Herald >>