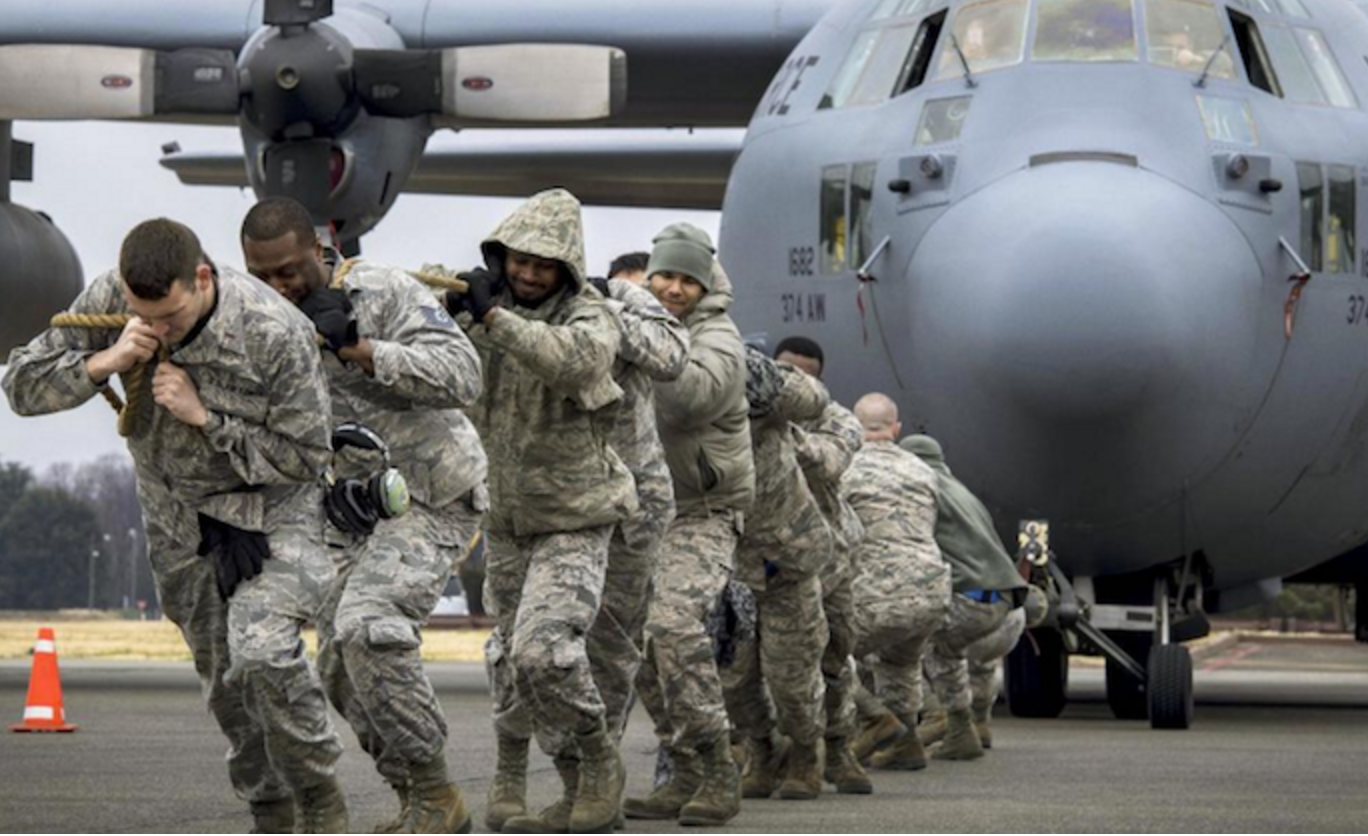 Trump said Veterans Affairs Secretary David Shulkin is going to do a “fantastic job.” “He has a group of people with him, the enthusiasm is incredible. And you see it already,” he said. “The results already have been incredible.” Trump said Shulkin wants to get “good people” at the VA. “The VA has not done so well,” Trump said. “But we have the best people in the world. We’re going to take care of them.” | The Hill >>

“It is critical that we create a seamless Veteran experience across the entire organization,” said Secretary David Shulkin in a statement. “VA must proactively engage Veterans and their families to ensure their voices are heard. Lynda brings the energy and expertise to develop Veteran-centric solutions that will allow VA to build trust with Veterans and the American public.” | Nextgov >>

“Early intervention can lead to better recovery outcomes, lessen the likelihood of challenges becoming crises and reduce the stress that Veterans and their loved ones face,” said Caitlin Thompson, National Director of VA’s Office for Suicide Prevention. | Healthcare IT News >>

Iraqi officials said Wednesday that they had removed nearly 300 bodies from the site of an apparent airstrike in west Mosul, the largest civilian death toll since the battle against Islamic State began more than two years ago and among the deadliest incidents in decades of modern warfare. | The Los Angeles Times >>

“We would also like to make sure that we explain to them that any kind of peace process has to be Afghan-led and Afghan-owned and, if any peace process is pushed without the Afghan leadership, it will fail,” he said. This comes amid concerns over Russia’s alleged support for the Taliban. | Business Standard >>

Ground fire downed the chopper somewhere in eastern Mosul, according to defense officials. Footage from an Associated Press cameraman showed a large ball of fire with a long trail of thick black smoke as the aircraft fell out of the sky Thursday afternoon. It marked the first time ISIS shot down aircraft over Mosul since the U.S.-backed Iraqi military operation to retake the city started last October, the Jerusalem Post reported. | Fox News >>

Legendary astronaut, U.S. senator and Marine Corps fighter pilot John Glenn was buried Thursday morning in Arlington National Cemetery in a drenching rain that beat on his coffin and soaked the green hillside where he was laid to rest. | The Washington Post >>

The reliance on tankers makes them an air force’s Achilles’ heel, and prime targets in wartime. Large, slow, and easy to spot, such planes typically circle behind the air battle, positioning themselves behind a wall of friendly planes. Some air forces including China and Russia train to hunt such planes down. Russia even created an extremely fast, long range air-to-air missile, the Novator K-100, capable of downing tankers, E-3 AWACS airborne early warning and control planes, and other support aircraft at ranges of up to 248 miles. | Popular Mechanics >>

The Marine Corps is proving the potential of its newly established rapid capabilities office with an early purchase: a tactical decision-making kit, invented by Marine grunts, that blends a range of cutting-edge technologies to allow infantry squads to compete against each other in a realistic simulated training environment. | Military.com >>

Jace Badia was injured in 2006 by a roadside bomb, leading to a traumatic amputation above his left knee. Now he walks freely, thanks to a prosthetic leg — but it’s technology unlike any you’ve seen before. There’s an attachment drilled into his femur, with a binding secured by his own muscle and skin — it’s cutting edge because the material has never been used before, reducing infection. | Denver7 >>

You might not notice anything unusual about Dan Lasko’s dive into the pool, or that he can swim laps to train for the triathlons he competes in. But then, he gets out of the pool, and you can see the Marine paid a price for his service to our country.  | CBS New York >>

Suddenly, “there was a slew of people all across the country that all had the same challenges I had, all had the same symptoms I had – the self-isolation, the self-medication, the anger issues, everything,” said Gonzalez of Murfreesboro. The program “changed me,” he said. “It gave me purpose.” |  The Tennessean >>