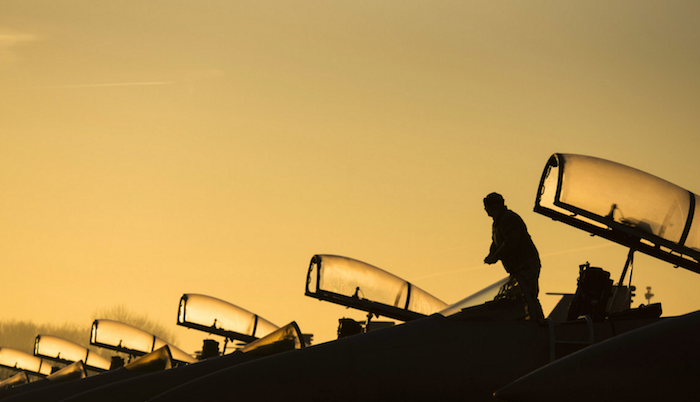 Currently before the Senate Veterans’ Affairs Committee, the bill proposes that the Department of Veterans Affairs “provide mental health and behavioral health services” to former combat members who have received Other Than Honorable (OTH) discharges and are suffering from Post-Traumatic Stress Disorder (PTSD), Traumatic Brain Injury (TBI) and other behavioral and mental health issues. The bill does not cover dishonorable discharges, which are different from OTH or less-than-honorable discharges, also called “bad papers.” | New Haven Independent >>

“This is an example of why we need accountability legislation as soon as possible,” he said in a statement. “Current legislation in Congress reduces the amount of time we have to wait before taking action. I look forward to working with both the Senate and the House to ensure final legislation gives us the flexibility we need.” | Military Times >>

It may sound tailor-made for a president with a background in reality TV game shows, but the idea’s bounced around VA for a while – it was pioneered in the late Obama years by Shulkin when he ran the Veterans Health Administration, as a way for VA employees to spot and correct inefficiencies they saw at work. Now “Shark Tank” Shulkin is apparently expanding the competition and asking veterans advocates for their help. | Task and Purpose >>

Jared Kushner “is on the ground” in Iraq, visiting the embattled nation along with Chairman of the Joint Chiefs Gen. Joseph Dunford, White House press secretary Sean Spicer says. Kushner is both a senior adviser to President Trump and his son-in-law. | NPR >>

As Afghan security forces continue their military operations against the Taliban and Islamic State-backed militants in the country, the government plans to improve its security forces in the next few years to help beat the growing threat posed by militant groups, Afghan officials said. As part of a four-year security plan, Kabul plans to beef up the country’s elite Special Forces, and efforts are underway to improve its air force. | Voice of America >>

Iraq, where oil revenues make up nearly 95 percent of the budget, has been reeling under an economic crisis since 2014,when oil prices began their descent from a high of above $100 a barrel. The Islamic State group’s onslaught, starting in 2014, has exacerbated the situation – forcing Iraq to divert much of its resources to a long and costly war. | Fox Business >>

The Navy wants soldiers who can concentrate better and learn faster, and it’s looking at a controversial piece of tech to do that: transcranial electrical stimulation. It has been testing a passive brain-stimulating device from Halo Neuroscience with “a small group of volunteers” from Seal Team Six, the group that killed Osama Bin Laden, and other units, according to Military.com. “Early results show promising signs,” said spokesman Capt. Jason Salata in a statement. | Engadget >>

“The commandant is going forward, requesting from the secretary of Navy and the secretary of defense authority to pay a retention bonus in three communities: F-35, F-18  – because the legacy platforms are our most challenged platforms right now  – and then the V-22,” Lt. Gen. Mark Brilakis said. “F-35 and V-22 are currently growing communities. We don’t want be to caught short in those aviation communities.” | Marine Corps Times >>

Speaking at the Navy League’s Sea-Air-Space conference, Assistant Commandant of the Marine Corps Gen. Glenn Walters said that if the Defense Department must instead contend with a yearlong continuing resolution, keeping funding flat, the service won’t be able to execute its new plan to contend with emerging threats. | Military.com >>

“Warren is the kind of guy that, if there is a need, he’s there,” said Post Commander, John Meeks who accompanied Sims on his journey. “And we had a need at the post. He gets some crazy ideas in his head and he’s ready to go.” Sims usually sets out to reach goals some may see as nearly impossible, but he remains dedicated, Meeks added, dedicated to the community, to veterans and to his VFW post. | Kokomo Tribune >>

Army veteran Ernesto Rodriguez is finishing up one very important journey across the United States to help his fellow military veterans. Rodriguez was in the U.S. Army for 15 years, serving time in both Iraq and Afghanistan. Late last year, he decide to embark on an ambitious 2,200 mile walk across the U.S. (Photo Right) | Wide Open Country >>

Since losing his leg, Owen has gone on to become a competitive snowboard athlete – fast becoming one of the best in the world – and is now targeting the 2018 Winter Paralympics in South Korea. He was presented with the sporting excellence award for an individual during the 2017 Soldiering On awards, held on March 24. “It’s great because the more I can get my name out there, the more people will realise you can do all this with one leg,” he said. |Eastern Daily Press >>