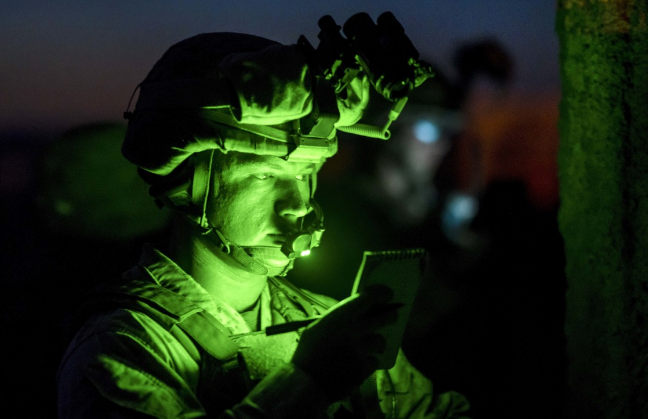 President Trump this week will sign an executive order to create a new office in the Veterans Affairs Department to increase employee accountability and protect whistleblowers, according to a White House official. The order will establish the Office of Accountability and Whistleblower Protection within VA, which has for years taken heat from lawmakers and stakeholders for failing to quickly root out problematic employees. Details of the office and who will staff it were not made clear in advance of the signing, but the official said it will help VA Secretary David Shulkin “to discipline or terminate VA managers or employees who fail to carry out their duties in helping our veterans.” | GovExec >>

Veterans organizations lined up on either side of the issue last Wednesday, with Veterans of Foreign Wars kicking off opposition to the buy-in by dubbing it a “tax on troops” and Iraq and Afghanistan Veterans of America starting an online petition against the proposal. The House VA committee announced Friday that the hearing was postponed. Staff have given no further details on why it was delayed or when it would be rescheduled. | Stars and Stripes >>

Hawley says Temeck was suspended to cover up a troubled relationship between the VA and the University of Cincinnati Health system, which she tried to correct. A statement from Temeck this month said the suspension was less about the prescriptions and more about “getting rid of me so that the fraud, waste and mismanagement at the Cincinnati VA can continue.” VA officials declined to comment. | U.S. News and World Report >>

An Iraqi paramilitary force says it has recaptured the ancient city of Hatra, which is believed to have been destroyed by Islamic State militants. The Popular Mobilisation announced that its fighters had “liberated” the Unesco World Heritage-listed site “after fierce clashes with the enemy”. | BBC >>

Afghan officials say Islamic State militants have attacked the Taliban in the northern Jawzjan province, igniting heavy clashes in which dozens of fighters were killed. Mohammad Reza Ghafori, a spokesman for the provincial governor, said Wednesday that the fighting, which began the day before, has killed 76 Taliban fighters and 15 from the IS affiliate. He says the IS militants seized two districts from the Taliban. | Fox News >>

Sheikh Anwar al-Assi, a chief of the local Ubaid tribe and supervisor of anti-ISIS forces, told The Times of London the militants were hiding on the edge of a field about 50 miles southwest of Kirkuk when the boars overwhelmed them Sunday. Five other militants were injured, al-Assi said. He said the group was poised to attack a band of local tribesmen who had fled to nearby mountains since militants seized the town of Hawija three years ago. | USA Today >>

A U.S. Navy guided-missile destroyer fired a warning flare toward an Iranian Revolutionary Guard vessel coming near it in the Persian Gulf, an American official said on Wednesday, the latest tense naval encounter between the two countries. The incident happened Monday as the vessel attempted to draw closer to the USS Mahan despite the destroyer trying to turn away from it, said Lt. Ian McConnaughey, a spokesman for the Bahrain-based 5th Fleet. | ABC News >>

The Army’s top personnel officer is on tap to be the next vice chief of staff, according to a nomination received Monday by the Senate. Lt. Gen. James McConville, currently the deputy chief of staff for personnel, would replace Gen. Daniel Allyn as Army Chief of Staff Gen. Mark Milley’s No. 2. He also would be the officer in charge of the day-to-day operations of the Army. | Army Times >>

If you’ve ever wondered what our U.S. veterans are made of, you need only to look at Robert “Top” Guithues to find the answer is courage, perseverance with a heart as big as a lion’s and filled with empathy for others. Guithues contacted The Journal about a month ago about Bo West, a friend and fellow veteran in need of support. He believed The Journal could help his friend, yet he never mentioned the tremendous struggles he was facing. | The Plattsmouth Journal >>

“It’s a three-legged stool,” the college- trained agriculture specialist explains.  “We grow food, we grow our community and we grow each other.” He’s talking about Growing Veterans, an organization in its fifth year of farming and providing peer support to troubled war veterans. Members work the soil, grow and sell vegetables, and offer each other mental and emotional support. There’s impressive evidence the activities ease post-traumatic stress disorder and other mental afflictions. | Cascadia Weekly >>