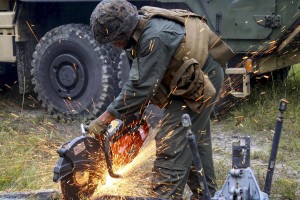 The House vote, as well as an earlier Senate vote of 72-26, were in contrast to weeks of battles over whether money to fight the Zika virus should be made available to Planned Parenthood locations in Puerto Rico and over emergency aid for stricken Flint, Michigan. | Roll Call >>

On Wednesday, severely disabled veterans like Wilson celebrated as Congress approved legislation that allows the VA to provide fertility services or cover the cost of adoption for veterans with service-connected infertility. | Military Times >>

“I was confirmed 97-to-0,” says Department of Veterans Affairs Secretary Bob McDonald, recalling the Senate vote in July 2014 on his nomination to lead 360,000 VA employees and an aging infrastructure in delivering health care, disability and education benefits, and a host of other services, to millions of veterans. | Stars and Stripes >>

Shortly after OPEC reached a tentative deal Wednesday to cut production, a big challenge to finalizing the plan became evident. Iraq, a country that was hesitant to curb its output, said it doesn’t trust the oil-production numbers OPEC typically relies on. | Wall Street Journal >>

United Nations officials Thursday condemned an airstrike by an unmanned U.S. military aircraft a day earlier that they said killed 15 civilians and wounded at least 12 in the insurgent-plagued eastern Afghan province of Nangahar. They called for a complete investigation. | The Washington Post >>

Iraqi Prime Minister Haider al-Abadi asked Kurdish leader Massoud Barzani not to exploit the war on Islamic State to expand the Kurds’ territory, according to a government statement published after their meeting on Thursday in Baghdad. | Reuters >>

Unveiled this week at the Modern Day Marine, the Amphibious Combat Vehicle, or the ACV 1.1, was created by BAE Systems and IVECO Defence. The vehicle combines a high degree of protection with amphibious and land capabilities. | Fox News >>

The undefeated Navy football team had a bye this past weekend, meaning in some cases additional time for studying or perhaps catching up on precious sleep. Other players gathered in front of their televisions to watch their service academy counterparts, with both Air Force and Army playing on Saturday night. | The Washington Post >>

On the battlefields of eastern Ukraine, Russian-backed infantry and artillery units have used more than 16 types of drones to identify enemy positions and deliver fire, often within minutes. That’s given Lt. Gen. H.R. McMaster, the decorated tank commander who runs the U.S. Army’s Capabilities Integration Center cause for concern. | Defense One >>

“One of the biggest challenges has been looking for property,” Burnett said. “I’m trying to buy and not lease. A lot of people have family that already [own] property, but for me, buying land has been almost impossible because of the startup costs. It’s incredibly difficult for a beginning farmer.” | Military.com >>

He offered advice on wellness and nutrition, discussed his work bringing a taste of home to members of the military serving in combat zones and how he is working to transform the way American troops eat. He said good-tasting food is a morale booster. | Salem News >>

He joined in 2004, between two vicious battles in Fallujah while an insurgency simmered in Afghanistan. He could have gone into water purification or finance or any number of jobs. But choosing combat arms in wartime takes a certain kind of soldier with a certain something to prove that cannot be done at home. | Stars and Stripes >>