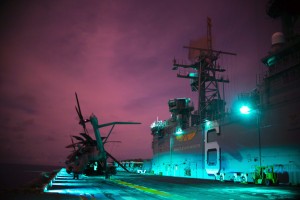 Spouses, parents, family and friends who care for disabled troops or veterans soon will have a new resource to lean on for support, inspiration and confidence when they need it. The Military and Veteran Caregiver Network is training experienced caregivers to serve as mentors for those new to the role or who think they could benefit from a relationship with a seasoned caregiver. | Military Times >>

The Pfc. Floyd K. Lindstrom Outpatient Clinic saw nearly 25,000 veterans during the 2015 fiscal year, and officials are estimating that number will increase to 29,000 this fiscal year. Over the past four years, the number of people served at the facility and number of visits provided annually have risen by more than 30 percent. | Stars and Stripes >>

“This should make clear that churches may sing Christmas carols and distribute Christmas cards at VA hospitals,” Chaplain Crews continued. “The guidelines state that hospital administrators may allow this and provide reasonable guidance as to where displays may be set up and where and how long a church choir may sing.” | The Washington Times >>

Suspected U.S. airstrikes in southeastern Afghanistan are believed to have killed a top commander of the extremist Pakistan Taliban and several of his partners. The overnight attack took place in Bermal district of the Paktika province adjacent to the Pakistani border. | Voice of America >>

The bomber struck when a small group of Shia pilgrims were preparing for the holy month of Muharram in a tent, an Iraqi police source told CNN. The terror group claimed they had targeted Shiite militia members. | Fox 6 Now >>

Hidden underground in steel-and-concrete silos across rural America, more than 400 intercontinental ballistic missiles point to the skies, poised for launch — and ready to obliterate cities across the world. | Military.com >>

U.S. forces are using white phosphorus munitions in their fight against the Islamic State, based on pictures and videos posted online by the Pentagon, but it is unclear exactly how the controversial armament is being employed. | Stars and Stripes >>

“Our current enterprise is not resilient enough to survive a war that would extend into space,” said Maj. Gen. (sel.) Stephen Whiting, the director of integrated air, space, cyber and ISR operations at Air Force Space Command. | Air Force Times >>

“We come from different branches of the military, but we all have the same goal,” said Louretha Glasl, an Army veteran from Yelm who was wearing a red T-shirt that identified her as part of the “sisterhood of proud women veterans.” | Military.com >>

On Sunday, Pinney and a dozen other came together to CYCLEBAR in Chandler to try and raise money for The Free Wheel Foundation and the Ride 430 Challenge , an organization focused on helping veterans. | ABC 15 >>

For Salerno, the lack of a limb does not take away their ability to live their lives. “Life without a limb is limitless, I mean obviously, we’re all doing this, but there are people who do a lot more than just softball that are missing limbs, you can do anything you want,” said Salerno. | NBC 24 >>