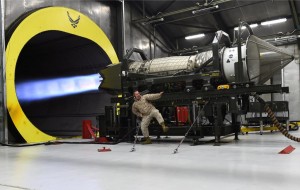 “Maj. Gen. Rossi was a respected leader, valiant warrior and trusted friend who gave more than 33 years of service to this nation,” the Army said in a statement. | Stars and Stripes >>

A Pentagon spokesman said the Defense Department had not finished compiling the figures from all states and territories. The chief of the National Guard Bureau, which promised Wednesday to release the number of affected soldiers to Stars and Stripes, said Friday that it was still working to compile the information. | Task and Purpose >>

Nearly 25,000 veterans across the United States have received improper traumatic brain injury exams, according to the Department of Veterans Affairs. The federal agency said from 2007 through 2015, in some cases, unqualified specialists performed the TBI exams. | WTHITV >>

Thousands of fighters flocked to join Iraq’s state-sanctioned, Iran-backed Shiite militias on Sunday, advancing to cut off Islamic State extremists holed up near Mosul in northern Iraq while bombers killed at least 17 people in Shiite neighborhoods of Baghdad. | Chicago Tribune >>

Some of the most important gains made by the Afghan government and its partners appear to be slipping away, according to the most recent quarterly report by the Special Inspector General for Afghanistan Reconstruction (SIGAR). | Business Insider >>

Iraq published data showing a rare level of detail for its oil production and exports, a week after inviting energy reporters to Baghdad to make a case that the country is pumping more crude than analysts and OPEC acknowledge. | Bloomberg >>

“Today I felt good all the way,” said Kosgei, who won the 2014 race with a time that was a minute faster. “I stayed controlled and then I made a move, which really worked for me.” | Stars and Stripes >>

First lady Michelle Obama said she was “beyond proud” to take part in a commissioning ceremony Saturday for the U.S. Navy attack submarine named for her home state of Illinois. It officially became the attack submarine Illinois, SSN 786, and began active service at a ceremony at the submarine base in Groton, Conn. | St. Louis Post-Dispatch >>

Without the media fanfare generated by the gender integration of U.S. Army Ranger School last year, 10 female soldiers made history Wednesday afternoon at Fort Benning when they graduated from the Infantry Officer Basic Leadership Course. | Task and Purpose >>

Jeph Jones sat amongst a lunchtime crowd of his fellow University of Missouri–St. Louis students earlier this month at The Nosh in the Millennium Student Center, but he willingly directed his mind back five years to a bridge spanning the Mississippi River at Alton, Illinois. | UMSL Daily >>

“That’s nothing compared to what other veterans have to go through,” said veteran Aaron Hodgdon, “I would pay this price every day if I had to, if it meant I could bring back somebody.” | WGME >>

Many gathered Friday at the Eagle Mountain Casino to show support for Justin Bond and John “JC” Cook, two retired veterans, who were one day from finishing their 2,200-mile journey dubbed Operation Battlefield, a trip they embarked on to raise awareness of the 22 service men and women who commit suicide daily. | The Porterville Recorder >>