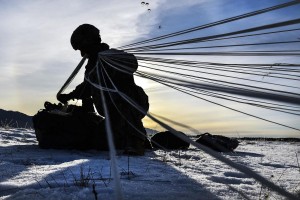 An estimated 40,000 veterans go homeless on any given night in the U.S., according to a report the National Alliance to End Homelessness released last year. That number doesn’t include the 1.4 million vets who are considered at risk of homelessness, according to the National Coalition for Homeless Veterans. | Huffington Post >>

Veterans Day is Friday, Nov. 11, and many national chains are saying “thank you” to veterans and active military members by offering freebies and deals on food and drinks. | USA Today >>

The Department of Veterans Affairs is taking steps to fire one its lawyers, whose personal charity is shutting down in the wake of a settlement with the New York attorney general’s office over the widespread misuse of funds. | CNN >>

Afghanistan will reportedly take in more than 1.5 million Afghan refugees by the end of the year, challenging the government at a time when Kabul is already struggling against resurgent Taliban militants and an emerging Islamic State group (IS). | Voice of America >>

Iraqi troops fired at positions held by the Islamic State group in and around the northern city of Mosul on Thursday but did not advance as they regrouped and cleared neighborhoods once occupied by the extremists, military officials said.| The Washington Post >>

The car exploded at the gate of the consulate in Mazar-i-Sharif city, destroying the gate and wall around 11.10 p.m. local time, said Abdul Raziq Qaderi, head of security for Balkh province. He said three police were wounded. | CBS News >>

A 10-year-veteran of the Corps, Delgado is the Director of Military Community Development at Texas A&M University-San Antonio. In that capacity, he organizes food drives, helps fellow veterans and their families organize healthcare and counseling, and created the Patriots’ Casa, a spot on Texas A&M campus where veterans can come together to share resources and build a community. | People >>

When President-elect Donald Trump spoke about expanding the Navy to 350 ships in his September national security speech, he’s most likely taking his cues from Randy Forbes, the Republican Congressman from Virginia poised to take over as Secretary of the Navy in a Trump administration. | Business Insider >>

At least 27 post-9/11 veterans won congressional races on Nov. 8, while the current Congress includes 26 veterans. In addition, at least 18 veteran incumbents won reelection and three senators were not up for reelection this year. There are, however, still handful of races that have run-offs as you can see from this chart drawn up by Military Times. | Task and Purpose >>

Fito and I worked as a combat tracking team in the Marine Corps beginning in 2008. Our sole job was to track down insurgents in combat zones, and our relationship was dictated by the needs of a wartime military. That might sound disheartening, but I can assure you it was not.| USA Today >>

“I chose the tire flip because it’s very symbolic. I looked at what I struggle with, PTSD, depression so it becomes a symbolic thing. Every day, if I feel like I’m face down, then flip yourself over” Valentino added. | CBS DFW >>