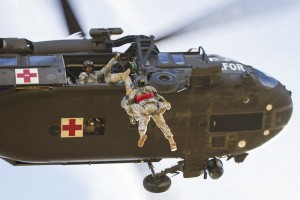 “This policy change will forever alter the future for thousands of veterans and their families,” said Paul Rieckhoff, founder and chief executive of Iraq and Afghanistan Veterans of America. In general, veterans who receive discharges in the category of other-than-honorable are barred from enjoying many VA benefits, including medical treatment. | San Diego Union-Tribune >>

Lawmakers are asking the Department of Veterans Affairs to extend health care enrollment deadlines for more than 440,000 veterans who may have had their applications rejected because of coding errors made by the bureaucracy. | Military Times >>

ISIS extremists have reveled in destroying ancient shrines and antiquities, posting videos on social media of their vandalism. In an odd twist, however, they’ve inadvertently uncovered a treasure-trove of ancient statues and inscriptions dating back to the days of the Assyrian Empire. | CNN >>

Gunmen stormed the main military hospital in Kabul on Wednesday, killing at least 30 people and wounding dozens as
Afghan forces struggled for seven hours to evacuate the crowded facility and end the siege. | The New York Times >>

President Donald Trump’s budget proposal includes a $1.3 billion cut to the US Coast Guard, congressional sources told CNN Tuesday. The cuts would be applied to an operating budget of about $9 billion, which hawks on the Hill were quick to slam as too deep a reduction to the military branch’s funding. | CNN >>

The pair of Russian fighters were coming in fast and very, very close. They were not the first Russian Sukhoi SU-24 Fencer aircraft that sailors aboard the destroyer Donald Cook had ever seen — but they were certainly the closest. “Oh my God!” one Cook sailor was heard exclaiming in a way that sounded like an open question of whether something might be going catastrophically wrong – a game of chicken where no one blinks and sailors die. | The Navy Times >>

Romanian and American troops are staging joint exercises as part of a New York-based Army brigade’s nine-month deployment in support of Operation Atlantic Resolve, which aims to reassure NATO’s European allies in light of Russia’s invasion in Ukraine. | Military Times >>

The Lone Survivor Foundation, founded in 2010 by former Navy SEAL Marcus Luttrell, will begin efforts in June toward building the retreat in Linden. The organization’s mission is “to restore, empower and renew hope for wounded service members and their families through health, wellness and therapeutic support.” The foundation owns a retreat in Crystal Beach, Texas, and hosts retreats at a rented facility near Park City, Utah. | The Fayetteville Observer >>

Marine veteran Phillip Ray Orabuena once ran security convoys from 2004-2007 in Fallujah, Iraq. Today, you can see him most days with paint brushes in hand, as he works on his latest mural on the backside of the Veterans Memorial Building. A self-taught artist, he started painting murals while still in the military. | Benito Link >>

A little over a year ago, MLB Network hired Mike Gallardo, a former Cav Scout who served in Iraq with the 1st Cavalry Division, as a freelance member of its graphics department. Since joining MLB Network, he has become an integral member of the network’s graphics team and is on track to be made a full-time staff member at MLB Network in 2017. | Sports Video Group News >>