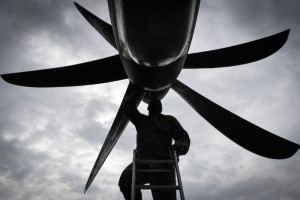 Despite a record-low annual unemployment rate of 5.1 percent for post-9/11 veterans in 2016 and a consistent drop from 12.1 percent since 2011, according to the U.S. Bureau of Labor Statistics, experts say the data can paint a misleading picture of veterans in the job market – many of whom, like Calloway, struggle with being underemployed. | Military Times >>

These women served honorably and bravely in a complex war in Iraq and Afghanistan without frontlines. The 2016 deadline set by the Pentagon for top military leaders to review gender restrictions on combat roles is quickly approaching. Now, even the famed basic underwater demolition/SEAL training may be open to women as soon as next year. | Task & Purpose >>

They were supposed to be taking care of ailing veterans, but were stealing drugs from them instead. American heroes trying to heal the wounds from this generation of war, and their medications, allegedly, are being stolen from them by some of the very people giving them care. | CNN >>

“We will never stop until we liberate Mosul entirely,” he said. Lt. Gen. Raed Shakir Jawdat, the chief of the federal police, said that security forces had retaken a branch of the central bank; the archaeological museum; and a government compound. | The New York Times >>

Police in parts of volatile southern Afghanistan have not been paid for weeks, officials say, undermining morale at a time when Taliban militants traditionally increase attacks on security forces. | Reuters >>

50,000 Flee Mosul as Battle Against ISIS Advances in Iraq. Residents continue to stream out of Mosul as Iraqi forces push toward the ISIS-held city center. | NBC News >>

The top generals from Turkey, the United States and Russia met Tuesday to discuss tensions in northern Syria, where mutually suspicious forces allied with the three countries are fighting the Islamic State group. | Military Times >>

U.S. missile launchers and other equipment needed to set up a controversial missile defense system have arrived in South Korea, the U.S. and South Korean militaries said Tuesday, a day after North Korea test-launched four ballistic missiles into the ocean near Japan. | Military.com >>

Multiple fast-attack vessels from Iran’s Islamic Revolutionary Guard Corps came close to a U.S. Navy ship in the Strait of Hormuz on Saturday, forcing it to change direction, a U.S. official told Reuters on Monday. | Reuters >>

While serving in Iraq, Baskis and his team were riding in a vehicle when a bomb detonated. Shards of metal went everywhere, killing his friend and severely injuring Baskis. The incident caused Baskis to lose all of his sight, lose his sense of smell and lose some hearing in his right ear. He made a decision in the hospital bed that he wasn’t going to lose sight of his aspirations to travel the world, he said. | The Vanguard >>

“I started it out of necessity,” said Lassiter, who is also a pastor at City Lights Church in Panama City. “I’ve had other pastors call me asking what to do about the veterans in their congregations. ‘How do I minister to them?’ ” | Panama City News Herald >>

It was clear that something needed to be done to help veterans transition into civilian life easier and with less stress involved. That’s where the Vets 22 App comes in. Drayton along with Iraq War Veteran Jeff Shuford decided to develop the Vets 22 app in order to have all of the necessary resources for veterans all in one place. | Digital Journal >>