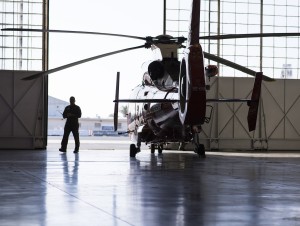 If Veterans Affairs Under Secretary for Health Dr. David Shulkin is confirmed as the next VA Secretary, he’ll take on a broader profile than just the medical aspects of the department. Here’s a look at some key facts and figures on where the department stands today, based on current officials’ own statistics and assessments of operations since current VA Secretary Bob McDonald took office in August 2014. | Military Times >>

Sleep apnea — a serious sleep disorder in which breathing stops and starts during the night — is a condition four times more common among veterans than the general population, according to the National Sleep Foundation. While about 5 percent of the people in the United States have sleep apnea, up to 20 percent of veterans suffer from it, the foundation says. A study released last February from Stanford University found that 87 percent of veterans between the ages of 55 and 89 have the condition. | The Recorder >>

When a 51-year-old veteran drove to a Veterans Affairs clinic in New Jersey in March last year, doused himself in gasoline and lit himself on fire, the VA’s top health official, Undersecretary David Shulkin, personally called caregivers at the clinic, allocated more clinical resources and ultimately removed the hospital director in charge of the clinic. | USA Today >>

The latest clashes occurred in the neighboring Shurta and Andalus districts. At least three Islamic State suicide car bombs targeted Iraqi forces in Andalus. There was no immediate word on any casualties. In an online post, Islamic State said it had carried out a “martyrdom operation” in the area. | Reuters >>

“We had a good time there, had good neighbours, lived among our own Pashtun brothers. But I didn’t expect that the Pakistani government would treat me like this at the end,” Sharbat Gula told me at her temporary residence in Kabul. | BBC >>

Former astronaut Gene Cernan, the last person to walk on the moon who returned to Earth with a message of “peace and hope for all mankind,” died on Monday in Texas following ongoing heath issues, his family said. He was 82. | Military Times >>

“Whether Congress and the government can actually fund it, is a whole other ball game,” said Rich Nolan, president of the shipyard’s largest union. Boosting shipbuilding to meet the Navy’s 355-ship goal could require an additional $5 billion to $5.5 billion in annual spending in the Navy’s 30-year projection, according to an estimate by naval analyst Ronald O’Rourke at the Congressional Research Service. | Providence Journal >>

Washington, along with the European Union, has imposed several rounds of economic sanctions on Russia and travel bans for individuals following Moscow’s annexation of Crimea and interference in the conflict in eastern Ukraine. The latest round of U.S. sanctions came at the end of December. | Military.com >>

Whether it’s learning fly tying and fly rod building in classes at the Erie Veterans Affairs Medical Center, or fishing in waters across Pennsylvania, Allan, 46, takes solace in knowing the Project Healing Waters program has greatly helped him through his struggles with post-traumatic stress disorder. | Go Erie >>

“We have veterans that have mobility issues, we’ve got veterans that have syncopal [fainting] episodes, you know, they have PTSD,” said Raelene Eppard, a volunteer dog trainer with 4 Paws 4 Patriots. “Just something as simple as a dog learning how to turn on the light when they’re having their problems or flashbacks.” | Fox 13 >>