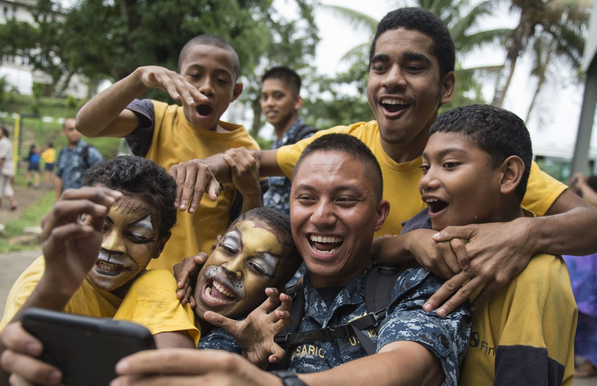 Aurora VA hospital again focus of talks over short-term deal
Negotiations over a troubled Veterans Affairs hospital in Aurora are starting to resemble a bad game of high school football: not much movement and a whole lot of punting. According to lawmakers and aides involved in the talks, the expectation this week is that Congress will seek another short-term deal to avoid a shutdown at the construction site. | The Denver Post >>

VA prescription crackdown raises new concerns
The number of veterans prescribed opiates and other pain medications through Veterans Affairs has declined under a drug safety initiative but the aggressive monitoring program may have deadly consequences for some who turn to street drugs or suicide to stop their pain. | Military Times >>

Afghan security forces and militant fighters are locked in a battle for control over a remote district in northeastern Afghanistan, officials said on Saturday. Police and local officials evacuated their compounds in the central district of Yamgan in Badakhshan province on Saturday as militants laid siege to the area, provincial governor Shah Waliullah Adib told Reuters. | Reuters >>

Two of Al Qaeda’s spiritual leaders have said that the terror organization is barely functioning after losing money and manpower to the rapidly rising Islamic State group, according to a report. | Fox News >>

A district attorney in an increasingly volatile northern province in Afghanistan was killed on Thursday by a sticky bomb that was attached to his car, an Afghan official said. | Associated Press >>

The United States is considering establishing a new network of American military bases in Iraq to aid in the fight against the Islamic State, senior military and administration officials said Thursday, potentially deepening American involvement in the country amid setbacks for Iraqi forces on the battlefield. | New York Times >>

Media in the Middle East have reacted cautiously to the US plan to send 450 more military advisers to Iraq, with many commentators welcoming the support but saying it is incomplete. | BBC News >>

Up to 450 more U.S. troops will deploy to al-Taqaddum Air Base in Anbar Province to set up a new base to advise and assist Iraqi forces. There are two main goals: improve Iraqi military planning and tactics, and encourage inclusion of Sunni fighters. | Washington Times >>

Like hummingbirds sipping nectar from a feeder, two of the nation’s newest stealth jets — Air Force F-35 joint strike fighters — strutted their stuff for a refueling exercise Wednesday. For a jet that can fly from Las Vegas to Los Angeles in 27 minutes at nearly 1 1/2 times the speed of sound, they had to slow down to 450 mph to match the speed of a KC-135 Stratotanker in order to get gas from its boom while cruising at 22,000 feet above Death Valley, Calif. | Las Vegas Review-Journal >>

The Army is known for its ability to fight on land, and most people know it has plenty of helicopters. But the Army also has an impressive fleet of watercraft that it uses for transportation, engineering, and even special operations platforms. Here are the watercraft that hardly anyone knows the Army has. | We Are The Mighty >>

Manpower officials have announced suspension of the Corps’ Voluntary Separation Pay program for officers and enlisted Marines, as the service begins nearing its drawdown targets that will reduce the ranks to 182,000 by the end of 2017. | Marine Corps Times >>

Like any 8-year-old, Clay Watson is excited to hit the softball field, but unlike most kids, Watson, who was born without a full left arm, is learning another way to grip the baseball bat. He’s among 20 children, between 8-12 years old, taking part in the first-ever West Coast Wounded Warrior Amputee Softball Team’s Kids Camp. | ABC Los Angeles >>

Mike Jernigan couldn’t see the four playful puppies on stage Wednesday afternoon at the Palma Ceia Country Club, and not just because his back was to the action. Nearly 10 years ago, Jernigan, a Marine lance corporal, was severely injured in Iraq when the Humvee he was riding in hit an improvised explosive device, crushing his skull and blinding him. | The Tampa Tribune >>

A personal health diagnosis and social media networking spurred Lily Casura to examine homelessness among female veterans. And with the help of a grant she received June 1 from the International Women’s Media Foundation, Casura hopes to expand her research and call attention to a portion of the veteran population that is often overlooked. | Military Times >>

The Department of Energy announced this week a joint initiative with other government agencies and major energy trade associations to recruit, train and employ veterans, their spouses and those transitioning from service to civilian life. The program would provide jobs in the energy industry, which is expected to need some 1.5 million new workers by 2030, according to the Quadrennial Energy Review. | Washington Times >>

The House on Thursday approved this year’s spending bill for the Pentagon in a 278-149 vote. Passage of the $579 billion bill came after the White House threatened a veto of the legislation over insufficient funding levels and controversial policy riders that would prohibit funds from being used to transfer detainees imprisoned at Guantanamo Bay to the United States. | The Hill >>