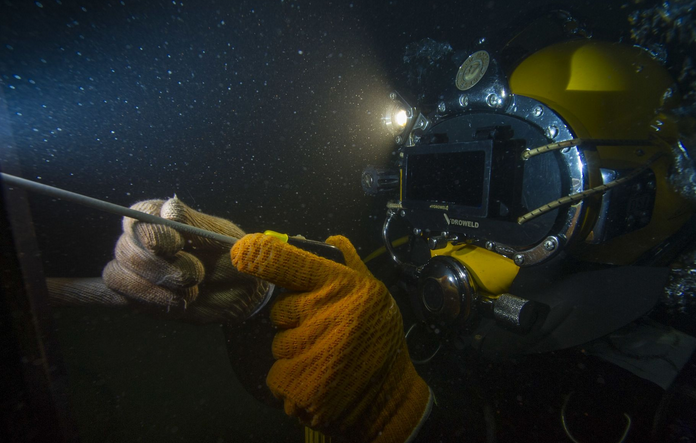 House to vote on easier firing of VA employees
Republican leaders announced Thursday that the House will vote on a bill giving the Secretary of the Department of Veterans Affairs new powers to fire any employee as part of a bid to speed up agency reform. | Stars and Stripes >>

VA not saying how many clinics operate at capacity
Veterans Affairs Department officials say a veteran’s experience in June at two VA clinics that turned him away for appointments should not have happened, and added that they resolved the problem by getting the patient an appointment and providing training for employees at those north Georgia facilities. | Military Times >>

Can The Agent Orange Act Help Veterans Exposed To Mustard Gas?
To understand the predicament of World War II veterans exposed to mustard gas, take a look at what happened to another set of American veterans who were exposed to a different toxic chemical. Last month, NPR reported that some of those World War II vets are still fighting for disability benefits from the U.S. Department of Veterans Affairs because the agency says they don’t have enough proof to substantiate their claims. | NPR >>

The American military has intensified its airstrikes in Afghanistan in recent weeks, expanding them to include a bombing campaign against Islamic State militants who defeated the Taliban in fighting over a sliver of territory in the eastern part of the country. | New York Times >>

In its day, the ancient city of Mes Aynak was a wonder of temples, monasteries, monuments and statuary. Located in the mountains about 90 minutes east of Kabul, in Afghanistan, this important Silk Road hub bears Hellenistic, Persian, Central Asian, Tibetan, Indian and Chinese influences. It’s peak was between the 5th and 7th centuries AD, when Buddhism was on the rise throughout the Hindu Kush. | LA Times >>

Taliban leader Mullah Mohammed Omar has backed peace talks with the Afghan government in a new statement. The BBC’s M Ilyas Khan in Islamabad assesses whether the announcement is a significant breakthrough. | BBC News >>

As Iraqi forces prepare to try to recapture the city of Falluja, tens of thousands of civilians find themselves trapped between Islamic State militants ready to use them as human shields and a government suspicious of their loyalties. | Reuters >>

Many Middle East governments are suspicious about the new Iran nuclear deal. But Iraqi authorities are embracing it — hoping it will reinvigorate the fight against Islamic State militants by easing friction between this country’s two main allies: the United States and Iran. | Washington Post >>

Iraqi policeman Ziad Radi is no stranger to hot weather, but his sun-blasted face is testament that even for seasoned Iraqis, the weather on Thursday was almost too hot to bear. Radi spends eight hours a day patrolling Baghdad’s Karradah neighborhood — braving temperatures that on Thursday soared above 51 degrees Celsius (123 Fahrenheit). | Associated Press >>

The Corps is working with European allies, including the United Kingdom, to see if it can deploy small aviation-based quick-response task forces aboard ships like the Ocean during a crisis. The initiative is the latest effort to offset what Marine leaders say is a lack of sealift for the kind of missions the service is increasingly emphasizing. | Stars and Stripes >>

The U.S. Army recently returned some of the land it occupies near Tokyo to the Japanese government and plans to hand back more, U.S. officials say. Maj. Gen. James C. Boozer told troops and civilians about the land transfers after handing command of U.S. Army Japan to Maj. Gen. Jim Pasquarette at Camp Zama last Wednesday. | Stars and Stripes >>

The fist bump was their thing in Afghanistan, where both Marines lost legs in the same attack, and the fist bump is still their thing in the hunt for child predators under a special law enforcement program to train and hire medically retired veterans. | Military.com >>

His goal is to inspire wounded veterans to seek help. Jack McIlwain walked through Huntington County on State Road 124 on Wednesday as part of a journey across Indiana. This purpose is to raise awareness of veteran suicide and post-traumatic stress disorder. | WTHITV 10 >>

Ring, a combat veteran who has spent 10 years in the Navy, is attempting to swim the entire Mississippi River. That means day after day of eating a protein bar for lunch while kicking down the river on his back, and it means sore hands and ribs after unexpectedly shallow, rocky parts of the river. | USA Today >>

A bill introduced last month is intended to make such reunions between soldiers and the dogs they served with more common. Inspired by her experience helping Tucker, Sinema along with Rep. Erik Paulsen, R-Minn, sponsored the Military Working Dogs Retirement Act, which would require military working dogs retired overseas to be sent back to the States at government expense for their handlers, other servicemen and -women, or American families to adopt. | The Arizona Republic >>

A group of Democratic lawmakers on Wednesday proposed legislation that would give troops that were kicked out of the armed forces solely because of their sexual orientation the chance to clear their record. | The Hill >>