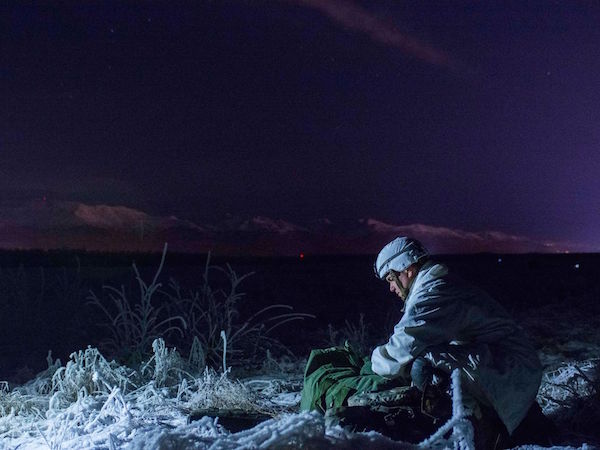 Next step for TAP: More civilian employers
Federal administrators spent the last four years reworking military transition programs to better prepare departing troops for jobs in the civilian workforce. The next step is to actually get veterans into those jobs. | Military Times >>

Congress Set to Extend Lifetime Health Care Benefits for 9/11 First Responders
After tirelessly lobbying Congress since late summer, the first responders who spent months working at Ground Zero following the terrorist attacks on Sept. 11, 2001, are set to finally receive lifetime medical care for the illnesses attributable to their time on “the pile.” | NBC News >>

Security in Afghanistan is deteriorating, violence is increasing, and the Islamic State has become “operationally emergent” in the country’s east, though insurgents have not been able to exert lasting control over any major population centers, the Pentagon says in a new report. | Stars and Stripes >>

Amid increased levels of violence in Afghanistan that has now spread across a large part of the country, the United Nations Deputy Special Representative there, reported today overall progress in the ability to provide relief aid to those in need, as all parties to the conflict have shown an increase respect for humanitarian laws. | UN News Centre >>

The U.S. and Britain have deployed at least four special-operations teams to the Afghan province of Helmand, stepping up their direct intervention in support of struggling Afghan government forces trying to fight off advances by Taliban militants. | Wall Street Journal >>

Kurdish forces are battling ISIS militants on the ground in Iraq and Syria, and Wednesday brought more bloodshed for the Kurds, a vital member of the global coalition to defeat the terror group. | CNN >>

Saudi Arabia this week declared the formation of an Islamic coalition to combat terrorism, allowing members to “share information and train, equip and provide forces if necessary” for the fight against extremist groups, Saudi Foreign Minister Adel Jubeir said during a Tuesday news conference in Paris. | LA Times >>

Two early out programs, one voluntary and one involuntary, have been re-authorized for certain categories of Regular Army enlisted soldiers as part of the service’s drawdown strategy for 2016. | Army Times >>

Establishment of a more liberal Coast Guard maternity leave policy is among the service’s top personnel priorities, Coast Guard Commandant Adm. Paul Zukunft said Tuesday. Speaking to a Navy League audience ahead of the upcoming publication of his human capital strategy, Zukunft said he was working with other service chiefs to adopt the same 18-week maternity leave policy that Navy Secretary Ray Mabus implemented for the Navy and Marine Corps earlier this year. | Military.com >>

Retired U.S. Navy SEAL Andy Stumpf risked his life to support the SEAL community and set a global record in a death-defying feat earlier this year. Armed only with a wingsuit and a whole lot of courage, Stumpf jumped from an altitude of more than 36,500 feet, exiting a plane travelling more than 230 mph. He used a wingsuit made by Squirrel reach speeds above 140 mph. | Fox News >>

Ricky Dobbs balances military service with dreams of playing in the NFL. Faith and service to country have been a big part of Ricky Dobbs’ life up to this point and the former star quarterback for Navy knows those two things will be a big part of his future. Growing up in the small town of Douglasville, Georgia, faith was sometimes all he had. | Task & Purpose >>

Many of us see a veteran and stop to say thanks, but one man is going well beyond that. War In Afghanistan veteran, Anthony Marquez doesn’t want new generations to forget about the greatest generation – those who lived during a time of great deprivation, then, went off to war. | News On 6 >>

Investigators at the Department of Veterans Affairs found that two senior managers retaliated against whistleblowers who reported dangers to patient care and financial mismanagement at the Phoenix hospital at the center of a nationwide scandal over falsified waiting lists. But 15 months after the internal probes were finished and sent to Secretary Robert McDonald recommending that the managers be disciplined or fired, VA has done neither — keeping one official on paid leave at home and leaving the other on the job. | Washington Post >>

Republican Sens. Thad Cochran and Roger Wicker along with Republican Reps. Gregg Harper, Steven Palazzo and Trent Kelly and Democratic Rep. Bennie Thompson on Tuesday issued a letter to VA Secretary Robert A. McDonald vehemently opposing the appointment of Dr. Skye McDougall to be the Network Director for the South Central Veterans Affairs Health Care Network, according to a release sent by Cochran’s office. | Sun Herald >>

The U.S. Department of Veterans Affairs has contracted with Boston-based startup Cogito for use of its real-time behavioral analytics mobile app that analyzes voice recordings and mobile phone usage to create clinically validated behavioral indicators of mental health. The agency said it will use the Cogito app to detect veterans in need of mental health care, including suicide prevention. | Fierce Markets >>