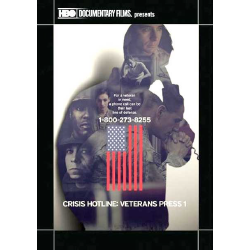 This Oscar-award winning documentary short was co-produced in association with IAVA and HBO and profiled the longtime IAVA program partner, The Veterans Crisis Line (VCL). IAVA conducted extensivemedia and social media outreach and hosted an event on Capitol Hill in Washington featuring the IAVA-created Post-9/11 Veterans Caucus and Co-Chairs Congresswoman Tulsi Gabbard (D-HI) and Congressman Dan Perry (R-PA). IAVA is a leader in bringing together Republicans and Democrats and in convening events to promote IAVA partners and products. For this collaboration, IAVA awarded the film with its Seal of Approval.