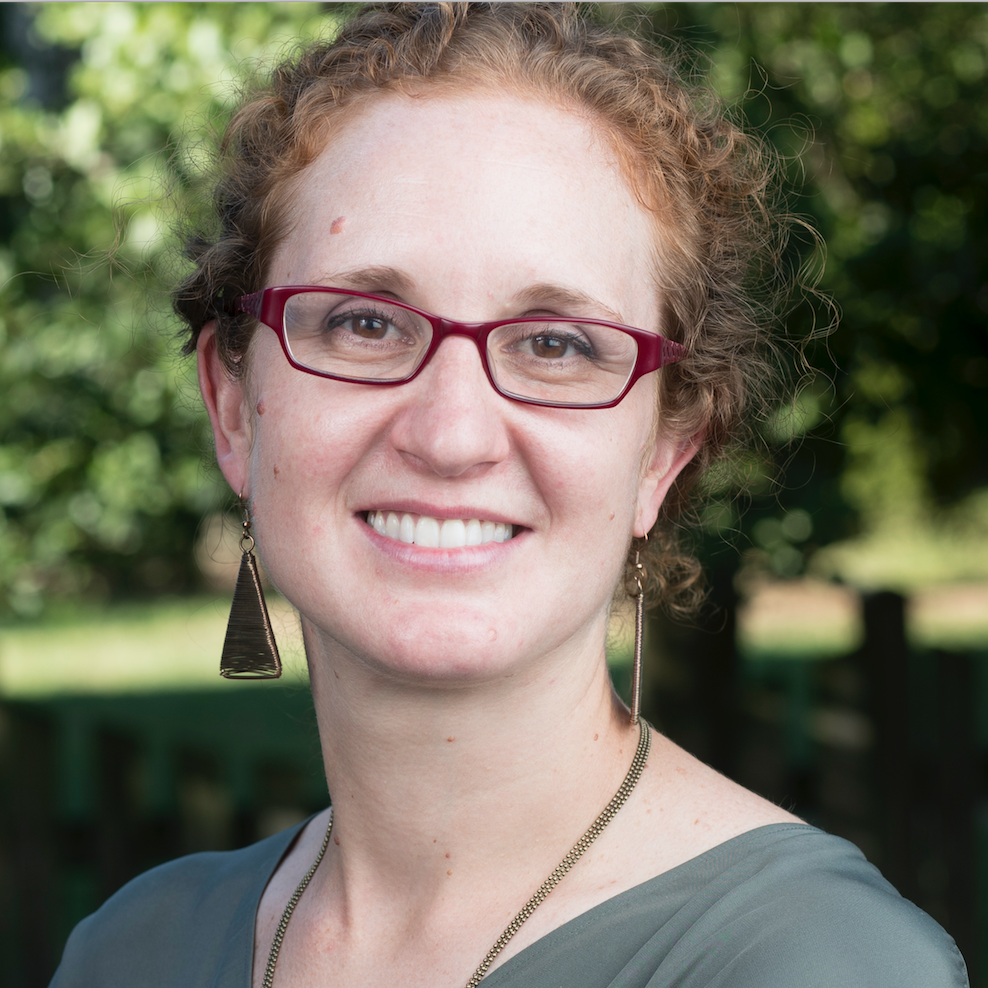 Since I publicly declared this to be my New Years Resolution, I finally bit the bullet and applied to enroll in the VA (after a solid week of procrastination, of course).  Apparently you can’t just join the VA.  You have to apply first.

I called the hotline (877-222-VETS) because I figured it might help answer some of my questions.  I found the application link online (with the help of some awesome folks on Twitter and some googling on my own), but I thought that calling ahead would be helpful.  I spoke with a very nice man named “George” who talked me through the process… sort of. 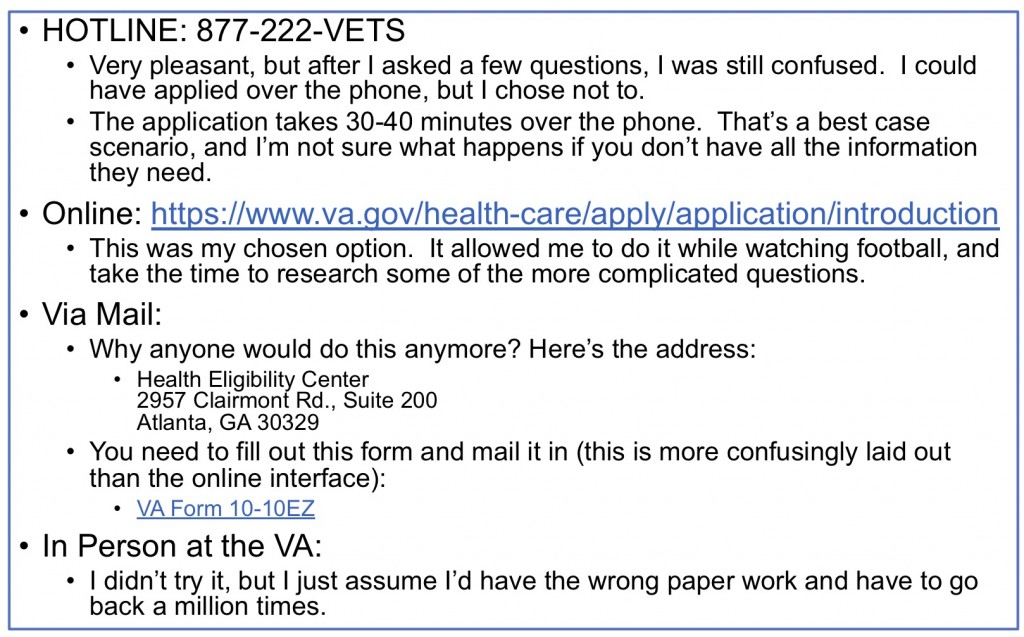 George was lovely.  But… I was just as confused after the call as I was before.  My biggest question was: what am I eligible for? I was surprised to learn that I could have had 100% free healthcare for the past 4 years just because I deployed to Afghanistan.  I have about 10 months of eligibility left. George also told me that after the 5 years are up, I’m also eligible for free healthcare. That confused me, so I asked what was the difference between the first five years, and the time after the five years were up?  He said it was “enhanced” because of combat, but couldn’t explain the difference.  So… maybe I have 10 months left of eligibility, or maybe I have an eternity?  I always thought that serving on active duty did not automatically qualify you for free healthcare for life.

In general, I’m not a fan of benefit programs that distinguish between people who have deployed and those who have not.  George emphasized that being a “combat veteran” entitled me to more than some of my peers. For anyone who served on active duty, they know that they have no choice about where they serve.  Being deployed to Afghanistan was disruptive in my life, but so was being stationed in Okinawa for two years, not to mention what we all endure during training.  For me personally, most of the injuries and mental stress associated with being in the military that I experienced had nothing to do with the deployed environment.

I asked George if I was still a “combat veteran” since I didn’t really go outside the wire.  He laughed and he said “They don’t know where you went!”  That was awesome.  If you went downrange, you’re a combat veteran.

Anyway… signing up online only took about 10 minutes.  There were two things that I did find a bit confusing:

I made the mistake of trying to sign up in January.  None of the relevant tax documents from my bank or work that would provide those amounts are available yet.  I had to make an educated guess.

I definitely recommend lining up your answers to the income questions and making sure you have your health insurance information handy before you start the application process.  That’s what took the most time for me… (and maybe some interruptions from my two boys jumping on my laptop).

Now I have to wait.  Apparently they mail you back a response in a week.  If I messed any of this up, I’m sure they’ll let me know…