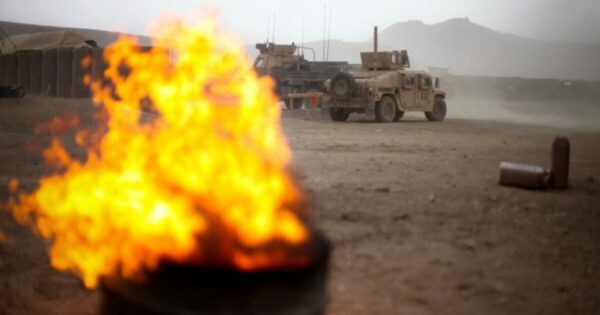 During the Vietnam War, the US Military sprayed nearly 20 million gallons of defoliants over forests to deny cover and concealment to the enemy. The most commonly known herbicide, Agent Orange, contained high levels of dioxins, a chemical compound now known to be extremely carcinogenic. While some initial reports of health problems emerged in the 1970’s, it was not until 20 years later when the full effects of Agent Orange exposure began to catch up with Vietnam veterans.

There is no accurate count on the number affected, but the Department of Veterans Affairs (VA) has conducted physical examinations on over 668,000 Vietnam veterans who were possibly exposed to Agent Orange. Thousands are reported to have gotten sick or died from leukemia, Hodgkin’s disease, type II diabetes, and a plethora of cancers and diseases. Disturbingly, the medical effects do not stop with those who served. A variety of birth defects, including spina bifida, are prominent among the children and grandchildren of Vietnam war veterans.

Similarly, as we near the 20th year of the Global War on Terror, post-9/11 veterans are getting sick in unprecedented numbers. Many of those affected attribute their illnesses to exposures to burn pits and other airborne toxins. Commonly referred to as the Agent Orange of the post-9/11 generation, burn pits were a common way to get rid of waste at military sites throughout Iraq, Afghanistan, and other conflict areas. Batteries, unexploded ordnance, petroleum products, plastics, human waste, and even amputated limbs were disposed of in burn pits, which unsurprisingly have been connected to a variety of dangerous chemical compounds.

As an Associate of Government Affairs for Iraq and Afghanistan Veterans of America (IAVA) one of my responsibilities is implementing our Annual Member Survey and analyzing the results. The data I have seen is particularly concerning. Year after year, there has been an upward trend in the number of IAVA members reporting symptoms associated with toxic exposure. We recently closed our 10th Annual Survey in early January and the results were shocking. Eighty-eight percent of IAVA members who were exposed to burn pits reported symptoms that they believe are or might be connected to airborne toxins.

Toxic exposure is an issue that hits particularly close to home for me. As an Infantryman with the Vermont Army National Guard, I deployed to eastern Afghanistan in 2010. A good friend of mine, Wesley Black, began experiencing severe stomach pain soon after we returned home and complained of his symptoms to VA in 2013. Wes requested a colonoscopy but was told that he was just experiencing stress related irritable bowel syndrome. In 2017, after a trip to the emergency room, Wes was diagnosed with stage four colorectal cancer at the age of 31 and is currently fighting for his life.

For those who have illnesses due to their exposure, accessing care and disability compensation is a challenge. VA maintains that there is no scientific evidence of long-term health problems from exposure to burn pits and has denied 80 percent of claims, preventing sick veterans from getting the healthcare they need. Furthermore, for the veterans who are terminally ill with aggressive cancers a denial means that their dependents will be prevented from receiving assistance from  VA Dependency and Indemnity Compensation.

Nearly two years ago, IAVA joined with many other military and veteran service organizations to form the Toxic Exposures in the American Military (TEAM) Coalition. Now with more than 30 members, TEAM has been hard at work on solutions to ensure that sick veterans are taken care of. Now is the time to take action, especially considering the momentum already built with the passage of the TEAM Act (S. 4393) out of the Senate Veterans Affairs Committee. This legislation would give vets access to VA health care and testing, allow veterans access to data held by the Defense Department on what they were exposed to during deployments, and expand training on toxic exposure issues for VA health care and benefits personnel.

Additionally, just last week Congressman Raul Ruiz (D-CA) and Sen. Kirsten Gillibrand (D-NY) introduced the Presumptive Benefits for War Fighters Exposed to Burn Pits and Other Toxins Act of 2020 (S.4572/H.R.8261). This legislation would establish a presumptive of illness for burn pits and other toxins. This would remove the “burden of proof” from the veteran to provide enough evidence to establish a direct service connection between their health condition and exposure. Whether it is Vietnam, the Gulf War, Iraq, Afghanistan, or conflicts in the future, no veteran should have to fight tooth and nail for healthcare or benefits related to toxic exposure.

To ask Congress to pass the TEAM Act and secure healthcare for exposed vets, go HERE.