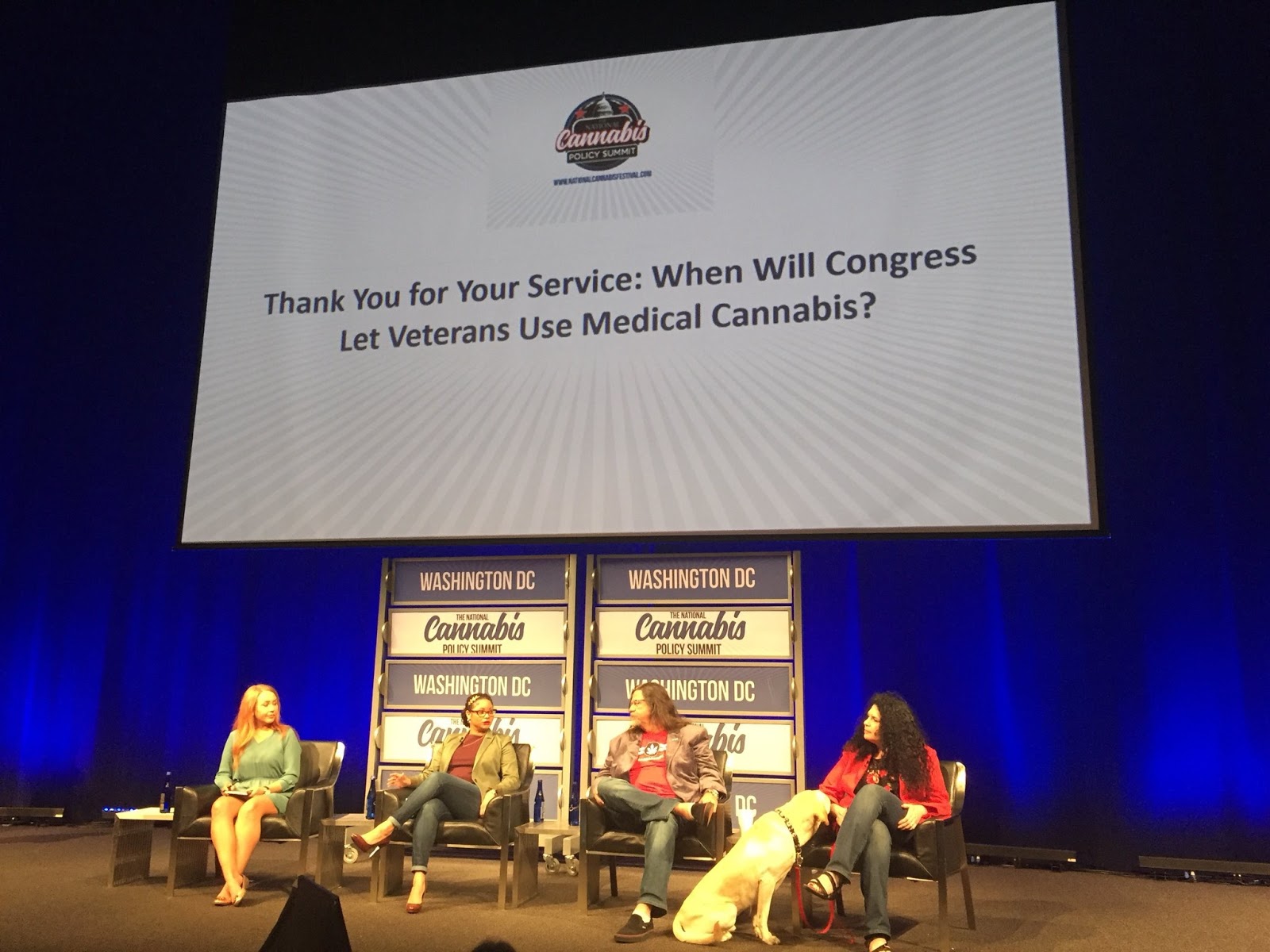 Why isn’t the VA researching medical cannabis? We here at IAVA think they should be and the state of cannabis research for PTSD would indicate that there are enough promising findings that, at the very least, we need to be doing more research. The VA’s National Center for PTSD has found that between 11 and 20% of veterans who served in OIF/OEF will have symptoms of PTSD in any given year—literally hundreds of thousands of veterans. The National Center for PTSD cites Prolonged Exposure Therapy (PET), Cognitive Processing Therapy (CPT), and Eye Movement Desensitization and Reprocessing (EMDR) as the treatments with the most efficacy. Even PET, the most successful overall of the treatments, results in about 40% of the patients only receiving minimal or partial response to the treatment. When successful treatment is only slightly more effective than a coin toss, new treatment strategies need to be developed.

When neuropsychologists look at PTSD, they look at fear extinction processes. We learn fear through association—dangerous situations in the past might cause us to associate similar, but non-dangerous, situations with threat in the present—and this process contributes to the bulk of PTSD symptoms, including hyperarousal, avoidance behavior, and intrusive memories. Fear extinction learning is the process where, over multiple exposures, we learn that the threatening situations are not dangerous and the PTSD symptoms are reduced. This fear extinction learning is the key to most of the Evidence-Based Treatments for PTSD. It happens that the same system of neurochemical receptors that cannabis affects is also responsible for stress responses, emotional memories, and fear extinction.

With over a hundred thousand patients in need, one would hope that the VA would be taking the lead in developing new or complimentary treatments for PTSD. However, despite the promising results found in studies of cannabinoid interventions for PTSD, they still believe that they do not have a mandate to research medical cannabis. How promising are the results? Well, in the April 2019 volume of Progress in Neuropsychopharmacology & Biological Psychiatry, researchers from the Universities of Tasmania and Melbourne provided a snapshot of the current state of PTSD/Cannabis research.

There are several chemical components to cannabis, each having different effects on the receptors in question. Studies have shown that THC can aid in fear extinction as well as reduce hyperarousal and improve sleep quality. However, THC has also been found to increase false recollection of memories. Synthetic cannabinoids have also shown some stress reduction effects, but there are concerns about the intoxication effect that could lead to misuse. Cannabidol (CBD) has shown to be safe when used within specific dosages and does not appear to have any recreational profile or public health concerns. CBD has been shown to enhance fear extinction, consolidating emotional memories, and stress reduction. It has also shown increases in sleep quality. That said, there have been some drawbacks found in the research. In high doses, CBD has been shown to impair memories, which is counterproductive to PTSD treatment. Also, some levels create a level of alertness that can impact the quality of sleep. In addition, how CBD creates these effects is not well understood.