Read: Establish A Global War On Terror Memorial On The National Mall 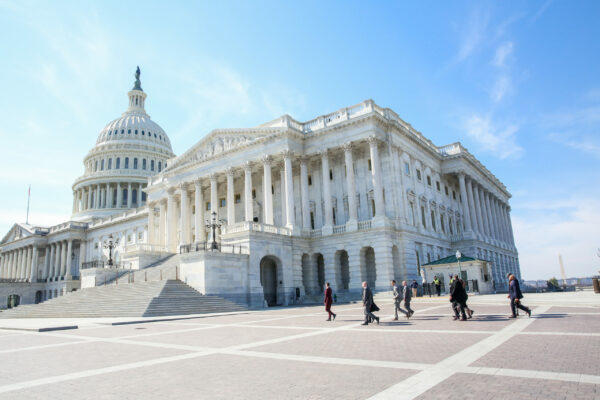 For more than three years, IAVA has advocated for establishing a memorial in Washington, DC to salute all who served in this conflict: service members, civilians, and their families. We are nearly 20 years into the Global War on Terror, and these conflicts have taken a heavy toll on those who have served, especially those who have made the ultimate sacrifice. A GWOT Memorial would not only recognize the men and women who have served in the wars in Iraq and Afghanistan, but also elsewhere around the world like the Philippines, Syria, Africa, etc.

The importance of a Memorial on the National Mall cannot be overstated.

After the passage of the original legislation, leadership of the Memorial Foundation conducted focus groups and meetings around the US and learned that military families overwhelmingly want the Memorial in DC, but in a place of prominence on the National Mall.  Additional legislation is required to accomplish this.

A smaller percentage of Americans serve in the military today than at any other time, and fewer Americans have direct family or social ties to the Armed Forces. Americans no longer plant victory gardens, buy War Bonds or rush to factories to create munitions, planes, or tanks for the war effort. Sadly, American society is largely not connected to the Global War on Terror and placing the memorial on the National Mall would not only provide military families a special place to gather to honor, grieve, and celebrate, but it would also be a place to educate the general public and help to close what we call the military-civilian divide.

The IAVA-supported Global War on Terrorism Memorial Location Act (H.R. 5046) was introduced in November 2019. If this legislation passes, it would locate the memorial in one of three proposed areas in the Reserve section of the National Mall in Washington: Constitution Gardens, West Potomac Park or the JFK Hockey Fields.