This speech was delivered by Dr. Jackie Maffucci, Ph.D., IAVA Research Director, at a suicide prevention conference hosted by VA on February 2, 2016 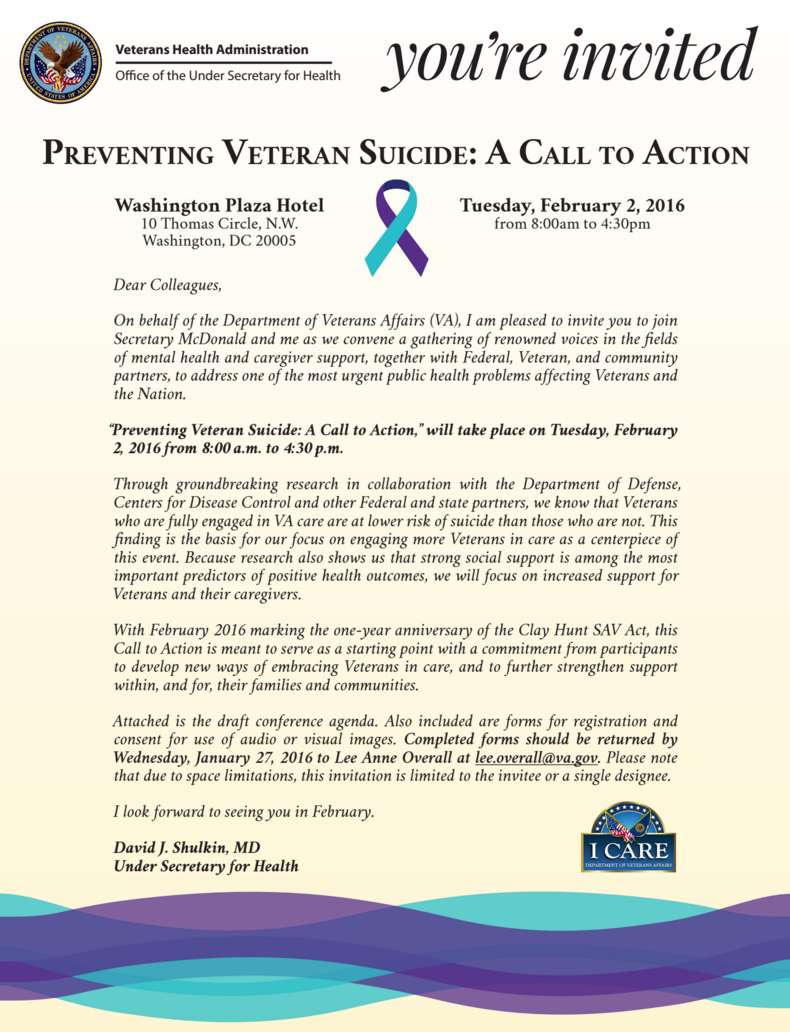 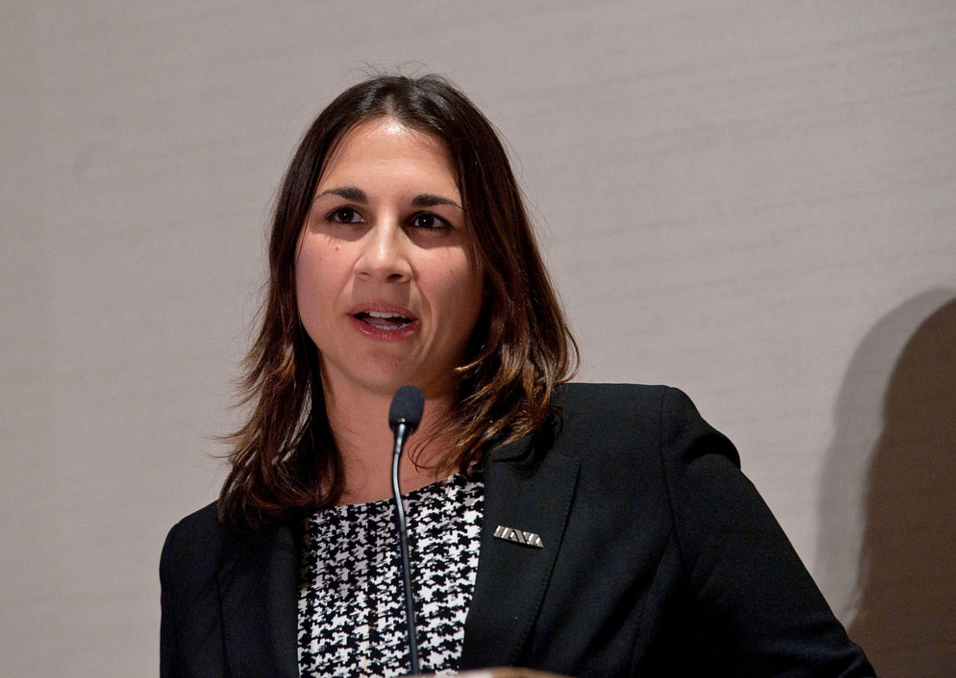 For me, there are two reasons. I come back every day because of Susan and Richard Selke and Clay Hunt. Because of Howard and Jean Somers and Daniel. I come back because of the many veterans I know and admire; who inspire me every day. Veterans like Kris Goldsmith, who himself was in DC just a few weeks ago lobbying Congress to address bad paper discharges; or Sara Poquette, who’s doing great work for the Dallas Center for Brain Health. These veterans have had their struggles, but they have overcome them and are thriving and leading in their communities.

Also, I come back every day because I’ve realize that it shouldn’t be this hard. For the last seven years give or take, my focus has been on military and veteran issues with an emphasis on health. The job can get really hard, and at times, heartbreaking. But in all the hard work and heartbreak, I recognize that it shouldn’t be this hard to affect change for better. This is why I keep coming back. 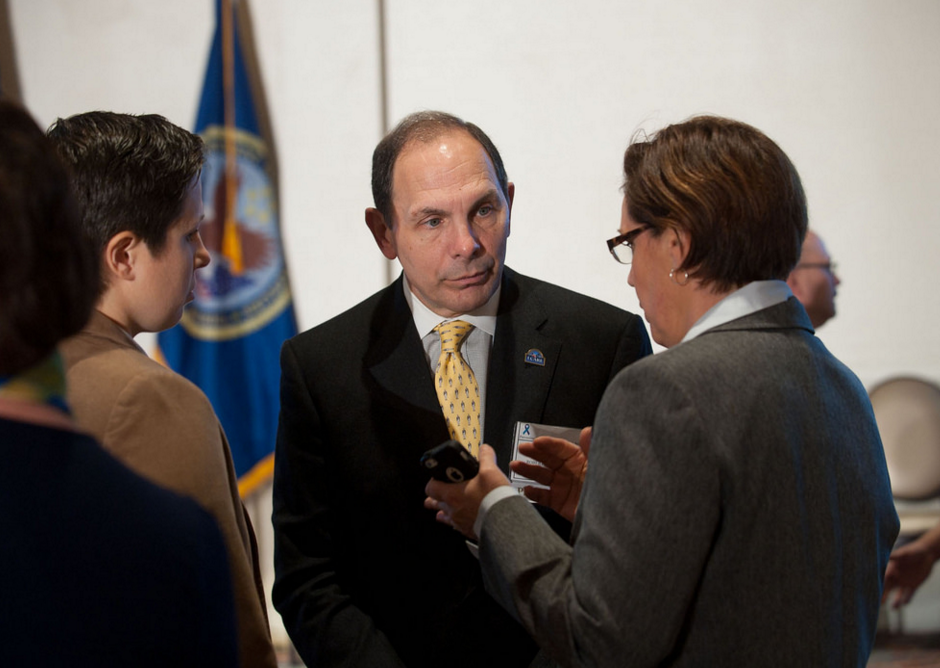 First, we need a champion; a leader that will both inspire and enable closer collaboration within this community. This leader will focus on advancing the conversation and turning it into action. As my friend Howard Somers said recently, we need someone who will light a fire.

Many of you were there for the launch of IAVA’s Campaign to Combat Suicide in March 2014, and later, the signing of the Clay Hunt SAV Act into law. That, along with the president’s executive actions on mental health, were huge achievements for this community. Not only because of the actions themselves, but also because we achieved them together. That’s the unity we need now, and consistently, to keep moving forward. We won’t be able to have nearly as big of an impact on suicide prevention as individuals as we will as a united community.

I challenge us as a collective at the end of the end of the day to have our champion so tasked. This has been something this community has needed for years, and it shouldn’t be this hard to achieve. Personally, I recommend either the National Action Alliance as this would be an expansion of its already existing role, or Joining Forces, as an entity that has been so effective in shining the spotlight on veterans and their family members. There might be another body up for the challenge. I’m up for suggestions. But we need to make this happen.

Second, we need better data. It’s right at our fingertips, we just need to prioritize it. For those who know me, you know that I focus on data-driven solutions. I don’t want to guess, I want to know, and I want the data to drive that solution. We don’t know what we don’t know, and unfortunately right now, there is a lot that we don’t know about suicide particularly for those not in uniform. Whether we’re talking about veterans or civilians, the data on suicide incidences that can help inform solutions is lacking. 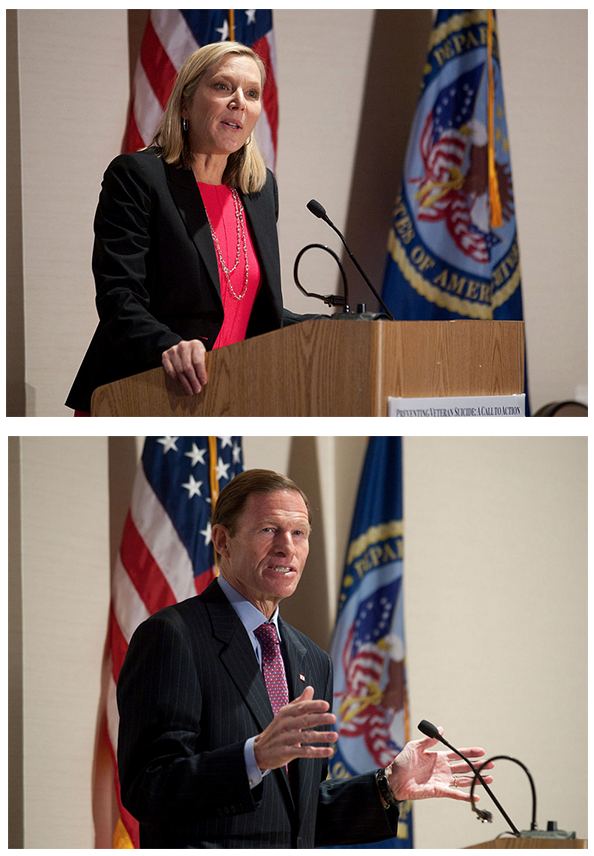 For the civilian population (of which, I should point out, veterans are a part), the data on suicide rates lag by years. In this day and age of big data and technology driven solutions, it’s confounding to me that this is still the case. Five years ago, when I started on the Army’s Suicide Prevention Task Force, this was a problem that had already been identified. Still, no solution. So I challenge those in the tech world to take up the cause and find the solution. I challenge the Centers for Disease Control and Prevention (CDC) to invite those in the tech world to do exactly that. It shouldn’t be this hard to have more real time data. Once that solution is developed, it opens the door for a host of additional data that can be collected and analyzed in more real-time. With more data comes more solutions.

Then, there’s the veteran data. I remember when I was first told about the Suicide Data Repository. This database that coalesces CDC, DoD, and VA data together holds the promise of finally providing a clear and comprehensive understanding of not only veteran suicides, but so much more. This database promised to be epidemiological gold. Frankly, I’m disappointed that it hasn’t been a priority and so little has come out of it thus far. This is the data that can drive solutions, so let’s troubleshoot this. Let’s get the protocols and resources in place to harvest and analyze the data and get moving. This can easily be done by September, we just need to have the will to do it. 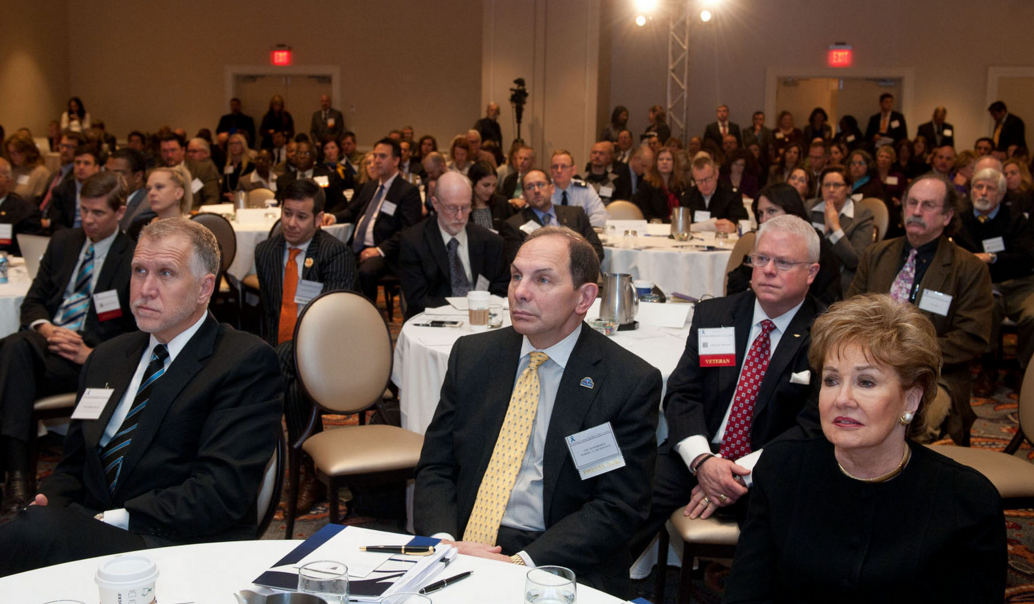 This is a problem. Suicide prevention is more than mental health. Social factors like finances or legal issues can put someone at risk too. Some of the stories shared today are of individuals whose challenges obtaining VA benefits added to their frustration as they navigated VA care. Limiting the Suicide Prevention Office to the mental health realm poses some very real problems when trying to address suicide prevention holistically. Moving the office higher up in the VA hierarchy and making it a more prominent and a heavily and independently resourced entity sends a message that this is a priority of the VA. They recognize the complexity of the issue and the urgency to focus on solutions.

IAVA will be working with the veteran service organization community, the VA and Congress to develop a plan, gather support and implement this recommendation simply because it’s the right the thing to do. We see an office with an enhanced capacity for research, increased funding and ability to expand and manage the Veterans Crisis Line and resourcing. With this we can really focus on program evaluation, outcomes monitoring and identification and expansion of best practices. This expansion is the first step in creating a more consistent system of prevention, intervention and care. It fits perfectly with the vision for MyVA.

In closing, I have one final challenge to propose. Collectively share stories of hope. Richard and Susan Selke and I spent a lot of time together while advocating for the the Clay Hunt SAV Act, named after their son lost to suicide. Our conversations always returned to the importance of community and hope. The ability to share stories of those who survived, who found hope, got care and are thriving now is critical to reach those who are suffering now. There have been campaigns, but never a collective one. I’ve been there and heard the stories of veterans who survived. I’ve had friends tell me how the VA saved their lives. Our members have told us the impact their family and friends have had in empowering them to get help. Those are the stories we need to tell. In this spirit, we must coordinate our messaging efforts into one simple and powerful awareness campaign to address help seeking, share resources and most importantly, provide hope.

It shouldn’t be this hard to work together, we just need the will to do it.