Read: Is the VA Moving the Goalposts?

In 2009, the Department of Veterans Affairs (VA) pledged to eliminate its claims backlog by the year 2015. That same year, the VA also asserted that any claim not completed in less than four months (125 days) would be backlogged.

Based on the VA’s Monday Morning Workload report, we at IAVA assumed that these goals applied across all 15 types of claims in the VA benefits system.

Apparently we were wrong.

Earlier this month, with no explanation, the VA’s Monday Morning Workload Report suddenly made clear that only 11 types of disability claims count toward the official backlog. The other four types of claims, representing about 30,000 claims with an average backlog rate of 63 percent, do not count toward the backlog tally and therefore won’t need to be processed to achieve backlog zero by 2015. 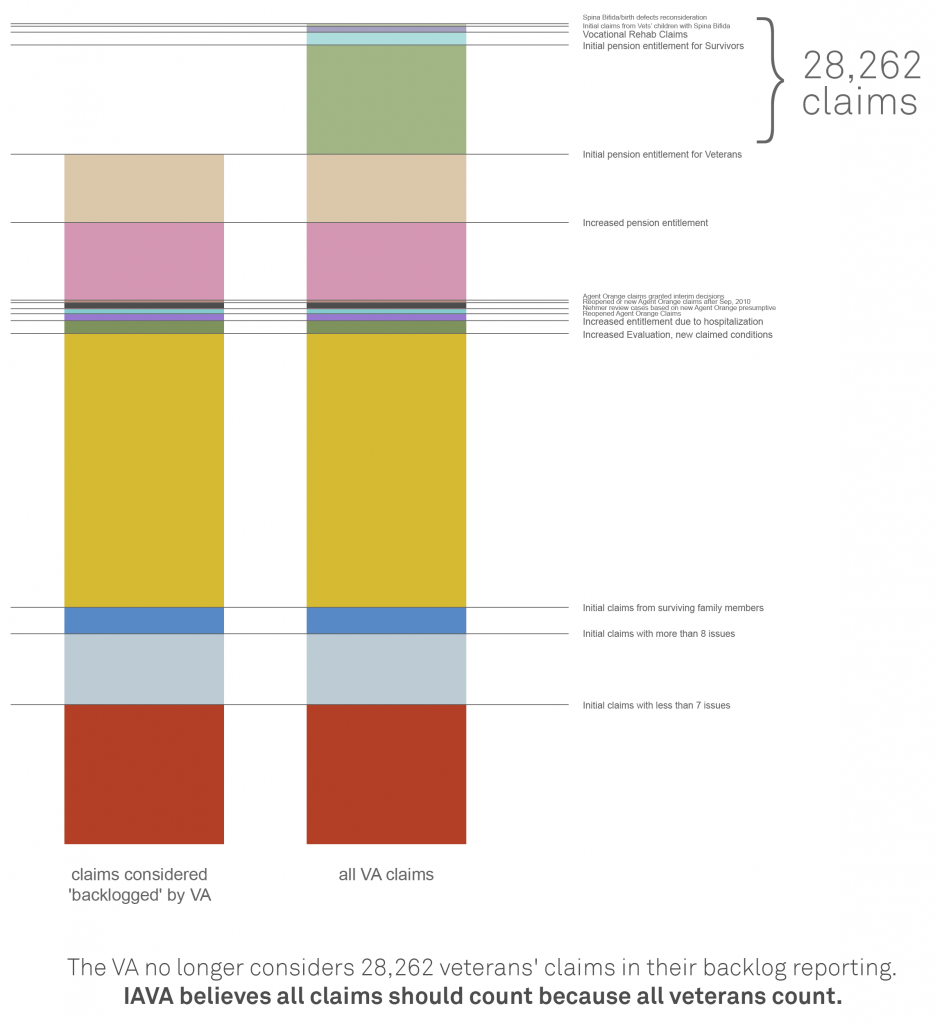 We have understood that the VA’s plan to end the backlog applied to all 15 types of disability claims. The VA’s 2015 goal should now come with an asterisk: zero backlog with 98% accuracy (*except for the almost 30,000 claims for vocational rehab, coverage for veterans’ children born with Spina Bifida and other birth defects, etc).

We believe that claims from all veterans and their families should be applied to VA’s 2015 goal. In our own reporting on the backlog, IAVA will continue to include those claims in the total number of people waiting for decisions.

These numbers don’t just represent rows on a spreadsheet or files stacking up on a bureaucrat’s desk. These numbers are real people – veterans who fought for our country and their families who fought right alongside them.