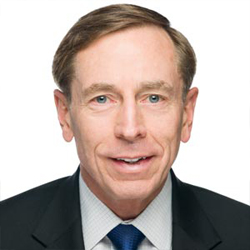 There is always a lot of debate and discussion around sequestration cuts to the military and how it will affect our military’s readiness.

IAVA Board Member, retired Army General David Petraeus, recently shared his experience and knowledge on the matter in an article in the Wall Street Journal, called “The Myth of a U.S. Military ‘Readiness’ Crisis.”

In the article he reassures us that even with budget cuts and a decrease in troop size, “America’s fighting force remains second to none.”

Yes, there are areas of concern he says, but there are things we can do to continue to improve ourselves:

“While there are areas of concern, there is no crisis in military readiness. But that doesn’t mean the U.S. is good enough—especially in a world of rapidly changing technology, new threats emerging across several regions, and a constantly evolving strategic landscape.”

General Petraeus went on to say:

“The good news is that there are reasonable answers to each of these challenges that are affordable and at least partially achievable. The bad news is that such issues are getting insufficient attention in the continuing debate. It’s time to remedy that.”