Read: Creative Spotlight: “Why is Mom So Mad?”

In April, Seth Kastle was praised throughout the veteran community for writing a children’s book to to help explain post-traumatic stress disorder to children. “Why is Dad So Mad?” was so well received, he immediately began working on the mom version. 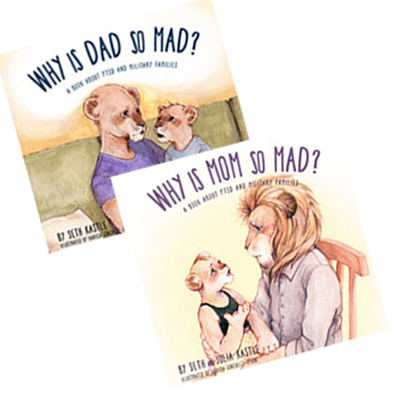 Below, Kastle shares his experience with PTSD and how the books came to be.

Originally posted April 27, 2015
Seth Kastle recently made national headlines when he wrote a children’s book to explain his post-traumatic stress to his daughter. The “Why is Dad So Mad?” author shared his personal struggle with us, and offers advice to fellow service members that may be suffering from PTS. 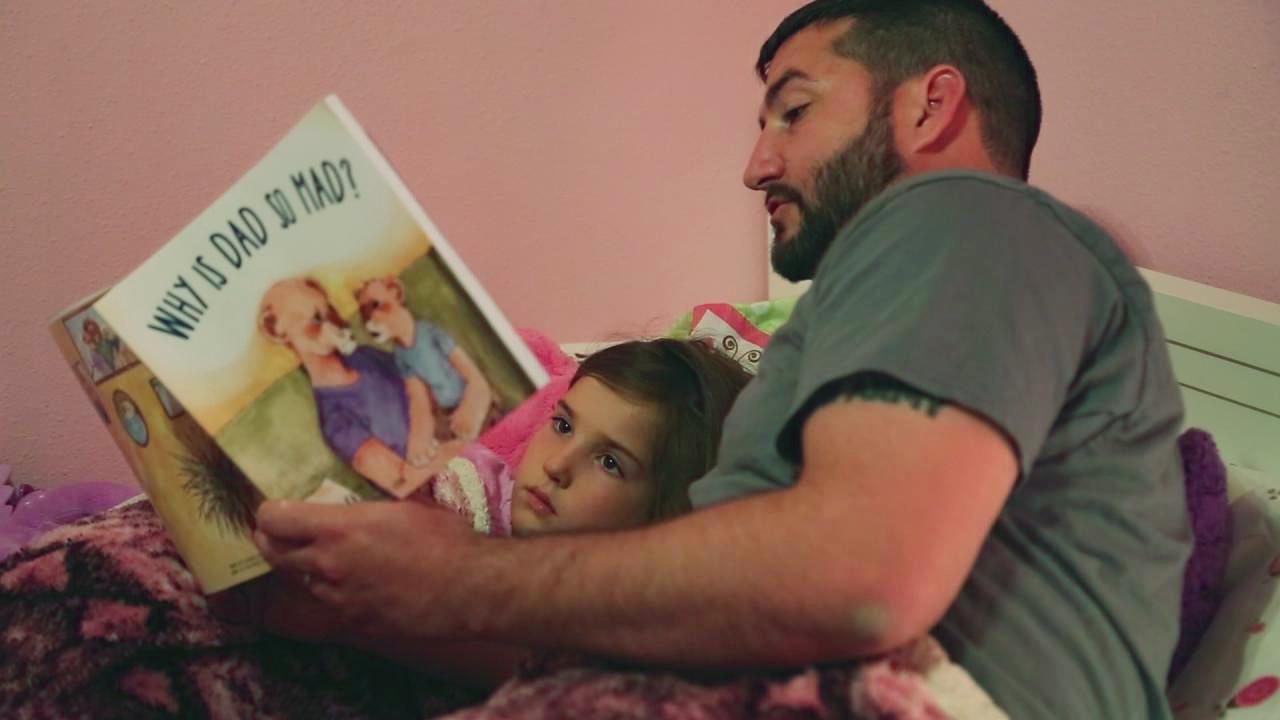 Kastle is a combat veteran who served 16 years in the Army Reserve, and was medically retired in July 2014. He served two tours in Afghanistan and Iraq respectively, before returning home to college. In 2008 he graduated from the U.S. Army Drill Sergeant School, and served as a drill sergeant in Ft. Sill, Oklahoma with the 95th Training Division until 2013, where he was promoted to first sergeant.

He currently resides in WaKeeney, Kansas, with his wife and their two daughters. He is a Professor of Leadership Studies at Fort Hays State University, a Doctoral student at Baker University, and a true example of #VetsRising.

When did your symptoms start?
2004 was when I started to realize that things were different, but I didn’t really have a grasp on things. The experience soldiers had coming home in the early years of the war is much different than what it is now. I didn’t even know what the VA was, there wasn’t the focus on resources then like there is now. I also was a young soldier and likely didn’t pay attention even when they were telling me about resources, so I have to own that piece.

When did you realize you needed help coping?
2011 was when everything started to fall apart in my life. Looking back I should have gotten help much, much sooner. It had gotten to the point I was getting ready to lose everything that was important in my life. Had I not gotten help, I would be a single man now. With where I was at that point in life, I imagine that would have led to pretty severe tailspin. 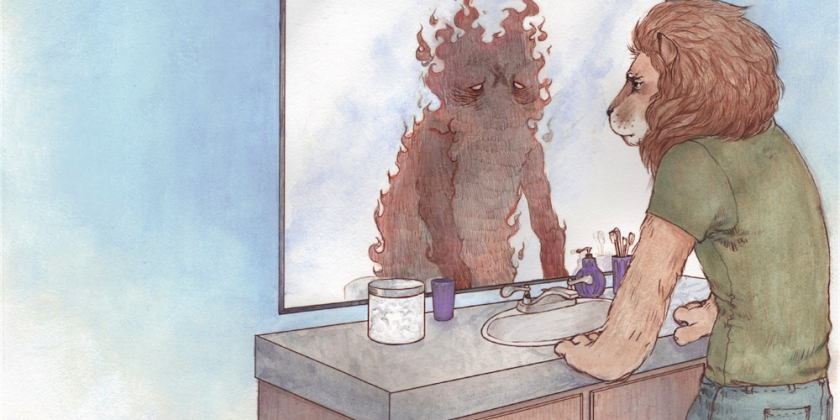 How do you cope and deal with the stressors of daily life?
For me this comes and goes. There are times that I think, “I’ve got this thing beat.” Then something happens and it is apparent to me that I don’t, and likely never will. I wish I had some magical advice to tell veterans on how to deal with this, but I don’t. My best advice is to not wait until your life is falling apart to get help. Go to the VA, go to a private counselor, go to your brothers or sisters that were with you, just go somewhere, and talk to someone. This has helped me in my journey more than anything.

How did it affect your family?
When my wife and I talk about it now (referring to the worst times) she tells me that she had to literally walk on eggshells all the time. I can think back to outbursts at work, or with family. I was drinking too much, and I was starting to lose control of everything.

What happened that ultimately made you write the book?
This book was something that I had in my head for quite a while, but never did anything with. I had a bad day at work one day, and came home and wrote it in about 30 minutes at my kitchen table. It then sat for a long time and I didn’t do anything with it. A friend of mine, Dr. Jamie Schwandt, who was overseas with me on both tours and is still in the Army, recently wrote a book about succeeding as a foster child. He was really a big inspiration to me and made me get off my butt and take the steps to make this happen.

How long did it take for you to find a publisher?
I really stumbled upon my publisher, who has turned out to be an invaluable member of my team. I hired Lyndsey Dugan of Dugan Design to design my book. In an early meeting she offered me a publishing package and everything took off from there. She designed the book, the ebook, produced and managed the Kickstarter campaign, and published the book. She has really been an incredible resource for me. I don’t think that my book would be done right now if it wasn’t for her, and even if it was, it wouldn’t have the quality that it does.

How have your daughters responded to the book?
My oldest daughter Raegan (who is 6) has responded very positively to it, my youngest daughter Kennedy is only two, so she is still a little young to understand everything. It’s nice to have a way to explain things to her. This book is mostly my story. PTS is going to be different for everyone. I know that the book doesn’t fit everyone’s situation, but I hope that it’s good enough to start conversations between parents and their children.

What do you wish to achieve now that it’s published?
For the book I hope that it can get into the hands of the parents and service members that can benefit from it. This is a problem that isn’t going away, so I hope to give as many parents a tool to help get them through the tough times.

Are you working on any other projects related to your experiences?
I have written a second book titled “Why Is Mom So Mad?” This book was written in consultation with women combat veterans who are mothers, and struggle with PTS. There are very few resources available for fathers who struggle with PTS, but there is nothing I have found that addresses this issue for mothers.

A decade of wars on two fronts, and asymmetrical warfare has blurred the lines of women in combat. There are many mothers who are carrying this burden as well. This book is currently being illustrated and will be out in August 2015.

What advice do you have for service members/veterans who are going through a similar experience?
One – Don’t wait until it’s too late to get help. Seeking treatment was one of the most pride swallowing experiences of my life, but I will tell you that every single piece of my life is better now because I went and did it. And two – Do your homework when it comes to burn pit exposure, chemical weapons exposure, and Mefloquin toxicity. These will have severely adverse effects on our generation of veterans.