On Wednesday, May 23rd, IAVA hosted a unique and special luncheon event along The Battery in lower Manhattan.  A diverse mix of IAVA supporters and allies joined together to view the annual Parade of Ships which formally kicks off Fleet Week in New York City.

While the event itself was loads of fun, IAVA’s strategic partner Southwest Airlines made it even more special for one lucky attendee.  In a random drawing for a roundtrip ticket on Southwest Airlines, IAVA selected Army veteran Marco Bongioanni as the winner! 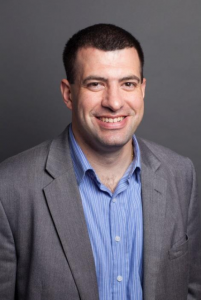 Marco truly embodies the qualities of the post-9/11 generation of veterans that IAVA so staunchly defends.  Having served as an Army Officer in Logistics from 2001-2010, Marco deployed twice in support of Operation Iraqi Freedom and once in support of Operation Enduring Freedom.  Since leaving active duty, Marco continues to serve his country in Civil Affairs in the Army Reserve.

A 2012 graduate of Fordham University with a Masters Degree in Mental Health Counseling, Marco is now helping other veterans in his current role with the Department of Veterans Affairs, specifically as a Mental Health Counselor at the Bronx Vet Center specializing in counseling veterans with PTSD. 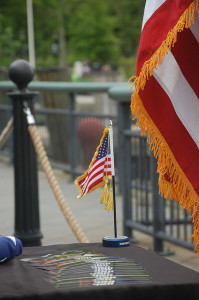 Marco’s own words sum up his drive and motivation:  “Duty, selfless service, and integrity were key values I developed in the military, and these now serve me as a pillar for action in my civilian life.”

IAVA and our partner Southwest Airlines are pleased to give a little gift of travel to our friend and colleague, Marco Bongioanni.  He is effectively living the mission of IAVA – to connect, unite and empower post-9/11 veterans – and we’re immensely proud of his work in the veteran community.  Congratulations Marco!