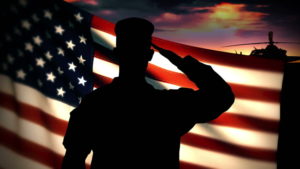 As we approach the 20th anniversary of the 9/11 attacks on our nation and the beginning of our fight in the Global War on Terror, and as we close out our military conflict in Afghanistan, IAVA offers our profound gratitude and respect to all who served our nation during the last two decades of war, especially those who returned with irreparable wounds, and the Gold Star Families who made the ultimate sacrifice.

To those 800,000 servicemembers and their families who answered the call to fight in Afghanistan, your sacrifice mattered, you served with honor, and you made your country proud. The human cost of 2,461 lives lost, 20,691 wounded in action, the many who returned with unseen wounds, and the military families who have been the backbone of that service can never be fully repaid. Through the sacrifice of all, your country and our allies were kept safe and you have had your fellow servicemembers backs for 20 years. You paved the way for a generation of Afghan girls and boys to be educated and for unprecedented economic development in their country. We hope many of those strides continue, and we are doing all we can to ensure safe passage to the US and other welcoming countries for those Afghan allies who remain in danger.

“It has been incredibly humbling for me to have served alongside, and worked with, so many veterans in recent years,” said IAVA Executive Vice President for Government Affairs, and Navy veteran of Afghanistan and the Middle East, Tom Porter. “The millions of women and men who have served with honor and distinction since September 11, 2001 have made our country greater and safer by leaps and bounds. America can never appropriately repay that sacrifice.”

“It may be technically correct to say that the US war in Afghanistan is over but, for the 800,000 who fought there and for their families, the effects of the war may never be over,” said IAVA Chief Executive Officer, Jeremy Butler. “The work of IAVA and our members is perhaps now more important than ever. The fight to ensure that America keeps its promise — both to all who wore the uniform of the United States and to those who supported those servicemembers — is still far from over. IAVA will continue to lead the effort for the post-9/11 generation and all those who supported them.”

We know that many in the veteran community are experiencing challenging times, and we invite all servicemembers, veterans and their families to seek assistance through IAVA’s Quick Reaction Force (QRF) program, which provides 24/7 free and confidential peer support and connections to resources. QRF can be reached 24/7/365 by calling 855-91RAPID (855-917-2743) or digitally at www.quickreactionforce.org.