IAVA Continues to Promote Equality for All Troops and Veterans

New York, New York (November 26, 2018) — Today, Iraq and Afghanistan Veterans of America (IAVA), the leading Post-9/11 veterans advocacy and support organization, is proud to announce our continued support for and promotion of equality for all troops and veterans.

On the heels of the Thanksgiving holiday request to the Supreme Court to rule on President Trump’s proposed transgender ban in the military, IAVA renews the call to respect the service of all who have volunteered to serve by delivering powerful testimony before the New York City Council regarding upgrades for other than honorable discharges for veterans, potentially based on their sexual orientation. 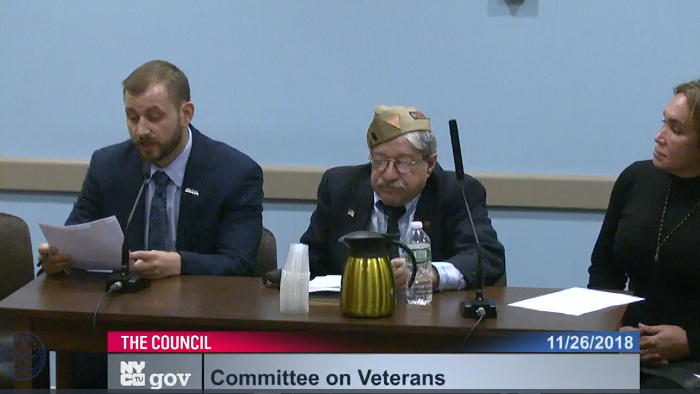 Continuing a highly impactful Veterans Month, Vadim Panasyuk, IAVA’s Senior Veteran Transition Manager and VA benefits lead, testified on equality for troops before the New York City Council Committee on Veterans today. For almost a decade, IAVA has been at the forefront of the fight for equality in the armed forces. IAVA was the first mainstream veterans organization to come out in support of repealing “Don’t Ask, Don’t Tell” (DADT). As former Joint Chiefs Chairman Admiral Mike Mullen said, lifting the ban on known gay and lesbian service members was “a matter of integrity – theirs as individuals and ours as a nation.”

IAVA also joined a recent amicus curiae to push back on the Administration’s proposed transgender ban. We stand by the fact that diversity is a force multiplier for our armed forces and IAVA is proud of its record of being on the right side of equality issues within the Department of Defense (DoD) and the Department of Veterans’ Affairs (VA).

It is with this long history of promoting equality for all of our veterans and servicemembers that IAVA supports the intention behind both of the bills before the NYC Council today, Int. 479 and Int.1218. For many years, LGBT service members could be separated under less than honorable conditions simply for their sexual orientation, and many were. This discharge status limited access to critical earned benefits and health care. While that practice is no longer in place for LGBT service members, there are still many LGBT veterans that are unfairly holding other than honorable discharges.

If you are a veteran experiencing challenges with access to VA care and benefits due to an other than honorable discharge status, or know a veteran that is, IAVA’s innovative and free Rapid Response Referral Program (RRRP) is here to help.