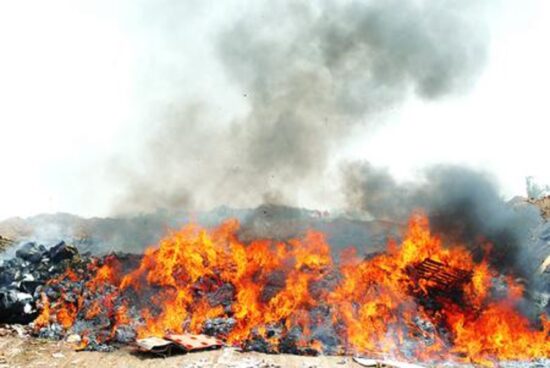 Washington, DC – Last week, the House Veteran Affairs Committee passed the Honoring Our Promise To Address Comprehensive Toxics (PACT) Act (H.R.3967) and sent it to the full House for a vote. This comprehensive package aimed at addressing injuries from burn pits and other toxins that have plagued the nation’s veterans for two decades.

“We are incredibly grateful for the leadership of Chairman Takano and his commitment to support veterans who are suffering due to exposure to toxins,” said Jeremy Butler, CEO of IAVA. “The issue of #BurnPits has been a top priority for IAVA on behalf of the hundreds of thousands of servicemembers and veterans who have been exposed and we applaud the Chairman, and committee members, for their bold action to address toxic exposures.”

Approximately 3.5 million veterans were exposed to burn pits that spewed toxic fumes and carcinogens into the air. Yet the Department of Veterans Affairs (VA) continues to deny approximately 70% of burn pit-related claims. This much-needed legislation would finally take the burden of proof off the veteran by creating a presumption of illness for several diseases, including cancer, as well as allowing veterans to receive health care from VA.

The Honoring Our PACT Act is a culmination of years of work, to finally address veterans that have suffered exposures. This legislation now moves to the House floor for a vote and IAVA urges Congress to pass this groundbreaking bill in advance of September 11 to support veterans exposed to toxins expeditiously.