WASHINGTON, DC (September 29, 2015) – Iraq and Afghanistan Veterans of America (IAVA) and Defense One are once again teaming up for a special event on September 29 to discuss the future of veterans in the United States. The event, “Continuing the Conversation – Veterans: The New Battleground,” will bring together top military, political, civic leaders and experts working on essential issues facing today’s veterans.

From Congress’ assessment of the Department of Veterans Affairs (VA), to women in combat, this event will explore challenges and examine the way forward for the new greatest generation. Sen. Richard Blumenthal (D-CT), Senate Committee on Veterans’ Affairs will be the keynote speaker for the event, joined by Post-9/11 Veterans Caucus Co-Chairs Rep. Tulsi Gabbard (D-HI) and Rep. Scott Perry (R-PA) and Representative Jeff Miller (R-FL), Chairman, House Committee on Veterans’ Affairs. 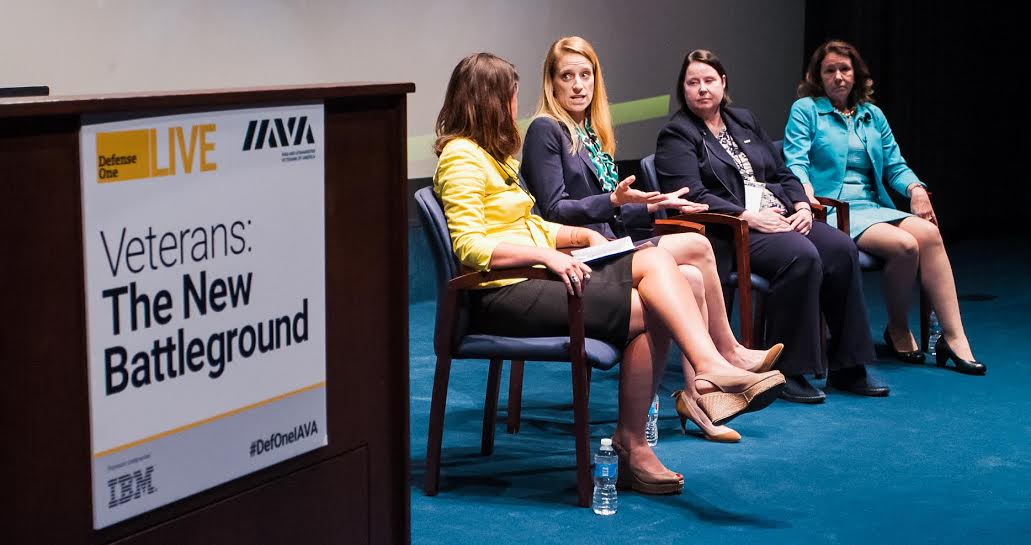 The IAVA community will be represented by Paul Rieckhoff, Founder and CEO of IAVA, who will be providing opening remarks at the event. In addition, IAVA Board Member Scott Feldmayer will serve as a panelist as well as IAVA Legislative Associate Lauren Augustine and IAVA Chief Policy Officer Matt Miller will provide closing remarks.

“We are thrilled to partner with Defense One for another event to bring together thought leaders on modern veterans affairs and discuss the challenges and opportunities that exist for our veterans and their families,” stated Rieckhoff. “While this forum is an ideal opportunity to discuss complex issues like the VA and the acceptance of women in combat roles, it is critical that this dialogue continues beyond this day and pave the way for real action on behalf of our vets.”

In 2014, Defense One and IAVA teamed up for the first “Veterans: The New Battleground” event focused on suicide prevention, reforms, job opportunities for veterans and the military-civilian divide.

“After nearly 15 years of war, we as a national security community have to ask: what comes next for America’s veterans?” said Kevin Baron, Defense One Executive Director. “As the fight changes, so do the fighters, with new concerns, issues and needs. This year, we’ll look into how veterans are fighting to keep the attention of the public, media and policy makers, while making progress in other areas, like bridging into corporate America. It’s our pleasure to partner again with IAVA to produce an event that shines light on one of our country’s most cherished assets: American veterans.”

This year’s event will be held at the Naval Heritage Center in Washington, D.C. Admission is free to all IAVA members and other interested participants can register at no cost here.

About IAVA: Iraq and Afghanistan Veterans of America (www.IAVA.org) is the leading post-9/11 veteran empowerment organization (VEO) with the most diverse and rapidly growing membership in America. As a non-profit founded in 2004, IAVA’s mission is to connect, unite and empower post-9/11 veterans. Celebrating its 11th year anniversary, IAVA has connected more than 1.2 million veterans with resources and community, and provided more than 5,000 veterans with personalized support from IAVA’s Master’s level social workers.

About Defense One: Defense One (www.DefenseOne.com) is a digital and events media brand that informs the U.S. defense and national security leadership community by delivering news, breaking analysis, and ideas on the topics  and trends defining the future of defense and national security. Produced by Government Executive Media Group of Atlantic Media, Defense One offers new voices and innovative, fearless commentary while providing national security leaders, influential professionals, stakeholders, and interested citizens across the defense spectrum with the information that they need.