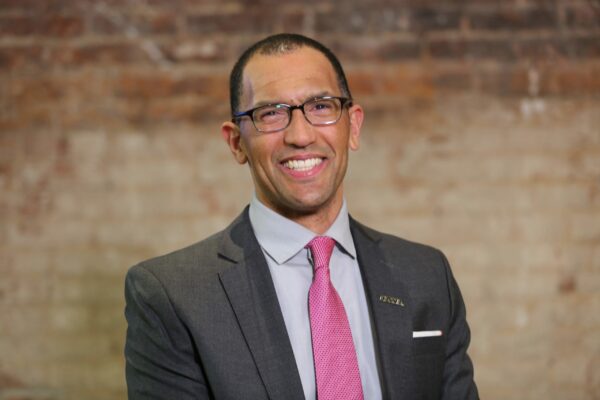 As a Black man and Navy veteran, I know firsthand that legal provisions and legislative changes are not enough to address the systemic biases, inequalities and discrimination that are socially ingrained within the military. For example, despite the U.S. Air Force’s internal findings in 2016 that it had “consistent” and “persistent” racial disparities in the prosecutions of Black service members, the service reportedly focused more on covering up the findings than fixing them. As a Black veteran, these disparities were no surprise, but I also know that veterans I work with and other leaders of color are continuing to fight to make the armed services more inclusive.

But it can be difficult to talk about progress when it tends to be overshadowed by giant steps backward. Nearly four years ago then-President Donald Trump banned transgender people from serving in the military, quickly eroding the progress made for LGBTQ individuals with the repeal of “don’t ask, don’t tell” and Obama administration provisions allowing transgender service members to serve openly. Transgender service members had been proudly and bravely risking their lives on the front lines for centuries. Now these patriotic transgender Americans, many with whom I served, were being told that the Department of Defense didn’t want them and they didn’t belong. I couldn’t help feeling like the veteran community had failed our service members under this ban.

I served in the Navy during the reversals of both “don’t ask, don’t tell” and the transgender military ban, and each time, opponents warned of the impending weakening of our military. Not surprisingly, the opposite occurred and our strength increased because the focus could now remain on readiness and not hiding who you were. A recent study by the Palm Center confirmed that the transgender service member ban had eroded the military’s effectiveness in battle, limited its recruiting pool and lowered morale among transgender people who had been grandfathered into service.

Fortunately, there’s newfound hope on the horizon. On Jan. 25, President Joe Biden issued an executive order lifting the transgender military ban and instructed the Pentagon to issue guidelines for returning to an inclusive service policy within 60 days. With these measures, Biden and Defense Secretary Lloyd Austin have shown a commitment to protect those who serve and honor the fundamental military principle of valuing people for the sacrifices they make to serve their country.

History has shown time and again that our military is stronger when it includes everyone. And the reality is that it already does include everyone — but not everyone has been able to serve openly as their true selves. So throughout the years, the military has worked to abolish discrimination based on race, national origin, religion, sex, sexual orientation and transgender status. In honor of Military Appreciation Month, I urge everyone to offer their respect and gratitude to those who serve on the front lines to protect our country.

Iraq and Afghanistan Veterans of America, the veteran service organization in which I serve as CEO, has always championed for equal rights for women, people of color, and LGBTQ service members. IAVA has supported groundbreaking legislation including the I Am Vanessa Guillen Act, the Military Justice Improvement and Increasing Prevention Act and more, to ensure that service members and veterans receive equal protection and resources under the law.

For our country to truly respect the contributions of the dedicated individuals who serve, those protections must apply both inside and outside the military. Congress has the power to ensure that transgender service members, veterans and their families are protected from discrimination in civilian life. If passed, the Equality Act will bring our federal civil rights laws into the 21st century by including explicit provisions for the LGBTQ community and expanding protections for women, people of color, and people of all religious backgrounds. It will grant every citizen the freedom to be their authentic selves, provide explicit protection from discrimination and harassment in housing, employment, health care, public accommodations and more, and bring us one step closer to equality and opportunity for all.

While it’s clear that progress has been made, there is still work to do within the military to ensure fair treatment for all and create a truly inclusive place for LGBTQ service members. The military community must prioritize equality and equity to address the needs of LGBTQ service members. Veterans and service members are respected leaders in our communities. We can make a change in how our society treats LGBTQ service members by both supporting the call for Congress to pass the Equality Act and setting our own example now. Something as simple as taking a little time to read educational resources about transgender issues, or practicing using language that’s not gendered can make a big difference in creating an inclusive community. With strong federal protections in place and military values to guide us, together we can create an environment of acceptance and protection, from the barracks to the homeland and everything in between.

This piece was originally published by the Stars and Stripes publication on May 20, 2021.