Read: You Could Have and Should Have Done Better 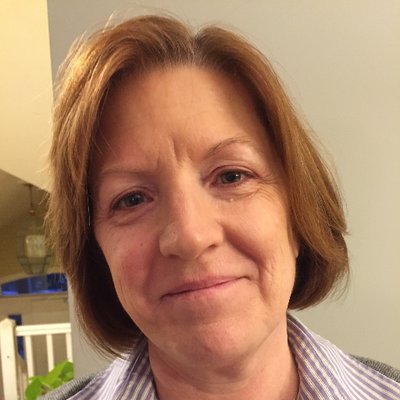 On Friday, the New York Post released this shameful front page after the Thousand Oaks tragedy:

THIS is what an irresponsible headline looks like. @nypost, this is a time to raise your typically low bar. Not lower it. pic.twitter.com/8q72Zd6f2t

It reinforced a damaging and destructive narrative that veterans and veteran advocates around the country have consistently disregarded and proven to be false. In a letter to the editor, IAVA Member Leader and supporter Stephanie Keegan addresses the NYPost’s front page:

My name is Stephanie Keegan. I am the mother of a veteran who died after waiting 16 months for treatment of PTSD from the VA. I am reaching out to express my serious dismay at the tone of the NY Post front page today, November 9, 2018.

Since the loss of my son in January of 2016 I have left my job to become a full time veterans advocate. I not only have experienced the terrible struggles my son went through, but I have met many other veterans struggling with the mental health demons of war labeled as PTSD. The headline of your front page, “War Vet Massacre – Marine Kills 12 in California club” has the potential of creating increasing stigma issues for our remarkable vets who struggle daily because of their service to our nation. The decision to go with the horrifying headline was not only in poor taste, but was massively inconsiderate and hurtful.

Getting through the day as a veteran, healthy, unhealthy, or anywhere in between is extremely challenging in the best of circumstances. Just from the perspective of employment alone our veteran community is massively misunderstood. Of course there are some employers who appreciate the real value of hiring veterans, usually because they are veterans themselves or have family or friends who served. More commonly the perceptions by employers of veteran hiring ranges from the idea that a vet will always be on time and structured in their performance, or that veterans are more likely to be unstable and dangerous. These inaccurate expectations can lead to disappointments on the part of the employer and the veteran.

We owe so much to our veterans, and as a large presence in the industry of news communications you should be much more careful with your presentation of a tragic story involving veterans. To those who are struggling with PTSD and the people who love them it feels like you have taken a bullhorn and screamed from the top of the Empire State Building that veterans are dangerous and unstable. The fact is that a struggling veteran is much more likely to harm his or herself than to commit a massacre. It doesn’t take very much research to learn that. Now people who haven’t done the research but are looking at your paper will feel they know what they need to and the take away will be incorrect and judgmental.

I lost my son and I will spend the rest of my life trying to prevent similar losses for other veterans and their families. What you have done with this front page will move veterans backwards and has the potential to do a lot of damage. I spent last night at the IAVA annual gala and the subject of the tragic events in California were discussed often and with great concern. The loss of all those beautiful lives which included a remarkable veteran working with Team RWB was so deeply painful for all in attendance, and the concern was that the acts of another veteran would be scarring to all veterans on so many levels.

As a mother and an advocate I am urging you to please consider the harmful impact your voice can have on veterans who might be increasingly stigmatized because of the lack of understanding of others. You could have and should have done better.

Learn more about Stephanie and her work here. And if you or someone you know is in need of support, our RRRP team is standing by.