Suicide amongst our nation’s troops is at the highest rate since the military began tracking data in 2001. The trend of a staggering 20 veterans-a-day taking their own lives has shown little sign of abating in the past decade. Veteran suicide is a non-discriminant killer and impacts people of all post-service backgrounds and experiences — yet many of the programs designed to aid veterans and increase positive outcomes for this population often focus only on a small subset of those in need, tailoring eligibility predominantly to Post 9/11 combat veterans who have one or more service-connected disabilities. At-risk veterans who fall outside of this purview are often left with no place to turn for support. This approach is logical and is easy to defend. Yet, it misses the big picture.

The Veteran Affairs (VA) National Suicide Data Report released in 2018 repudiates the notion that Post 9/11 generation of veterans account for the bulk of veteran suicides. Roughly 72 percent of veterans who die by suicide are over the age of 50 and many have never experienced combat. Recent studies examining military suicide have revealed that deployments are not associated with a higher risk for suicide; rather, rates are highest when associated with transition from military to civilian life. It is estimated that around 20 percent of veterans are struggling with PTSD. By contrast, the percentage of veterans who experience transition stress is above 44 percent.

According to the Department of Defense , in 2014 roughly 1,300 military service members and their families were transition out of the military and into civilian life a day. Lack of preparedness and understanding for what life is going to be like after the military has greatly hindered that process. Unfortunately, transition stress has received relatively little public attention. By and large, and not unjustly, post-traumatic stress has dominated public discourse. Mental health services are critical for transitioning service members who have been exposed to various forms of trauma and other stressors during the past decades of war. Yet, a tendency to employ PTSD as a catchall when allocating resources to address the veteran suicide epidemic has failed to curb the issue and has largely ignored the more prevalent driver of the crisis: transition stress.

As a Case Manager at Iraq & Afghanistan Veterans of America’s (IAVA) Rapid Response Referral Program (RRRP), the vast majority of veterans I’ve worked with – who span across all service eras – have reported difficulty adjusting to civilian life. Veterans are a population with a distinct culture, values, customs, ethos, codes of conduct, and even a unique pattern of communication. During transition, veterans may experience a number of profound losses, including a loss of purpose, structure, status, a sense of belonging and – perhaps most critically – the loss of support systems they’ve long relied on. Collectively, these losses can lead to anxiety, depression and other behavioral challenges which can cascade into difficulties obtaining meaningful employment, strained interpersonal relationships and challenges integrating into civilian communities.

These stressors can last months or years – and in some instances, a lifetime.

The Department of Defense should take transition as seriously as it takes recruitment and training. As it stands, now – it does not. The DOD’s Transition Assistance Program is woefully inadequate, offering little by way of meaningful training and resources for service members at-risk of struggling with employment, education, housing, and financial management upon exiting the military. Coupled with a lack of clinical research on transition stress, a wide chasm in understanding the nuanced impact of post-service integration persists.

What is known is that not all veterans are treated equally, leaving far too many to fall through the cracks if they don’t fit strict parameters of eligibility set by the organizations meant to serve them. Limited resources means some of our most at-risk veterans receive little support.

If our nation is to make serious headway in tackling veteran suicide in the years to come, veteran transition needs to become a focal point of the conversation. We must find a way to deliver services to all current living veterans, not only the ones that have fought in the most recent conflicts. By focusing more squarely on transition, we may very well be able to quell the epidemic plaguing the lives of far too many of our heroes — and save lives. 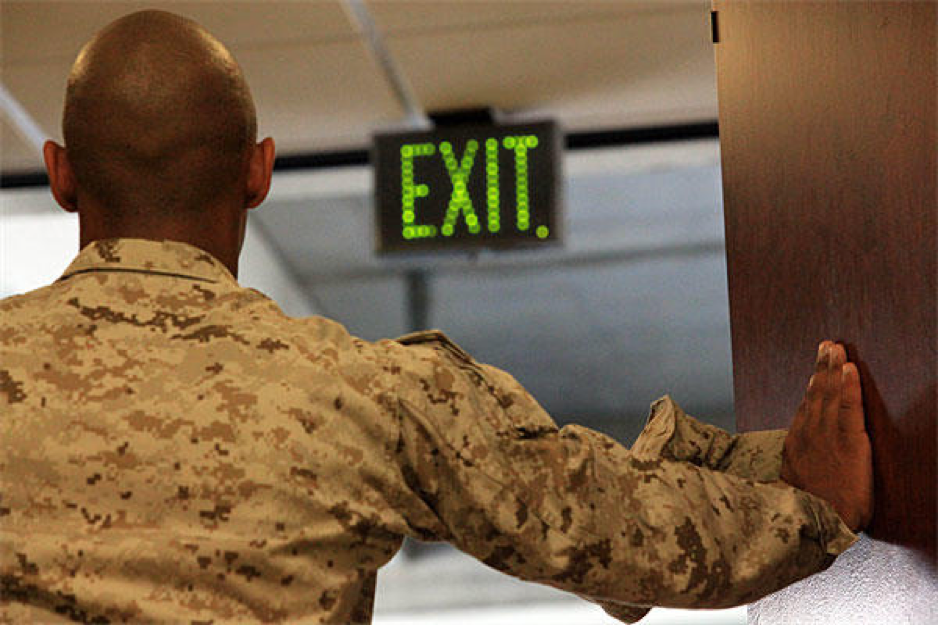