Read: Running Has Always Been My Escape 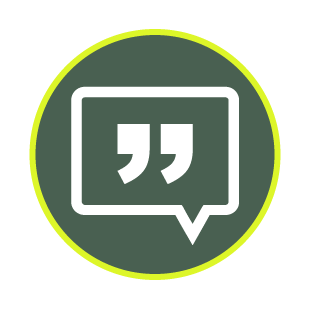 I joined the Navy in April 2013 as a reservist. Having the opportunity to pursue my dream of joining the military while being available to take care of a terminally ill father was something that was important to me. Unfortunately, just days after I joined the Navy, my father passed away. Years later, my mind goes back to that hospital room and I can picture everything perfectly. It’s like I’m there all over again experiencing that moment again and again. It wasn’t until late 2017 that I was told that this event, among other events, showed clear signs of PTSD.

The other events showing clear signs of PTSD occurred in the early months of 2017 when I was on a deployment to Djibouti, Africa. During the beginning months of my deployment, I didn’t understand why my job was so important. I thought it was all about going on missions and just getting the job done. At different moments, I would pick up on distinct tones from my boss that screamed panic, worry, stress, and unease. In the moment, I didn’t understand what his concerns were all about and I didn’t know that this would come back to haunt me later.

Midway through deployment, I had my first breakdown. We had just lost our first service member during an operation, while many more were injured. Consciously, every service member knows that there is a possibility of this occurring, but it never seems real until it happens. Just months later, we lost more.

It wasn’t until this very moment that I realized why I was there. I finally realized what my job was and what I was doing. My job was to be an enabler. I was enabling the lines of communication between my boss, his boss, and all others involved with high end decision making. I was enabling my boss to make the call to go in and fire. I was enabling a killer mentality without even knowing it.

Nights became very hard for me. I couldn’t sleep. When I did finally fall asleep, I had a series of night terrors that would force me wake up. That would lead to extremely long, exhausting days. Everything seemed to make me anxious and edgy, but it was like there was nothing I could do about it. I just couldn’t wait to go home and hopefully end my everyday nightmare.

Going home after deployment proved to be no different. I was still living a nightmare every day, so I reached out for help. I began seeing a therapist frequently because I didn’t know where else to go or who else to turn to that would understand. After several sessions, she told me that I was experiencing clear signs of PTSD. The difference between these signs and the signs that occurred before with my dad was that I didn’t want to keep going this time. I thought about dying every single day and about how much easier everything would be if I could just shut my mind off forever.

My therapist told me that I needed to do something to overcome these games that my mind was playing with me. I couldn’t finish a workout to save my life at the time, but I could finish a run. The further I ran, the better I felt. It was almost like I was literally running away from my problems. This seemed to be one of the only activities I could be good at while trying to sort out my thoughts, so I kept running.

In late September, I stepped up to the starting line and put all of my months of hard work to the test. I began running and it instantly felt like a huge weight was lifted off my shoulders. The emotion was so overwhelming and it fueled me even more. Around mile six of the race, I teared up. I just kept thinking about how I survived a massive battle with suicidal ideation and how I was still here today because I chose to run my problems away. An hour and fifty-five minutes later, I crossed the finished line and fell into the arms of a family that loves and supports me even when PTSD is present.

Running has saved my life and it has given me something to look forward to. It’s been one of the biggest challenges in my life, but it’s been the channel that I’ve always needed and turned to when I needed to release my emotions. Running has helped me heal and it’s given me a sense of who I am again. Without running, I might not be here today.