In early June, the US Census Bureau released their report: Those Who Served: America’s Veterans From World War II to the War on Terror. This report uses data from the 2018 American Community Survey and describes demographic, social, and health characteristics of American veterans and compares veterans of different service eras.

One notable finding in the report was the significant decline in the veteran population in the last twenty years. The veteran population in our country has fallen from 26.6 to roughly 18 million since 2000. Of the more than 16 million veterans who served in World War II, fewer than 500,000 are alive today. During World War II, one in three American men served in the military. Whereas, today less than one percent of Americans currently serve in uniform. By 2040, the Census Bureau projected there will be less than 13 million veterans living in the United States, less than half of the high of 28 million in 1980. 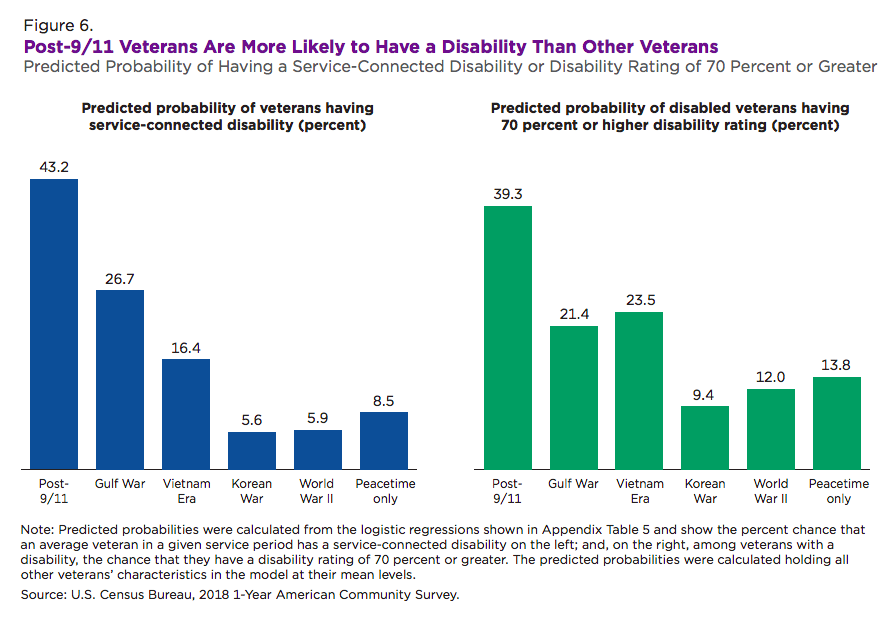 It is common for a post-9/11 veteran to have deployed three, four, five or even 14 times for this soldier in support of the Global War on Terror. Not only are deployments more frequent but average days spent in combat are much higher than previous wars. In our most recent survey, 55 percent of IAVA members reported multiple deployments to Iraq and/or Afghanistan. The lack of dwell time has had clear and detrimental effects on the mental health of veterans.

The average weight carried by the infantry has skyrocketed since Vietnam, and servicemembers routinely haul 70-100lbs more than the Army manual recommends. I once stepped on a scale in full kit before a three day foot patrol in Afghanistan and weighed over 280lbs, twice my bodyweight. Unsurprisingly, post-9/11 veterans report high rates of musculoskeletal injuries and the additional weight carried is a prime suspect. In 2011, Military Medicine discussed the potential link between body armor and an increased risk of suffering musculoskeletal injuries. 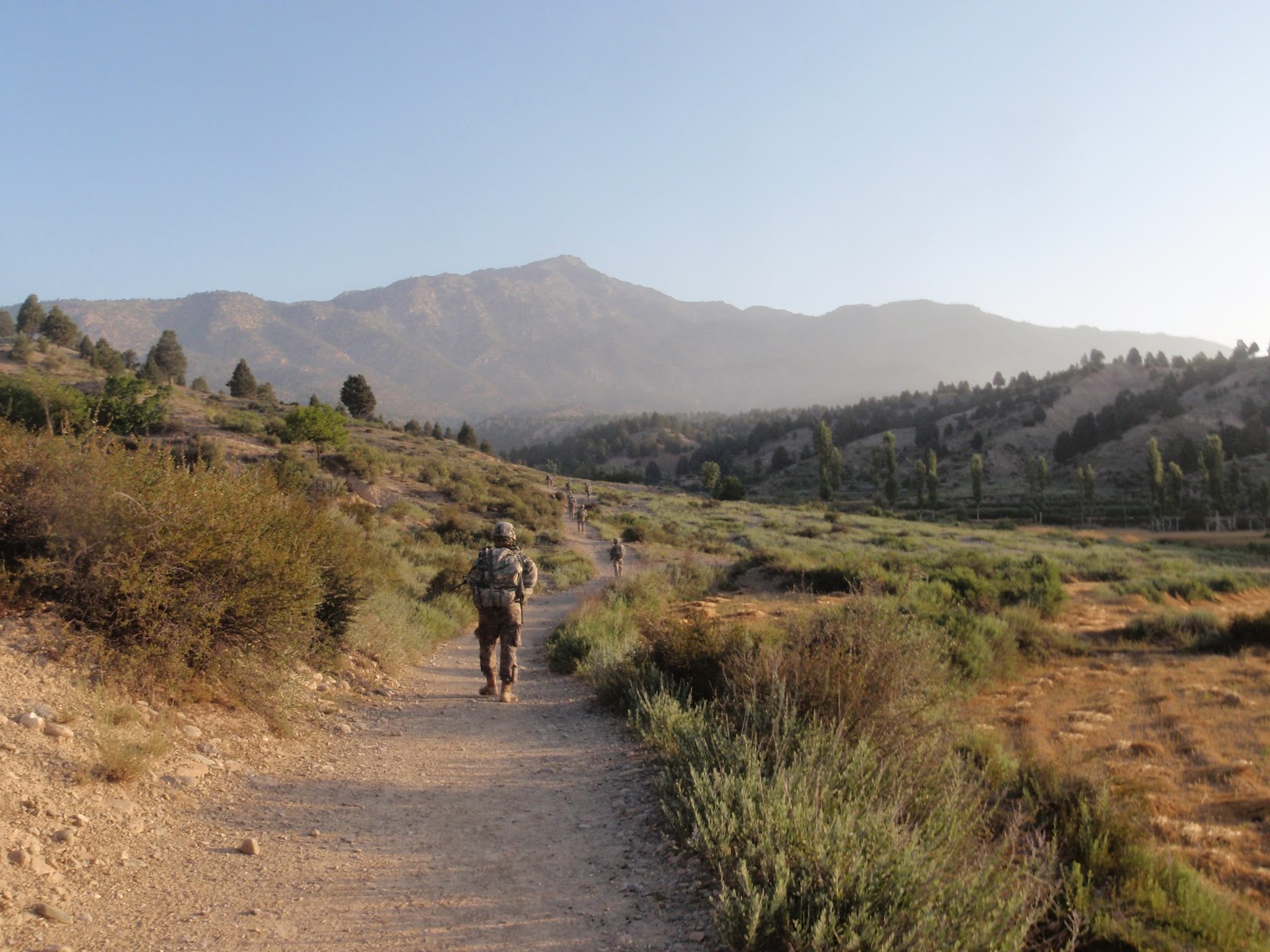 My platoon on patrol in Afghanistan

Furthermore, the advancements in modern armored vehicles, protective body armor, and improvements in battlefield care have resulted in higher survival rates of wounded servicemembers. An NPR report in 2011 compared survival rates of wounded servicemembers from our nation’s wars. The ratio of wounded to killed was 1.7 to 1 during the Second World War, 2.6 to 1 during the Vietnam War, and 7.4 to 1 in Afghanistan. While these advancements are  clearly saving lives, many vets are coming home with significant mental and physical injuries.

Traumatic brain injury (TBI) has been called the “Signature Injury” of the wars in Iraq and Afghanistan. It is common for veterans of Iraq and Afghanistan to have survived multiple IED blasts, one guy in my unit was hit 14 times in Ramadi. In 2008, IAVA wrote a white paper on this matter and highlighted the significant memory, emotional, vision, hearing, and speech problems that veterans face after experiencing a TBI.

IAVA Has Your Back

We know physical and mental health is a top concern for IAVA members. 74 percent of our members report having chronic pain due to a service-connected disability. That’s why we have built recommendations for policymakers to address veteran’s health into our latest Policy Agenda: A Lasting Legacy, our roadmap for America. Check it out here.

We know that this time can be stressful and IAVA’s Quick Reaction Force (QRF) is here to help! This program provides confidential 24/7 peer-to-peer support, comprehensive care management, resource connections, and can help with accessing your VA Benefits. To get connected to a Veteran Care Manager for immediate help anytime, day or night, please call 1-855-91RAPID or fill out our online form here. If you are a veteran or a veteran family member facing challenges or have questions, QRF can help by providing 24/7 peer support and providing connections to quality resources so you can get back on your feet and meet your goals.

If you are currently experiencing a crisis please contact the Veterans Crisis Line at 1.800.273.8255, and press 1. Alternatively, use the Crisis Text Line by texting “RISING” to 741741.