Today, IAVA proudly announced that Melissa Bryant, a former Army Captain and Iraq war combat veteran, has been elevated to Chief Policy Officer. Formerly IAVA’s Director of Political and Intergovernmental Affairs, Bryant brings extensive experience in government, veterans affairs and the military to the role of leading IAVA’s innovative advocacy and research team in Washington, DC. She’s been a powerful voice for Post-9/11 veterans on a span of critical issues including mental health and suicide prevention, VA reform, and a lead spokesperson for IAVA’s groundbreaking She Who Borne The Battle campaign to recognize and support women veterans. Bryant has testified before Congress, served as a liaison to the White House, Pentagon and VA, and appeared frequently in local and national media. 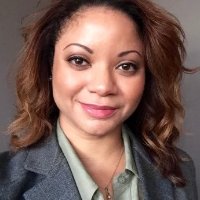 She has an extensive record of public service as an intelligence officer and in the civil service. A plans, policy, and operations expert with 15 combined years of experience in the federal government prior to joining IAVA, Bryant has served in key leadership positions with the Defense Intelligence Agency, the Joint Staff, the United States Military Academy, and Army Intelligence.