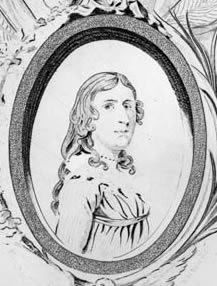 Deborah Sampson is a veteran of the Revolutionary War, and one of the first known women who fought in uniform for this country. Sampson disguised herself as a man and joined the Patriot forces and was the only woman to earn a military pension for her participation in the fight for American independence.

In 1782 the patriotic Sampson disguised herself as a man and joined the Fourth Massachusetts Regiment. At West Point, New York, she was assigned to Captain George Webb’s Company of Light Infantry. She was given the dangerous task of scouting neutral territory to assess British buildup of men and materiel in Manhattan, which General George Washington contemplated attacking. She led a raid on a Tory home that resulted in the capture of 15 men. At the siege of Yorktown, she dug trenches, helped storm a British redoubt, and endured canon fire.

For over two years, Sampson’s true gender escaped detection, despite close calls. However, after becoming ill during an epidemic, she was taken to a hospital and lost consciousness, and the fact that she was a woman was discovered.

Sampson returned to Massachusetts after receiving an honorable discharge from the Army and embarked on a speaking tour for a year sharing her experiences. Sampson was the first woman in America to do this –– sometimes dressing in full military regalia.

Deborah Sampson, a veteran of the Revolutionary War, is #SheWhoBorneTheBattle and the inspiration for the IAVA led Deborah Sampson Act.

ABOUT THE BILL
In addition to asking Congress to support a change to the VA’s non inclusive motto, The Deborah Sampson Act addresses gender disparities at the VA to ensure that women veterans are getting equitable care. This bill will provide for enhanced access to VA care and will ensure women veterans are getting the benefits they have earned through their service.

You can read an entire summary of the bill here.