Our members flew into Washington, DC from around the country to spend June 10-14 advocating for IAVA’s top priorities with elected officials and thought leaders. IAVA’s Storm The Hill is conducted several times per year and also serves as an important component of our professional development program. 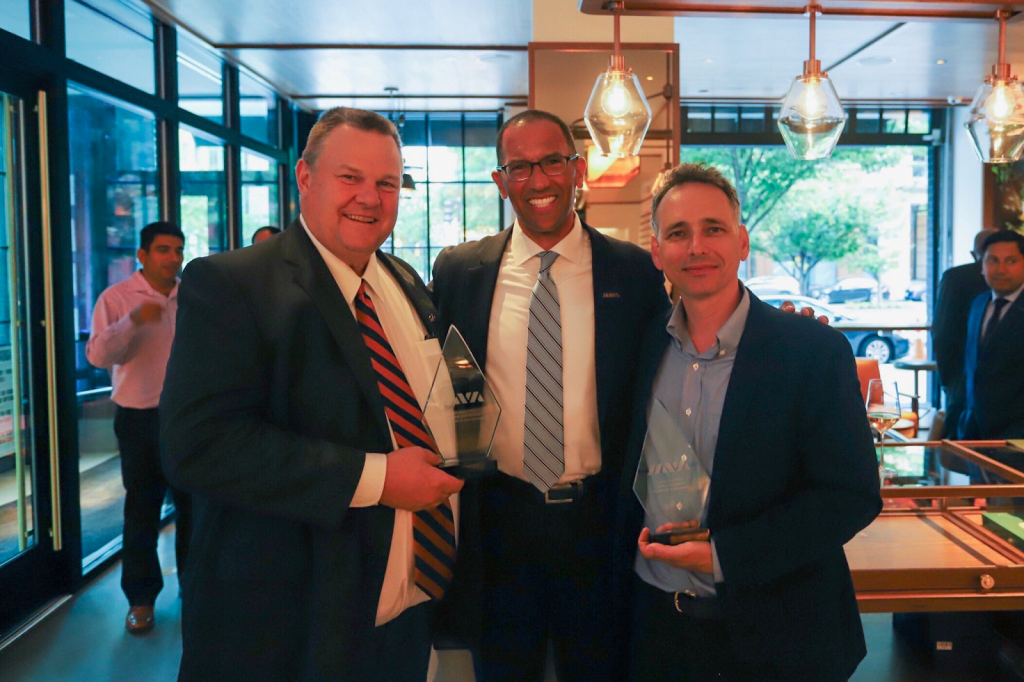 Our stormers spent Monday in all-day training sessions in order to learn how to best advocate for IAVA’s policy agenda, as well as present themselves to members of the media and Congress. After training, stormers and staff gathered for our annual IAVA Salutes Awards. At Salutes, a Member of Congress and a member of the press is honored for their dedication to supporting and serving the veteran community. This year, Sen. Jon Tester (D-MT), the Ranking Member of the Senate Veterans Affairs Committee, and NPR’s Quil Lawrence were honored. Tester is the lead sponsor of three of IAVA’s top legislative priorities, including the Commander John Scott Hannon Veterans Mental Health Care Improvement Act (S. 785), Deborah Sampson Act (S. 514), and VA Medicinal Cannabis Research Act (S.179/H.R. 712). Lawrence has covered Iraq and Afghanistan for twelve years, having served as NPR’s Bureau Chief in Baghdad and Kabul.

Tuesday was the first of three days on the Hill for our stormers. Splitting into Alpha, Bravo, and Charlie teams, they met with many Members of Congress to discuss IAVA’s Big Six priorities and related legislation to improve the lives of veterans. Notably, our teams met with House and Senate leadership and leadership of the Veterans and Armed Services committees, who have jurisdiction over the lion’s share of federal policy affecting the military and veteran community. 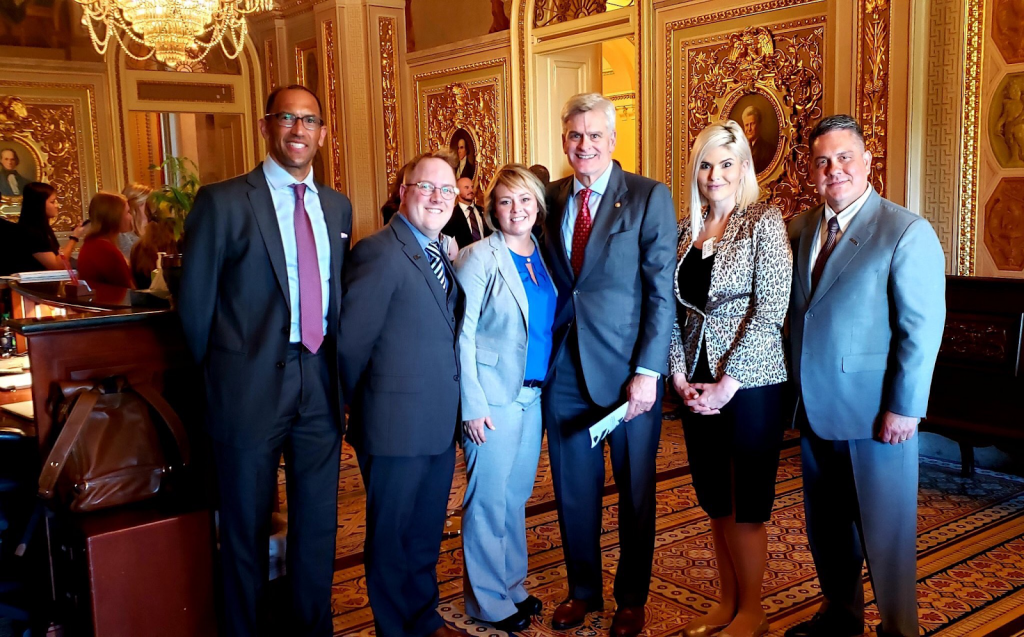 Tuesday evening, all three teams met many VSO partners and mental health groups outside the Capitol for a suicide prevention rally to share stories of hope and find inspiration. The issue of suicide is particularly painful and personal to the veteran community, and the rally was a sobering reminder that, while Storm The Hill is a fun, high energy week, we often must confront challenges that are very painful to our community. 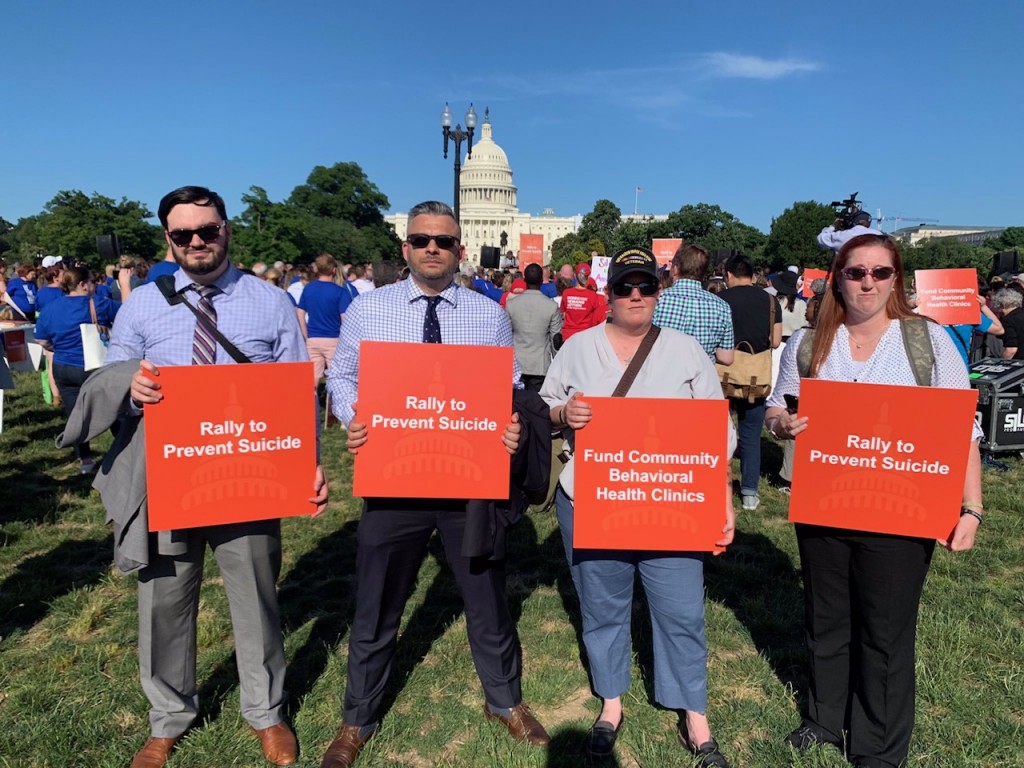 Thursday morning, we learned (and celebrated) that the House Armed Services Committee had passed the IAVA-led Burn Pits Accountability Act as part of the annual Defense bill late the night before! This is huge news for our advocacy efforts and we thank Reps. Tulsi Gabbard (D-HI) and Brian Mast (R-FL) for fighting to move the bill.

IAVA then joined Student Veterans of America, Veterans Education Success, and student veterans for a press conference focused on protecting military-connected education benefits from predatory schools as the House and Senate begin the process of reauthorizing the Higher Education Act. Afterward, we broke off into teams to meet with more than 80 Congressional offices to ask them to protect our community from schools whose main goal is to profit from military/veteran education benefits and provide only a poor education in return. Our veterans were able to speak about their personal military experiences and how poor performing schools have negatively impacted their lives. 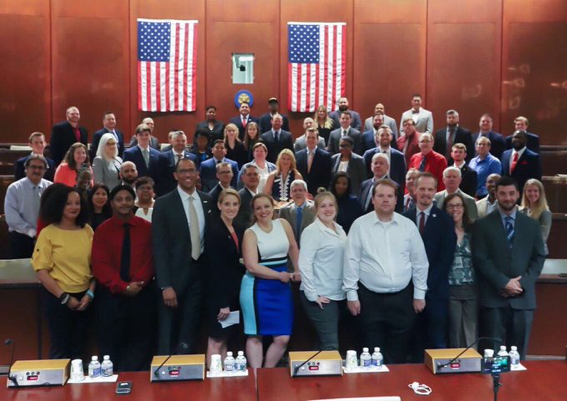 Finally, after a long day of progress and meetings, IAVA volunteers, members, and staff were able to relax and enjoy a Nationals baseball game (thanks to the generosity of the Nationals)! 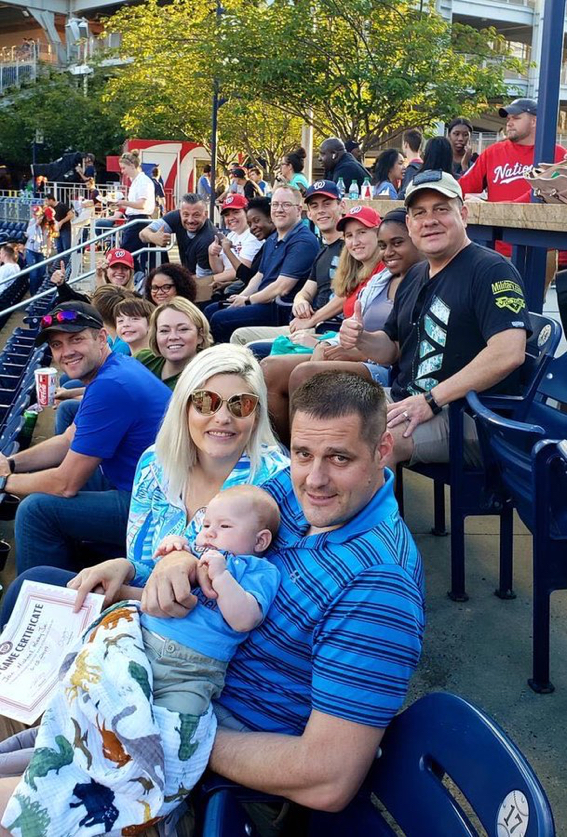 The IAVA family at the Nationals baseball game Thursday night

After more than 100 meetings on Capitol Hill, receiving 12 new co-sponsors on the legislation IAVA supports, and seeing the Burn Pits Accountability Act passed by the committee, our June 2019 Storm The Hill has been extremely successful! Storm The Hill is so crucial in advocating for our veterans because it allows our nation’s representatives to sit down with the veteran community and hear its concerns first-hand. However, Storm the Hill cannot happen without the efforts of our loyal IAVA members and supporters, so thank you to all those who made Storm The Hill possible.