For every action, there is an equal and opposite reaction. – Newton’s Third Law

In it’s own right, that’s the best way to sum up my recent experience with Iraq and Afghanistan Veterans of America. 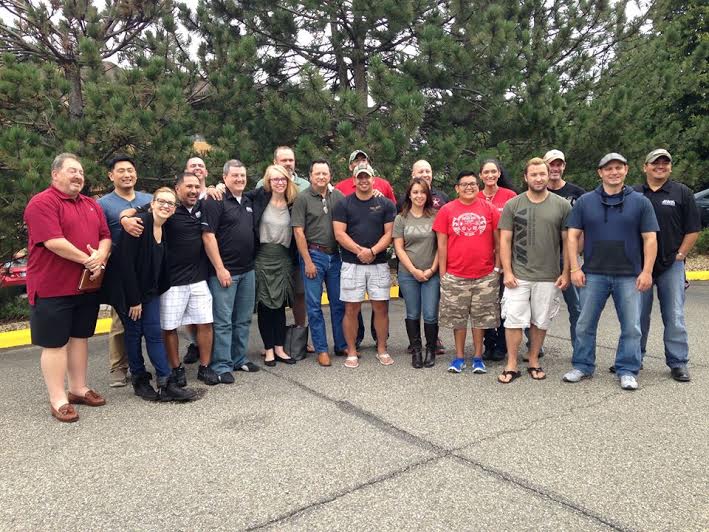 To quickly summarize my story and how I came into contact with IAVA goes like this…I needed it. To be clear, I’m not a combat veteran but needless to say I’ve had my fair share of experiences you don’t share at Thanksgiving during my time in the U.S. Navy. Furthermore, the transition from military life to civilian life was not as easy as TAP class made it out to be. At some point depression, insomnia and all the other fun stuff just started to become its own beast.

Eventually, I ended up at the VA. I saw an IAVA pamphlet and after 6 months into a cycle of insomnia and becoming a near shut in, I reluctantly signed up for my first IAVA event – it was the Dodgers Warm-up courtesy of Miller High-Life and Tom Lasorda. I’ll never forget that day – my friend dropped me off and I slowly gravitated to a group of individuals that were obviously veterans. It took 15 minutes of stiff introductions and then someone exhaled. By the time we had reached the dug out the familiar banter was in full swing. As a reporter was interviewing us, an outgoing guy with 6 skin grafts under his belt and a new arm said something that ultimately changed the course of my journey. He said, “I’m glad I’m here around other veterans. I hadn’t left my house in months and felt like I was holding my breath this whole time and now I feel like I can breathe again because I’m here with my brothers and sisters in arms.” True story.

Since that day, I started to volunteer here and there with IAVA when I could. I started getting involved in local veterans events because I could never forget there were others out there that were holding their breath and needed to breathe. It wasn’t an extraordinary measure – just helping whenever anyone asked and participating in IAVA events. I learned that it was important to look out for each other, so I did what I could when I could.

This year, I was committed to being more dedicated and volunteering, giving back to fellow veterans living on the Hopi reservation in northern Arizona. When I was given the opportunity to attend the IAVA Inaugural Leadership Summit in Minneapolis, MN last month, I eagerly said yes. As the agenda was revealed and in the days leading up to the Summit, I anticipated the experience. Nothing could have prepared me for what I was to experience in those 4 days. When I received my welcome packet, I skipped the profile bios only because I wanted to get to know the other veterans organically. I’m glad I did because I don’t know if I would have stepped on the plane after reading the extraordinary things the other 24 participants were doing for their communities.

My roommate was an accidental pairing that was spot on – yin and yang of collateral damage. There was not a 15 minute intro, it was full speed life story and antics from the gate. The first day of the Summit we received tools and swag. That morning was quickly reminded me of my first IAVA event. The first 15 minutes was introductions and ice breakers. Then the ice was crushed. We exhaled and the banter began.

The IAVA Summit facilitators were amazingly organized and focused on providing the best the summit could offer. They really worked hard behind the scenes to keep things smooth and running, especially the intern – who often times had to squarely plant her feet and resolve a dispute over what team won a scavenger hunt. 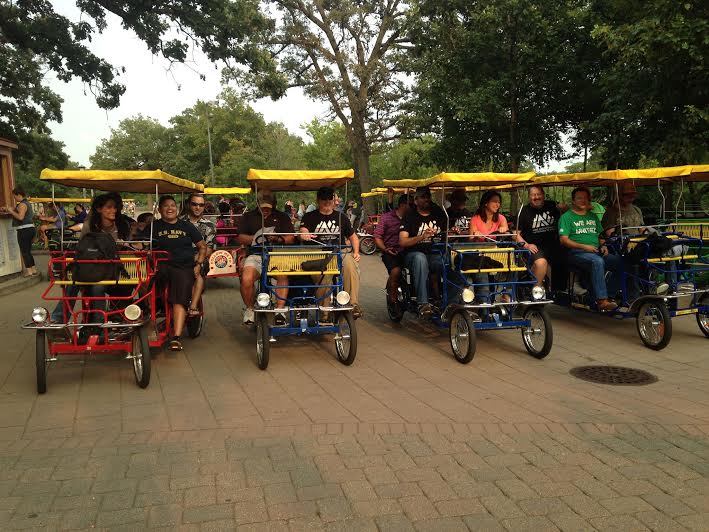 After the first day, I went back to my room and began to read the profiles of each individual. I was amazed! Each person was making their way to helping veterans in one fashion or another – everything from organizing a #VetTogether or larger scale veterans event to resourcing and networking in order to help veterans heal. As the Summit progressed I began to hear so much more about what they were doing in their community and what was working. Tying that together with the IAVA outreach model as well as learning more about the ins and outs of IAVA resources and the community site myIAVA, I began to get this feeling. I wanted to bring what they had going on in their communities home to Hopi and wherever else I could. My mind started racing with ideas and plans. Then a thought brought me to a screeching halt. What if I can’t do it on my own?

During a network mapping exercise, we were given an opportunity to conceptualize and plan an event. Fortunately, there was another woman veteran was also located in California. So we began to collaborate on a VetTogether in our respective area. This was the essence of the summit. A group of motivated veterans on a common ground came together to share and network with each other resulting in action. More amazing was that a community was growing exponentially. It is hard to tell all that was going on behind the scenes of the 2015 Inaugural IAVA Leadership Summit. It was even harder to see that somewhere in there we were sharing our stories with each other and finding a common bond. We were #VetsRising in all sense of the word. It’s hard to explain the feeling except that for 4 days we all breathed and it was as if we had known each other forever. We all served together. Looking back on Newton’s Law about action and reaction, I believe the experience at the Inaugural IAVA Summit we defied the stereotypes and unpopular portrayals of broken, immobilized veterans. We defied even Newton’s Third Law and created Veteran’s Law of Action:

For every veteran action, there is an equal and greater forward reaction.

Together we can breathe.