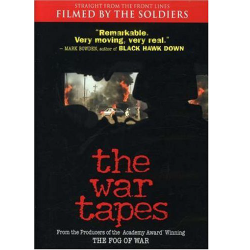 This Tribeca Award-winning documentary is one of the first and best films about the war in Iraq. IAVA served as a technical advisor and validator, hosted viewing parties nationwide, included featured characters in IAVA panels and events, and authored supportive articles with partners, including the Huffington Post. IAVA distributed thousands of DVDs, supported the broadcast premier on CNN, and awarded the film with their Seal of Approval.