Vets to Dem Candidates: Lay Out Vet-focused Policies in Debate

LAS VEGAS (October 9, 2015) – Next Tuesday, as the 2016 presidential race continues with the first Democratic primary debate moderated by CNN’s Anderson Cooper, Iraq and Afghanistan Veterans of America (IAVA) will hold a pre-debate press conference at Wynn Las Vegas putting candidates on notice that they will be held accountable to veterans. IAVA, the nation’s first and largest nonpartisan organization for veterans of the wars in Iraq and Afghanistan, also looks to moderator Anderson Cooper to press candidates to outline specific policies that address the issues facing our nation’s post-9/11veterans and their families. IAVA also encourages veteran members and supporters to use the hashtag #IAVAVotes throughout the debate to focus social media attention on vets issues. 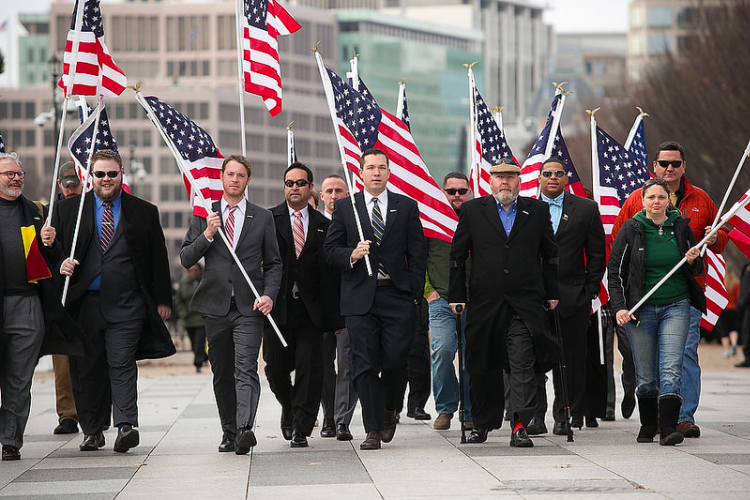 “In the past decade since IAVA’s founding, the presidential campaigns and succeeding administrations have dealt with questions of active wars concerning three operations across two countries. Despite monetary and strategic support from Washington, the true burden of war was placed on less than one percent of the population — the 2.8 million service members who voluntarily served in Iraq and Afghanistan,” said Paul Rieckhoff, IAVA Founder and CEO. “During the two prior presidential debates, veterans were only mentioned in throw away lines. The post-9/11 veteran community will not stand on the sidelines while our issues are ignored. This is why we will be on hand in Las Vegas, as a nonpartisan organization, to challenge every candidate to stand with our vets and to ensure our voices are heard.”

To spur the debate around veterans’ issues, IAVA today sent letters to the DNC and RNC chairs urging them and the debate sponsors to select an upcoming presidential debate to be focused exclusively on veteran and military issues. Alternatively, IAVA asked the national parties to support an IAVA-hosted event focused on one-on-one conversations with each candidate on veterans issues. IAVA believes that in so doing, the American people will better understand how each candidate will take care of those who have served the highest calling in our nation.

“Of the 20 candidates remaining from both parties, only seven have a section on their official campaign website that acknowledges veterans issues while only one candidate has offered a detailed policy platform for veterans. This is disappointing. Especially when only three candidates have ever served in uniform,” said Bill Rausch, Iraq War veteran and IAVA Political Director.

“CNN and Anderson Cooper have a strong track record of covering veterans issues,” Rieckhoff continued, “and Tuesday night is a perfect opportunity for them to ask questions like:

“One year from now, IAVA and it’s members will be back at this very location for the final presidential debate before voters head to the ballot box,” added Rausch. “As candidates go through the next year campaigning, we expect them to provide post-9/11 veterans and our families concrete policies that address the issues we face on a daily basis.”

The first Democratic debate will take place at the Wynn Las Vegas at 9 p.m. ET / 6 p.m. PT. To stay up-to-date on which of the 20 candidates have provided positions on veterans issues, voters can visit IAVA’s Presidential Tracker at IAVA.org/iavavotes.