Washington, DC (June 11, 2018) – Last week, Iraq and Afghanistan Veterans of America (IAVA), the leading voice of the Post-9/11 generation of veterans, testified on legislation to initiate support for injuries from burn pits and other toxic exposures, and continued to advocate for its Big 6 priorities during its quarterly Storm the Hill. Earlier last week, IAVA members and leadership met with House Armed Services Committee Chairman, Representative Thornberry (R-TX), to discuss the growing movement.

IAVA members attending the meeting reflect a wide range of diversity and come from across the country. Attendees included Tom Porter, Travis Horr, Estelle Stewart, and Will Sheehan. 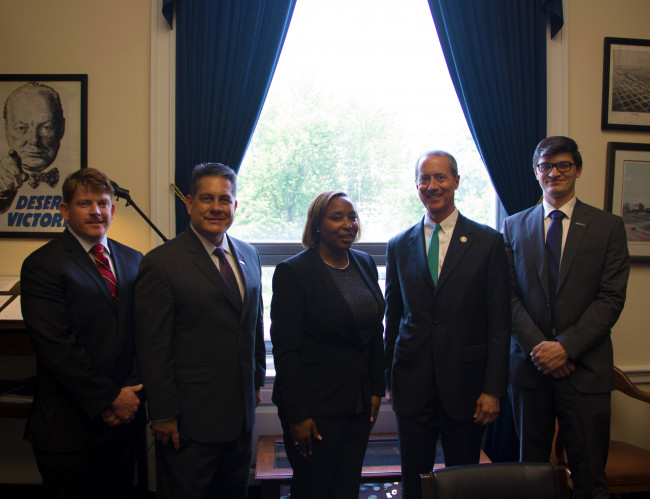 “IAVA members are grateful to Representative Thornberry for his time today. Representative Thornberry has been a long time supporter and partner and we appreciate his leadership,” said Melissa Bryant, Chief Policy Officer of IAVA.“We were pleased to share the highlights of our ‘Big 6’ campaign with him today and look forward to working with him and the House Armed Services Committee to ensure our members’ voices are heard.”