NEW YORK, NY (March 15, 2018) — Today, as reports continue that President Trump is considering replacements for VA Secretary David Shulkin, IAVA released a groundbreaking poll of more than 4,000 members of the post-9/11 veteran and military community. The poll, which is the only public and current poll of its kind, comes after an Inspector General report revealed the Secretary misappropriated funds for his personal travel, multiple additional IG reports have grabbed headlines, and in the midst of reports that President Trump may have asked current Energy Secretary Rick Perry to lead the department. 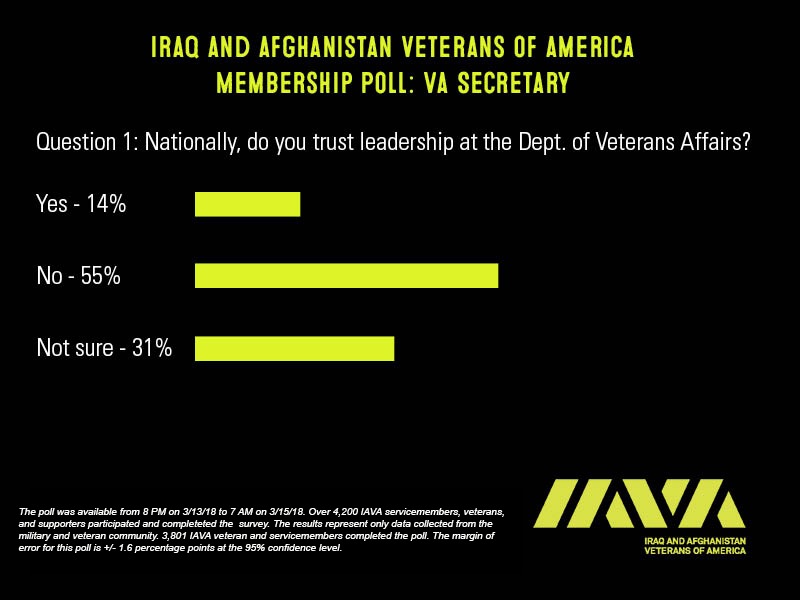 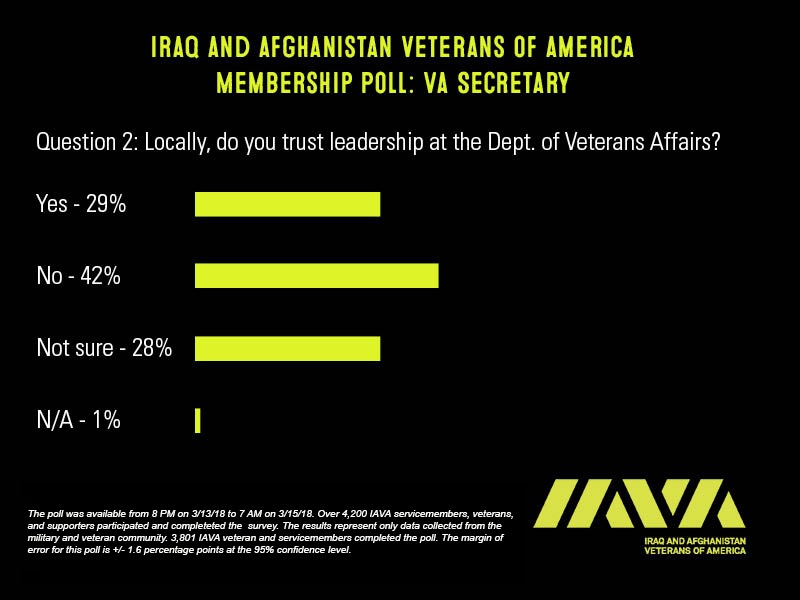 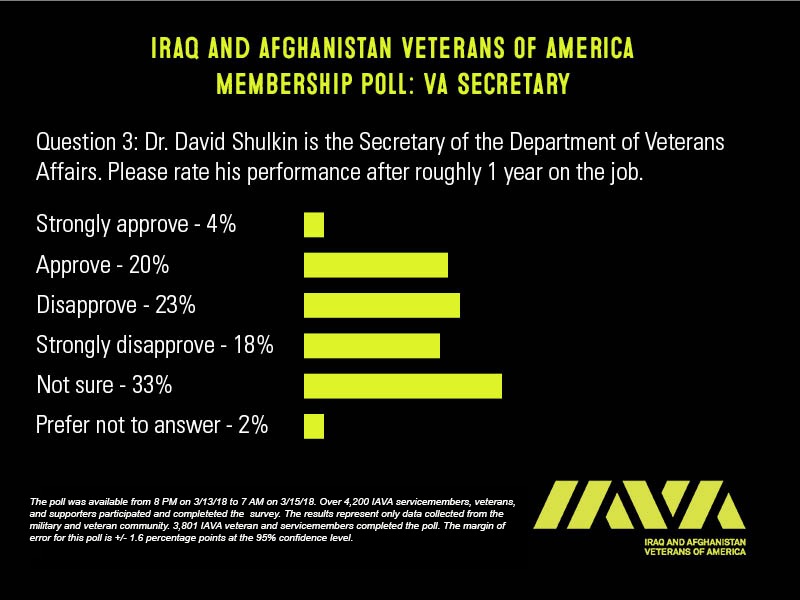 “This poll shows in stunning clarity that many post-9/11 veterans are deeply dissatisfied with VA leadership right now. IAVA members read the news and are very concerned about the current state of affairs. Many of our members depend on the VA and expect stability, clarity and effectiveness. And they know dedicated employees at VA (which includes many of our members) deserve the same. IAVA members are clearly tired of repeatedly being disappointed, and their voices should drive this national conversation at this critical time for veterans, the President and all Americans. We hope that the President and the VA Secretary will hear our voices now. As we’ve been saying for the past year, politicians need to stop politicizing veterans and start listening to them,” said Paul Rieckhoff, Founder and CEO of IAVA. “While opinions vary, most veterans are fed up with seeing the VA in the headlines for scandals and political drama. They expect to see VA solid leadership focused on delivering outcomes for veterans. Our veterans have outlined exactly what they want to see done in Washington and for VA nationwide, and will push to cut through the noise to move our country forward. But that’s hard to do with leadership struggles continuing at VA on an almost hourly basis. The time for strong leadership for veterans is now.”

Methodology: Emails were sent to IAVA’s members inviting them to participate in IAVA’s poll on VA leadership. The poll was also made available to members on IAVA’s internal platform: myIAVA. The poll was available from 8 PM on 3/13/18 to 7 AM on 3/15/18. Over 4,200 IAVA service members, veterans and supporters participated and completed the survey. The results represents only data collected from the military and veteran community. The numbers reported here are from 3,801 IAVA veteran and service members who completed the poll. The margin of error for this poll is +/- 1.6 percentage points at the 95% confidence level.